Apple to host One More Thing event today: Here is how to watch the Livestream 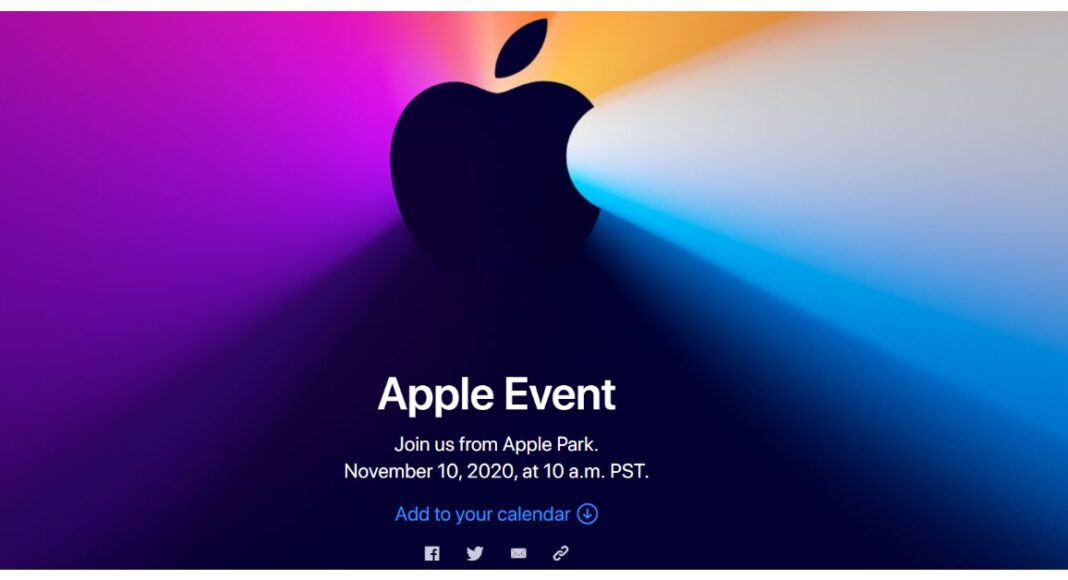 Apple is all geared up for its another event One More Thing that is going to be hosted today. Now you must be wondering that everything has been announced from Apple Watch 6 to iPhone 12 series then what else is left? Well at today’s Apple event the company is expected to unveil its first Arm-based computers Just like Bionic chipsets used on iPhone and iPad the new Mac will be using Apple-designed silicon replacing the Intel made chipsets to make its devices more power-efficient.

The Apple event is scheduled for today that will kick start at 10 AM PST and at 11.30 PM IST. The One More Thing event can be streamed straight from the company’s website also via the company’s official YouTube channel.

In September, Apple announced its latest Apple Watch 6, Watch SE and Apple One. While the October Event witnessed the launch of  HomePod Mini smart speaker and iPhone 12 series of handsets. So, today’s event showstopper will be Mac and more devices to show off along with long-rumoured AirTags beacons. In addition to this a smart headset which is AirPods Studio is also a long shot possibility which Apple might bring to the table today.

At the WWDC this year the company announced that the new Mac computers will be shipped with home-built chipsets. The new Arm-based chipsets will bring competitiveness in the market which is dominated by Intel and AMD. The MacBook devices will be powered by new chips that are designed by Apple and will be based on computing architecture technology from Arm Ltd. But a report suggests that the company will have the chips manufactured by Taiwan Semiconductor Manufacturing Co that also makes chipsets for iPhones. Though the company has been tight-lipped to maintain secrecy Bloomberg reported that today we might see a 13-inch MacBook Air, a 13-inch MacBook Pro and a 16-inch MacBook Pro. All the machines are likely to miss out on a mini-LED display however it is expected to be available on 14-inch and 16-inch MacBook models launching in 2021.

The computers will be shipped with macOS Big Sur which is the company’s latest operating system which will have a new look. It will bring a refreshed design redesigned buttons, Control centre interface, new app icons for default apps. Apps such as Podcast, calendar and other apps have been redesigned. It is going to be available for compatible Mac machines this fall.

Apple AirTags are the other long-rumoured products to finally launch today. The leaks suggest that the tracker device will have a white coloured front with a metal back and Apple logo. Apart from this, the company is also expected to introduce its new over-the-ear smart Headsets namely AirPods Studio. The headphones are said to have ear detection features similar to the regular ones. In addition to this, it will also bring Active Noise Cancellation and Transparency Mode that comes on the AirPods Pro.

Komila Singhhttp://www.gadgetbridge.com
Komila is one of the most spirited tech writers at Gadget Bridge. Always up for a new challenge, she is an expert at dissecting technology and getting to its core. She loves to tinker with new mobile phones, tablets and headphones.
Facebook
Twitter
WhatsApp
Linkedin
ReddIt
Email
Previous article
November 10 Amazon Quiz: Answer five easy question and win Forest Essentials Skincare Products
Next article
Planning to buy Air Purifiers? Here are the best air purifiers that you can buy