A YouTuber has performed several tests on the Asus 6Z smartphone. 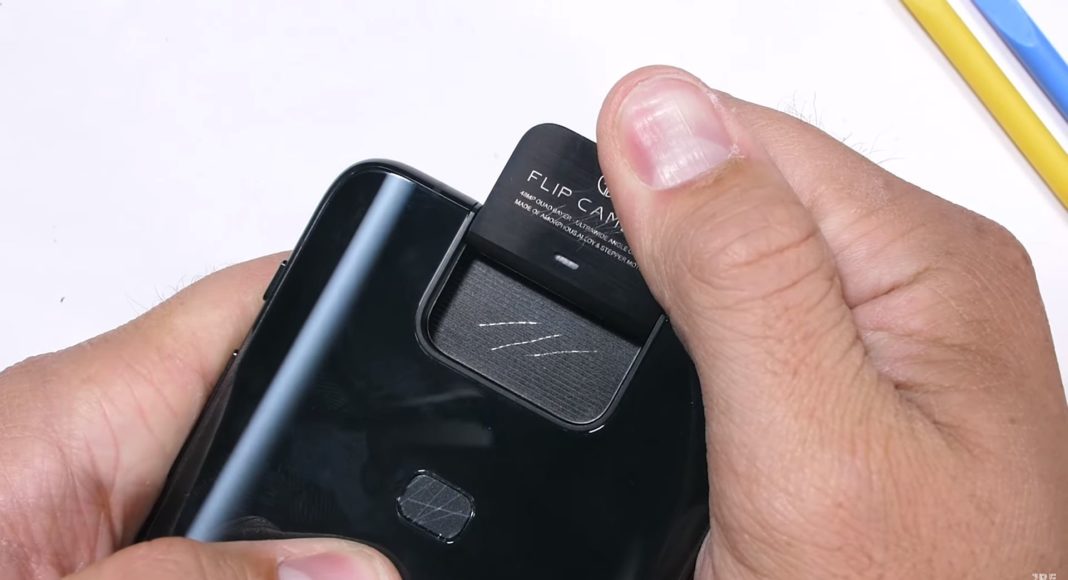 Asus launched its 6z globally last month and it launched the same smartphone in India with a name Asus 6Z yesterday. The smartphone comes with a flip camera setup which works a lot like the one on Samsung Galaxy A80. Now, a YouTuber named JerryRigEverything, who is known for taking apart smartphones to know what they are made of has taken apart the Asus 6z as well. In the video, he focused mostly on the motorised flip camera of the handset that comprises of two sensors. He conducted multiple tests to check the sturdiness, build quality and working of the Asus 6z and the result was that the smartphone’s camera is sturdy and strong and it isn’t as fragile as it seems.

Asus has touted that it has used ‘liquid metal’ to strengthen the build quality of the camera. Similar to the OnePlus 7 Pro, the Asus 6z also has fall detection. With this technology, it retracts the camera. Other than the camera test, the YouTuber also did the bend test that the device survived without suffering any scratches or damages on its front or back panel.

The YouTuber also manually stopped the camera from flipping completely, and tried to flip it manually. He even tried to take the camera out of its hinge but failed in doing so. We can see that the device survived all the tests and it was in working condition by the end of it. But there were some sparks that flew out when he tried to scratch it with his metal blade even though the camera itself is made from metal.

JerryRigEverything also did scratch test on the Asus 6z and it managed to scratch on the Moh Level 6 with deeper grooves at Moh Level 7. Other than the glass front and back, the sides and the buttons of the smartphone are all made up of metal and scratch easily. The camera module is also made of metal so it too scratched easily. The fingerprint scanner continued to work even after being scratched. Even the camera module cavity scratches easily as it too is made up of metal.

When put under a flame, the display pixels of the smartphone started showing reactions after 8 seconds. However, as soon as it was removed from under the flames it started recovering soon. At the end, no visible damage was seen on Asus 6z’s display. The overall conclusion JerryRigEverything came to was that the smartphone was made well and its camera also didn’t suffer failure after all the tests. The Asus 6Z passed the YouTuber’s test with flying colours.

Aman Singhhttps://www.gadgetbridge.com/
Aman Kumar Singh has a Masters in Journalism and Mass Communication. He is a journalist, a photographer, a writer, a gamer, a movie addict and has a love for reading (everything). It’s his love of reading that has brought him knowledge in various fields including technology and gadgets. Talking about which, he loves to tweak and play with gadgets, new and old. And when he finds time, if he finds time, he can be seen playing video games or taking a new gadget for a test run.
Facebook
Twitter
WhatsApp
Linkedin
ReddIt
Email
Previous article
Vivo’s new 120W Super FlashCharge charger can charge a 4,000mAh battery to 100% in just 13 minutes
Next article
How to run PUBG Mobile on your PC or laptop?