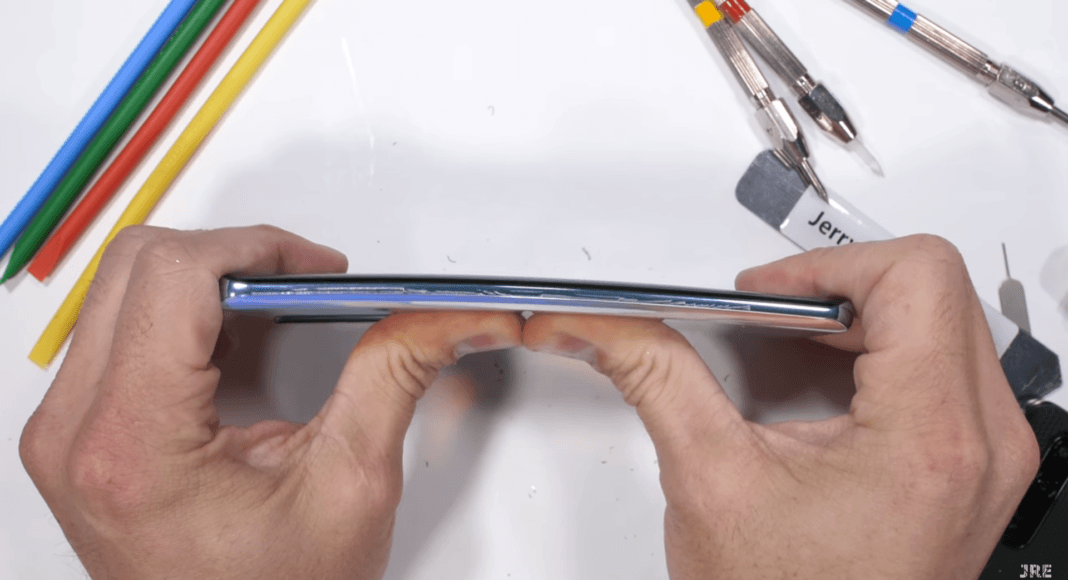 Huawei’s latest flagship smartphone – Huawei P30 Pro – is arguably one of the best handsets that we have seen in 2019. In some aspects, it goes head-to-head with the Samsung’s Galaxy S10 that was launched early this year. Most smartphones today come with a full glass built with a metal chassis but being glass is also one of the reasons these devices are fragile. And Huawei P30 Pro is no different since it has a glass body too.

YouTuber JerryRigEverything, who is known for testing all flagship devices and popular smartphones, put Huawei P30 Pro to bend and scratch tests too. The smartphone seems to have survived the tests pretty well. Read on to know what happened.

In his video, JerryRigEverything is seen putting the Huawei P30 Pro to test and the device scratches on level 6 and level 7 of the Moh scale as it is made up of tampered glass. The scratch level on which the P30 Pro scratches is normal for flagship smartphones. The smartphone also goes through the flame test in which the device’s display was put under a lighter’s flame. Initially, some pixels on the screen turning white, but after 22 seconds of the prolonged flame being kept on the screen, the pixels die and the area never recover.

But the Huawei P30 Pro did exceptionally well in the bend test.  In the video, it can be seen that when the device was bent, it didn’t receive any cracks on its glass screens on the front or at the back. But as mentioned above, the sides of the P30 Pro are made up of metal and it cracks when bent. The glass on top of the P30 Pro as well as the back-camera’s glass are resistant to scratches which makes the smartphone more reliable and durable than its predecessor, the P20 Pro. Moreover, the P30 Pro has an Infrared LED indicator which makes it possible to control the TVs and other electronic devices.

It should be noted that the Huawei P30 Pro was launched in India this month itself and it bears a price tag of Rs 71,990. Currently, the device comes in only one variant with 8GB RAM and 256GB inbuilt storage. The P30 Pro is available for purchase on Amazon in two colour variants – Aurora and Breathing Crystal. The key feature of Huawei P30 Pro is its quad-rear camera setup that comes with 50x zooming capabilities. It is powered by a 7nm HiSilicon Kirin 980 SoC and is IP68-certified dust and water resistant.

Aman Singhhttps://www.gadgetbridge.com/
Aman Kumar Singh has a Masters in Journalism and Mass Communication. He is a journalist, a photographer, a writer, a gamer, a movie addict and has a love for reading (everything). It’s his love of reading that has brought him knowledge in various fields including technology and gadgets. Talking about which, he loves to tweak and play with gadgets, new and old. And when he finds time, if he finds time, he can be seen playing video games or taking a new gadget for a test run.
Facebook
Twitter
WhatsApp
Linkedin
ReddIt
Email
Previous article
Realme 3 Pro set to launch in India today: How to watch the live stream
Next article
CIA accuses Huawei of bring funded by the Chinese State Security, company denies allegations: Reports