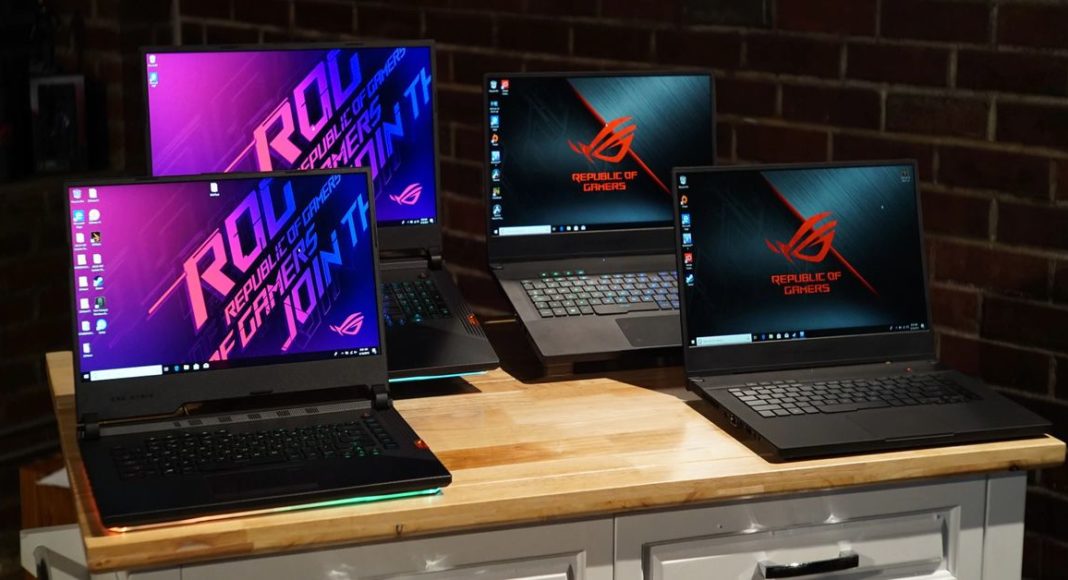 Yesterday, the world of technology saw two very important launches. While NVIDIA launched its new GTX-16 series GPU, which is claimed to be coming in more than 80 laptops, Intel announced its new 9th Generation Core CPUs.

The new laptops having these new components have been announced globally. Here’s a look at their pricing details and specifications:

All the abovementioned Lenovo laptops will be made available in the USA from May or June onwards. As of now, the company hasn’t said anything about the launch of these laptops in other regions.

Lenovo has updated five of its Legion gaming laptops and it has also added two new laptops to the range. There is also an inclusion of an affordable model of the Lenovo IdeaPad series. The new laptops include the Lenovo Legion Y740 with its 17-inch and 15-inch models. The laptop is powered by the 9th Gen Intel Core i7 processor paired with GeForce GTX 1660 Ti. It also includes the GeForce RTX GPU, 144Hz display with NVIDIA G-Sync and 32GB of RAM. There is also an option of including the RGB LED backlit keyboard designed by Corsair and a Dolby Atmos speaker system.

The Lenovo Legion Y540 is built for gaming and productivity and it also offers up to 6-hours of battery life. There is a white backlit keyboard including two cooling fans. It is powered by a 9th Gen Intel Core i7 CPU paired with a new Nvidia GPU. Customers can also opt for a higher GeForce RTX 2060 GPU.

Redefine your expectations! The new #ROG gaming laptops have landed! Click to find out more details on each new product!https://t.co/SD4isWmHt3

Coming to the Lenovo IdeaPad L340 Gaming laptop, it comes with 15-inch and 17-inch screen variants. The device is powered by a 9th Gen Intel Core i7 CPU paired with an Nvidia GeForce GTX 1650 GPU. There is also an option to go for Intel Optane Memory and it comes with blue backlit keyboard and Dolby Audio.

The other is the Lenovo Legion Y7000, a 15-inch gaming laptop with the red ‘Y’ lighting and full sized red backlit keyboard. It is powered by the 9th Gen Intel Core i7 mobile processor paired with NVIDIA GeForce RTX 2060 GPU. But there is an option to go for the GeForce GTX 1660 Ti or 1650 GPUs. It comes with thin bezels and a Full HD display with 144Hz refresh rate, 300 nits of brightness, and an IPS anti-glare screen.

Asus has only revealed the pricing of a few of its laptops. Asus Zephyrus G GA502 comes with a price tag of $1,200 (approximately Rs 83,315) and it will be made available only in select countries June onwards.

The Asus ROG Strix models will go on sale from June onwards and it is expected to launch in India by July. Other than that, the prices and the availability details of the other laptops is currently unknown.

Asus ROG Mothership, which is an all-in-one PC, is being rolled out with the highest Intel Core i9-9980HK processor paired with NVIDIA GeForce RTX 2080 GPU. It sports a 17.3-inch 4K screen and is a behemoth of a machine. It initially made its debut at the CES 2019.

Asus Zephyrus S GX502, on the other hand, comes with a new 15-inch display and is powered by the Intel Core i7-9750H CPU paired with GeForce GTX 1660Ti or GeForce RTX 2070 GPU. The laptop has a 240Hz screen with Pantone calibration 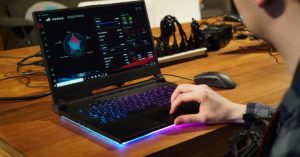 The new Asus ROG Strix Scar III and Hero III models are focused more towards esports enthusiasts. Both the laptops come with a removable NFC module called the Keystone, which lets the gamers move their game profiles from one compatible laptop to another. The Keystone also comes with features such as unlocking a hidden storage area on the laptop. Both the new laptop models come in 15-inch and 17-inch display variants and both of them are powered by either a 9th Gen Core i7 or Core i9 CPU paired with NVIDIA GeForce GTX or older GeForce RTX GPUs. Other features of the devices include 144Hz or 240Hz screens and RGB LED strips running around their bases along with an RGB LED keyboards.

Coming to Asus ROG Strix G model, it is available in 15-inch and 17-inch display variants. Although it lacks the RGB LEDs and the Keystone feature, it offers up to a 9th Gen Core i7 CPU and GeForce GTX 1660 Ti GPU. Some other models have also been refreshed such as the Asus TUF Gaming FX505 and FX705 models with Ryzen 5 and Ryzen 7 3000-series CPUs paired with GeForce GTX 1660 Ti GPU.

Aman Singhhttps://www.gadgetbridge.com/
Aman Kumar Singh has a Masters in Journalism and Mass Communication. He is a journalist, a photographer, a writer, a gamer, a movie addict and has a love for reading (everything). It’s his love of reading that has brought him knowledge in various fields including technology and gadgets. Talking about which, he loves to tweak and play with gadgets, new and old. And when he finds time, if he finds time, he can be seen playing video games or taking a new gadget for a test run.
Facebook
Twitter
WhatsApp
Linkedin
ReddIt
Email
Previous article
Redmi 7 with Snapdragon 632 SoC and 4,000mAh battery launched in India: Price and specifications
Next article
Redmi Y3 vs Samsung Galaxy M30 vs Realme U1: Comparison