HomeMobilesAsus ROG Phone 2 specifications leaked via TENAA ahead of launch

Asus ROG Phone 2 specifications leaked via TENAA ahead of launch

The next gaming smartphone by Asus is here. 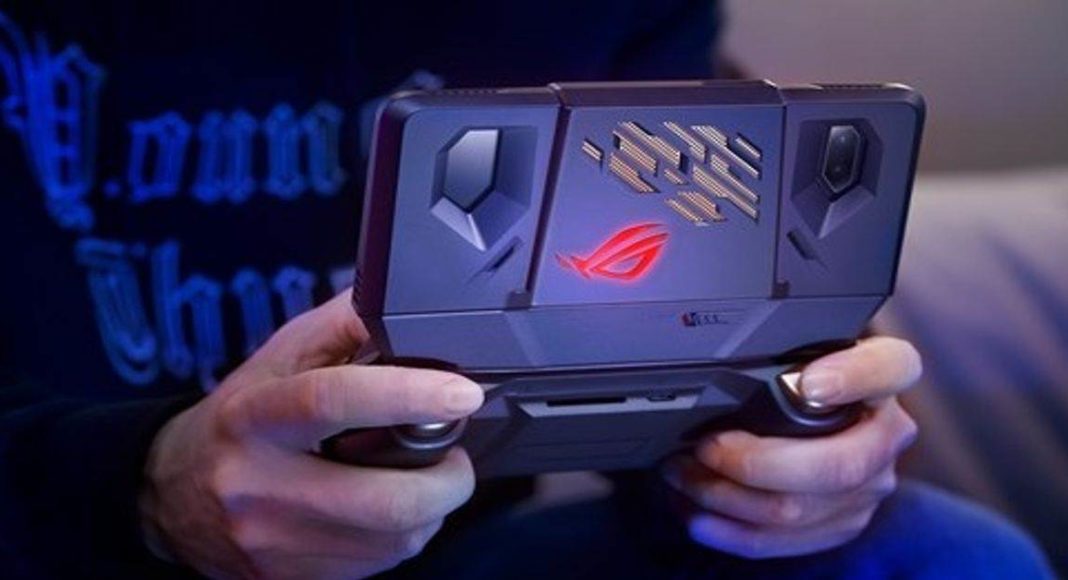 Days ahead of its launch, Asus ROG Phone has made an appearance on TENAA. The listing of the smartphone on TENAA shows some of the key specifications of an Asus smartphone that has the model number ASUS_I001DB. It is being speculated that this is the Asus ROG Phone 2 that the company has announced that it will be launching on July 23 in China.

Some images have also surfaced on TENAA’s website and they suggest some major similarities between the original ROG Phone and the ROG Phone 2. Earlier this week, the Taiwanese technology company had also announced that it Asus ROG Phone 2 will be the first-ever device to be powered by Qualcomm’s Snapdragon 855 Plus SoC, that the American chipmaker has recently announced. According to Qualcomm, the new processor will deliver a 15% faster performance over Snapdragon 855 SoC.

Coming to the specifications of the smartphone, according to the TENAA listing, Asus ROG Phone runs Android 9.0 Pie and will feature a 6.59-inch full-HD+ OLED display that is said to have the ability to produce 16 million colours. Asus ROG Phone 2 will be powered by an octa-core SoC that will be clocked at 2.95GHz and it will be available in 8GB and 12GB RAM options. The storage options of the smartphone will include 128GB, 512GB and 1TB variants, according to the listing.

For imaging duties, the device is expected to come with a dual rear camera setup that will comprise of a 48MP primary sensor. Besides this, the handset will come with a 24MP selfie snapper. Asus ROG Phone 2 will house a minimum of 5,800mAh battery and for connectivity, it will come with Wi-Fi, Bluetooth, and GPS.

According to the photos that are available on the listing, the upcoming smartphone will come with dual front-firing speakers. On the back, there is ROG branding that could come with an RGB light. The rear panel also has a dual rear camera setup along with a couple of LED flash units. Since there is no fingerprint scanner on the device, reports suggest that it will come with an in-display one.

The company also revealed this month that ROG Phone 2 will come with a 120Hz display. We would have to wait for a couple of days more to know the detailed specifications and pricing of the Asus ROG Phone 2, which will be the successor of ROG Phone that was launched last year by the company.

Avani Baggahttp://www.gadgetbridge.com
Avani has an immense love for reading, travelling and food, but not necessarily in the same order. Avani almost started pursuing law, but life had other (better) plans for her and she chose to be a writer instead (luckily!) She previously covered technology at Times Internet and wrote about smartphones, mobile apps and tech startups. When she’s not writing, you’ll be able to find her in book stores or catching up on her social life.
Facebook
Twitter
WhatsApp
Linkedin
ReddIt
Email
Previous articleInstagram will soon alert users whose accounts are close to being banned
Next articleVivo iQoo Neo 4GB RAM variant gets listed on TENAA