The latest ROG Phone versions include triple back cameras and the capability for 65W fast charging. 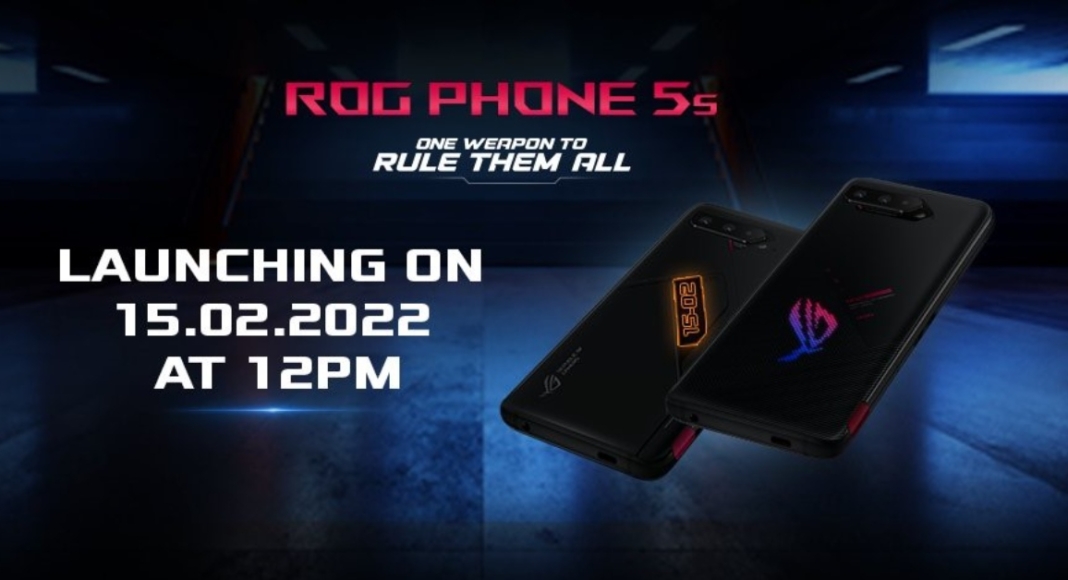 The Asus ROG Phone 5s and ROG Phone 5s Pro will be released in India today. Both the gaming smartphones debuted last year and feature virtually identical characteristics. The main difference between the two phones is that they both have a back matrix colour display and touch sensors. Both phones are powered by the Snapdragon 888+ SoC. They also feature AMOLED E4 panels with a refresh rate of 144Hz.

Asus, a Taiwanese smartphone manufacturer, has announced the extension of its Republic of Gamers portfolio in India. The Asus ROG Phone 5s and Asus ROG Phone 5s Pro are going to launch in India today. The firm will conduct a virtual event beginning at 12 p.m. The event will be live-streamed on the company’s YouTube page and social media outlets.

Both gadgets are likely to offer the same functionality as those released in August of last year. The 6.78-inch Samsung AMOLED E4 displays on both Asus smartphones have a refresh rate of 144Hz. headquartered company’s Indian subsidiary. The Qualcomm Snapdragon 888+ SoC-powered smartphones are available in a variety of variants.

The phones have a 3.5mm headphone socket, GPS and GLONASS, a USB Type-C port, and other connection features.

Komila Singhhttp://www.gadgetbridge.com
Komila is one of the most spirited tech writers at Gadget Bridge. Always up for a new challenge, she is an expert at dissecting technology and getting to its core. She loves to tinker with new mobile phones, tablets and headphones.
Facebook
Twitter
WhatsApp
Linkedin
ReddIt
Email
Previous article
Poco M4 Pro 5G launching in India today: Livestream details, pricing and specifications
Next article
Top 10 Bollywood Movies You Can Watch On Netflix Right Now