Both the devices are powered by Qualcomm Snapdragon 888+ SoC 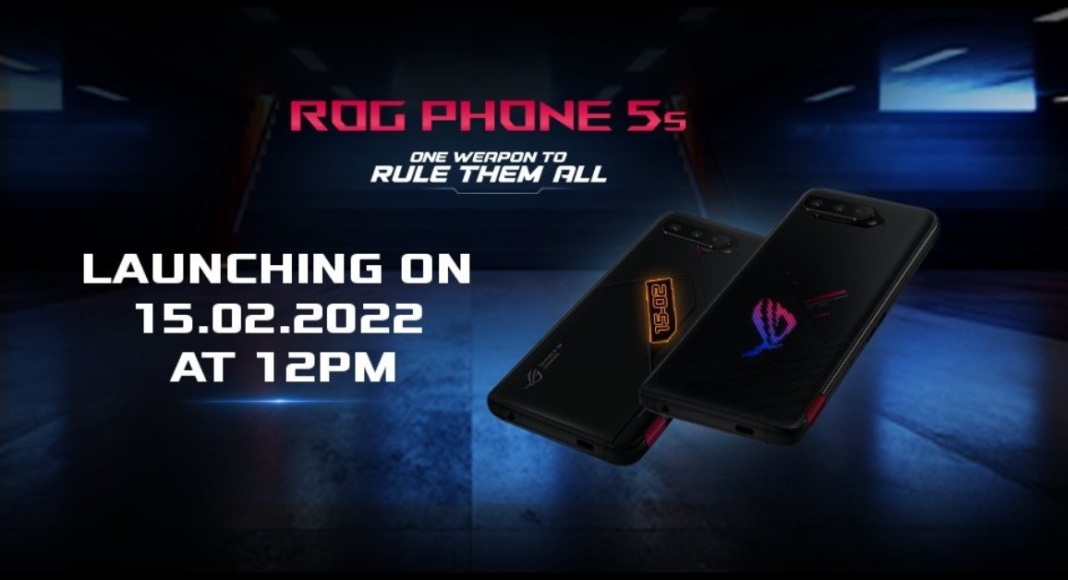 The Taiwanese smartphone company, Asus, has announced the expansion of its Republic of Gamers lineup in India. The company has officially confirmed to launch two new smartphones Asus ROG Phone 5s and Asus ROG Phone 5s Pro. To recall, the devices were introduced last year and have nearly similar specifications.

The only difference between both phones is their rear matrix colour display and touch sensors. As of now, not many details have been shared about the devices coming to India but the company has started sending out media invites for the upcoming event.

Asus ROG Phone 5s and Asus ROG Phone 5s Pro India launch is set for February 15. The company will be hosting a virtual event that will begin at 12 noon. The event will be live-streamed on the company’s YouTube channel as well as on its social media channels.

Both the devices are expected to have the same features like the ones presented last August. Both Asus smartphones have 6.78-inch Samsung AMOLED E4 panels with a refresh rate of 144Hz. based company’s Indian affiliate. The Qualcomm Snapdragon 888+ SoC-powered smartphones come in different configurations.

The vanilla ROG Phone 5s has up to 18GB LPDDR5 RAM, but the Pro edition only has one 18GB LPDDR5 RAM option. Both versions are powered by Android 11 with the ROG UI layer on top.

In terms of connectivity, the phones offer a 3.5mm headphone jack, GPS and GLONASS, a USB Type-C and others.

Komila Singhhttp://www.gadgetbridge.com
Komila is one of the most spirited tech writers at Gadget Bridge. Always up for a new challenge, she is an expert at dissecting technology and getting to its core. She loves to tinker with new mobile phones, tablets and headphones.
Facebook
Twitter
WhatsApp
Linkedin
ReddIt
Email
Previous article
OnePlus Nord CE 2 5G India launch set for February 17
Next article
Valentine’s Day gift ideas for him/her at the last minute