The devices are refreshed with the latest Intel and AMD processors. 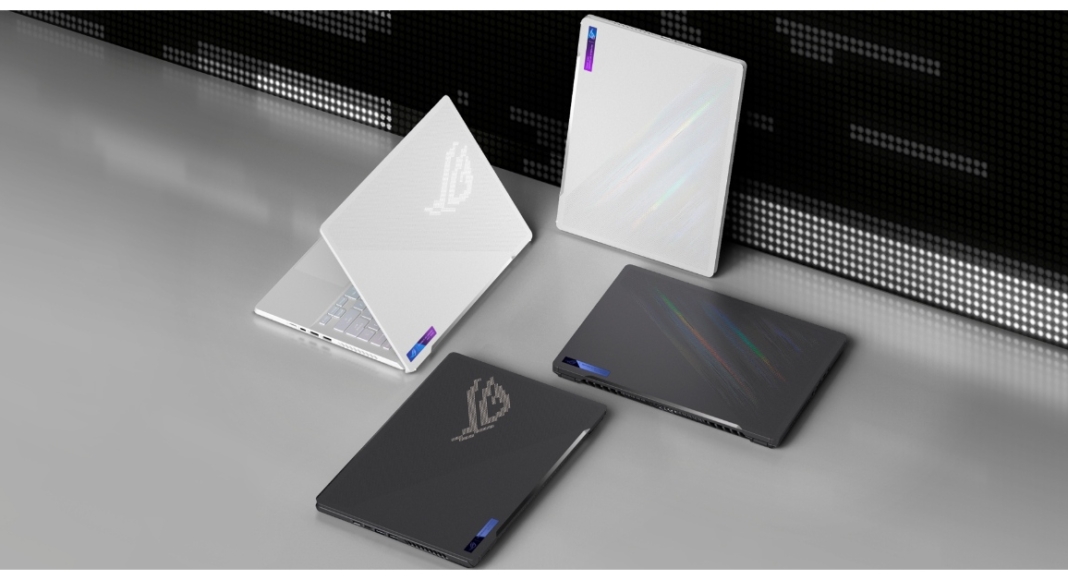 In addition to this, the gaming laptop will be available in 15-inch and 17-inch sizes, with the 15-inch variant having three IPS display options: QHD 240Hz, Full HD 300Hz, and QHD 165Hz. QHD 240Hz or Full HD 360Hz are available on the 17-inch SCAR. All the models include Dolby Vision HDR as well as Adaptive-Sync in the display, for excellent picture quality with no tearing or stuttering. According to Asus when not utilising a typical mouse, a bigger trackpad enables fine-grained control over precision motions. Aura Sync-compatible per-key RGB lighting on the keyboard and lightbar, as well as customisable armour caps.

All Strix models include a quad-speaker design and Dolby Atmos spatial sound. Additionally, for both inbound and outbound interactions, two-way AI Noise Cancelation filters out background noise. Strix versions also have a 90Wh battery and 100W Type-C charging for on-the-go use. On both wired and compatible wireless networks, WiFi 6E and 2.5G LAN with minimal latency.

The G14 is available in Eclipse Gray or Moonlight White, with a Prismatic Logo nameplate that has a holographic, reflecting colour. On versions with the now-iconic AniMe Matrix display, the lid is additionally covered with 14,969 precision CNC machined holes with 1,449 tiny LEDs. It also features a brand-new Nebula display offering 120Hz at QHD with 500nits of peak brightness, 100 percent DCI-P3 colour gamut coverage, and a 3ms response time — with Dolby Vision, Adaptive-Sync, and Pantone validation. In addition to this, the Asus Gaming laptop comes with thin bezels and 91 percent screen-to-body ratio and a 16:10 aspect ratio.

Moreover there the model is Dolby Atmos supported with a 3D mic array with two-way AI noise cancellation and blazing speed WiFi 6E. Whereas the ROG Zephyrus G15 and M16 have also been updated with new AMD and NVIDIA technology, DDR5 RAM, and WiFi 6E.

The Asus ROG Zephyrus Duo 16 2022 is a dual-display laptop with ROG ScreenPad Plus that offers a second screen for increased productivity, streaming gameplay, and even managing compatible games like Dying Light 2. There is a 4-directional hinge, the ScreenPad Plus rises and glides back to meet the primary display when the laptop unfolds.

The laptop operates on Windows 11 and is powered by a 150W AMD Ryzen 9 6980HX CPU and an NVIDIA GeForce RTX 3080 Ti laptop GPU with Dynamic Boost. It comes with an upgraded Liquid Metal Conductonaut Extreme thermal paste that reduces CPU temperatures by 15 degrees compared to traditional thermal pastes. While the elevated secondary screen’s AAS Plus 2.0 air intake produces 30% more airflow above the fans.

For the primary display, the Zephyrus Duo provides two ground-breaking panel options, both of which support Dolby Vision. The first is the ROG Nebula HDR, which has all of the features of the normal ROG Nebula Display but adds 512 tiny LED dimming zones capable of reaching 1100 nits of peak brightness for astonishing levels of contrast and colour. With a 100,000:1 contrast ratio and a refresh rate of 165Hz, this QHD 16:10 panel is VESA DisplayHDR 1000 certified.

While the second is a brand-new ROG-exclusive display known as a Dual Spec panel, which can transition between 4K 120Hz and Full HD 240Hz on a game-by-game or app-by-app basis, allowing gamers to prioritise resolution or frame rate on a game-by-game or app-by-app basis. In Full HD mode, Pixel Acceleration Technology delivers lightning-fast upscaling for crystal clear visuals at competitive framerates.

The Asus ROG Flow Z13 tablet runs Windows 11. Under the chassis, there is a 14-core Intel Core i9-12900H processor, an NVIDIA GeForce RTX 3050 Ti laptop GPU, and 5200MHz LPDDR5 memory. It also offers 1TB of PCIe SSD storage, a MUX Switch, bespoke vapour chamber cooling, and USB Type-C fast charging. A 4K 60Hz display with 85 percent DCI-P3 coverage or a Full HD 120Hz screen with 100 percent sRGB coverage is available on the Flow Z13. Both screens include a 16:10 aspect ratio, Corning Gorilla glass on the touch screen, Adaptive-Sync, 500nits of peak brightness, and Pantone certification for true colour. Dolby Vision is included in both Flow Z13 versions. The chassis is coated with spacecraft-inspired machining and features a CNC-milled glass on the back that enables a direct view inside the machine’s mainboard. The built-in kickstand can be opened up to 170 degrees.

The Flow Z13 and X13 are both compatible with the XG Mobile range of external GPUs for more gaming horsepower and I/O expansion. Connect it to the XG Mobile 2021, which has an NVIDIA GeForce RTX 3080 GPU, or the XG Mobile this year, which has an AMD Radeon RX 6850M XT GPU. The XG Mobile is equipped with extra USB ports, DisplayPort and HDMI, as well as Ethernet.

The Asus ROG Strix GT15 has been upgraded for 2022 to include the newest Intel and NVIDIA technology. It is available in numerous configurations up to an Intel Core i7-12700KF, NVIDIA GeForce RTX 3080, and 64GB DDR4-3200 RAM. Aura Sync accents and a built-in carrying handle make it easy to take to LAN parties, while Aura Sync accents enable each player to show off their own flair.

Komila Singhhttp://www.gadgetbridge.com
Komila is one of the most spirited tech writers at Gadget Bridge. Always up for a new challenge, she is an expert at dissecting technology and getting to its core. She loves to tinker with new mobile phones, tablets and headphones.
Facebook
Twitter
WhatsApp
Linkedin
ReddIt
Email
Previous article
TCL to showcase 8K Mini LED TV prototype at CES 2022
Next article
6 January 2022 Amazon Quiz today answers: Answer to win Rs 1,000 Amazon Pay Balance