HomeComputersWindows 11 promises access to over 100 high-quality PC games to play...

Xbox Game Pass for PC is a membership that will give access to high-quality PC games across genres. 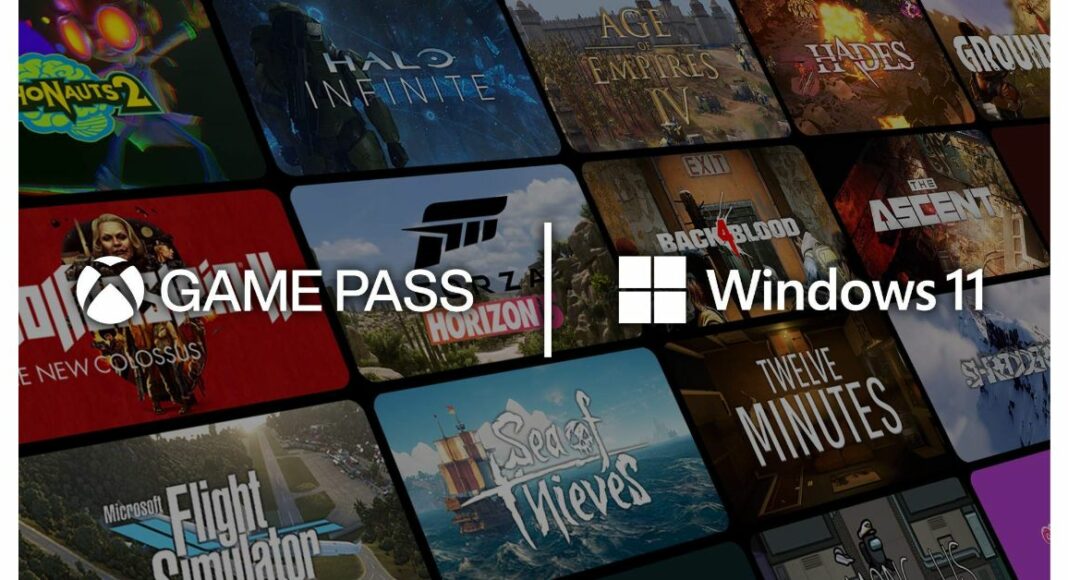 Recently Microsoft announced that the free upgrade to Windows 11 will start rolling out from October 5 to eligible Windows 10 PCs and PCs that come pre-loaded with Windows 11 will start to become available for purchase. In addition to the new user interface and design, the latest Operating system will deliver the best gaming experience. It is said to bring superior graphics, amazing speed, and an incredible selection of games. The Xbox Game Pass for PC will also get access to over 100 high-quality PC games to play on Windows 11 for one low monthly price.

According to Microsoft, so that the games look better than ever Windows 11 will also Auto HDR which will automatically add High Dynamic Range (HDR) enhancements to games built on DirectX 11 or higher than previously only leveraged Standard Dynamic Range (SDR). The support for HDR will render a much wider range of brightness values and colours to give an additional richness and depth to the image. The company has also integrated these features in the Xbox Series X|S consoles and now it is being expanded to Windows 11.

The NVMe SSD and the proper drivers will allow faster loading of new games with the addition of the DirectStorage that was also introduced to the Xbox Velocity Architecture featured in the Xbox Series X and Xbox Series S.

With DirectStorage, which will only be available with Windows 11, games can quickly load assets to the graphics card without bogging down the CPU. Microsoft says that  “DirectStorage Optimized” Windows 11 PCs are configured with the hardware and drivers needed to enable an amazing experience.

Along with support for Auto HDR and DirectStorage, the company will continue to expand new hardware advances needed for DirectStorage from new Xbox Wireless Controllers to mechanical keyboards and gaming mice, to the Xbox Adaptive Controller, to surround-sound headsets, external GPUs.

In terms of graphics and speed, the company has Xbox Game Pass for PC. Basically, it is a membership that will allow access to a library of over 100 high-quality PC games across genres. The dedicated Xbox app is now built into Windows 11 that gives access to the Game Pass library.

Game Pass for PC includes PC games from Xbox Game Studios and Bethesda the day they launch, an EA Play membership at no additional cost with Game Pass for PC or Ultimate, and a great selection of titles from partner developers big and small with more entering the library all the time. Along with Xbox Game Pass Ultimate, the users will also experience Xbox Cloud Gaming on Windows PCs via a browser and the addition of cloud gaming directly into the Xbox app on PC.

The Windows 11 users will also be able to play these games seamlessly across devices with a global community of millions of players.

Komila Singhhttp://www.gadgetbridge.com
Komila is one of the most spirited tech writers at Gadget Bridge. Always up for a new challenge, she is an expert at dissecting technology and getting to its core. She loves to tinker with new mobile phones, tablets and headphones.
Facebook
Twitter
WhatsApp
Linkedin
ReddIt
Email
Previous articleSamsung Galaxy A52s 5G with 120Hz display panel and Qualcomm Snapdragon 778G SoC launched in India
Next articleHow to organise photos on your Android smartphone