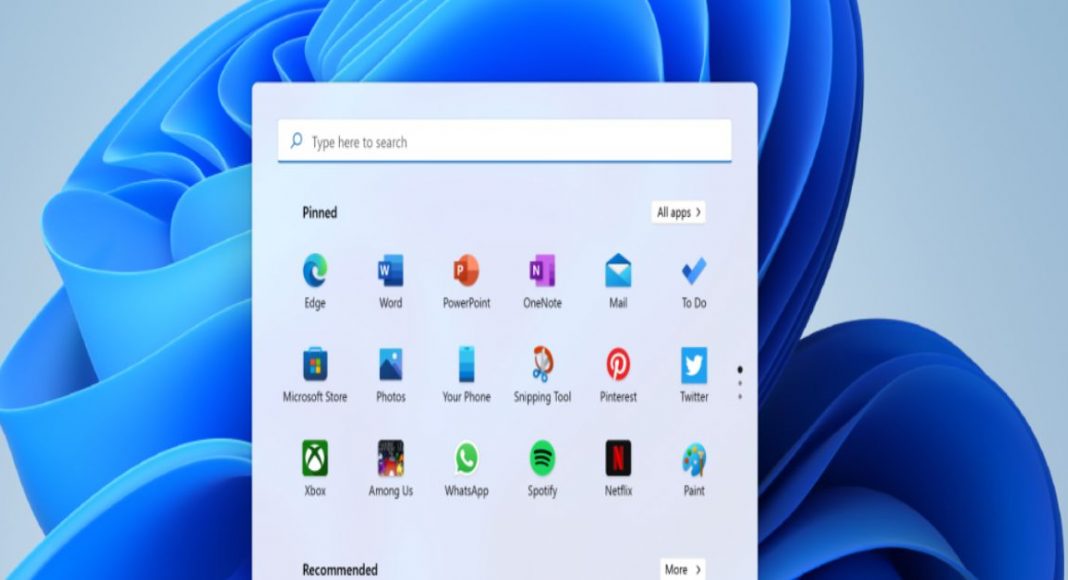 Microsoft has officially lifted the curtains from its next iteration of the Windows operating system. The new Windows 11 now looks more refined and has been optimised for speed and efficiency. The whole OS has been redesigned and the new generation now lets you customise multiple desktops, personalize your widgets, snap to with snap grids, superior graphics, new themes and all new Microsoft store with Android apps. Also, Amazon has collaborated with Microsoft to bring Amazon Appstore to Windows users.

Talking about the details first Microsoft has brought a more simplified Windows 11 design that will help users to be more productive. It looks less cluttered, fresh and contemporary. From the Start button to each icon has been redesigned and has been given a new space for more control. The Start Button has been moved to the centre from the screen’s corner edge, making it more discoverable.

The new Microsoft Windows 11 now brings Snap Layouts, Snap Groups and Desktops to provide multitasking and to help you organize your windows and optimize your screen. The users will be able to create separate Desktops for each part of their life and customize them to their liking for instance Desktop for work, gaming or school. With the introduction of Chat from Microsoft Teams, you can instantly connect through text, chat, voice or video with all of your contacts, anywhere, across Windows, Android or iOS. The Chat has been integrated into the taskbar this will allow you to connect with friends and family through Teams, allowing you to instantly mute and unmute, or start presenting directly from the taskbar.

For PC gamers, Windows 11 has more for you like superior graphics and Auto HDR. The company has put some latest gaming technology DirectX 12 Ultimate to provide immersive graphics at high frame rates. DirectStorage for faster load times and more detailed gameplay and Auto HDR for a wider, more vivid range of colours for a truly captivating visual experience. What’s more, with Xbox Game Pass for PC or Ultimate, gamers get access to over 100 high-quality PC games with new games added all the time. You can easily find people to play with, no matter if they’re playing on a PC or console.

Next, Microsoft Windows 11 lets you personalise Widgets with a new personalized feed powered by AI and Microsoft Edge. This will bring you closer to the news and information. Now, you can open a similarly curated view directly from your desktop. When you open your personalized feed it slides across your screen like a sheet of glass so it doesn’t disrupt what you’re doing.

The new Microsoft Store will bring more apps than before but will make it easier to search for apps, games, shows, movies with curated stories and collections. In addition to this, Microsoft Windows 11 has also brought third-party apps like Microsoft Teams, Visual Studio, Disney+, Adobe Creative Cloud, Zoom and Canva to the Microsoft Store. Moreover, for the first time, the company has also announced plans to bring Android apps to Windows later this year. The user will discover Android apps in the Microsoft Store. For this, the tech giant has collaborated with Amazon so that the users can download the apps like TikTok or Khan Academy Kids through the Amazon Appstore.

Microsoft also assures just like the last generation of OS all the applications will work on Windows 11 with App Assure, a service that helps customers with 150 or more users fix any app issues they might run into at no additional cost.

Komila Singhhttp://www.gadgetbridge.com
Komila is one of the most spirited tech writers at Gadget Bridge. Always up for a new challenge, she is an expert at dissecting technology and getting to its core. She loves to tinker with new mobile phones, tablets and headphones.
Facebook
Twitter
WhatsApp
Linkedin
ReddIt
Email
Previous article
How can you use Google assistant to manage your office schedule and work like meetings etc?
Next article
Battleground Mobile India sending data to Chinese servers? Everything you need to know