HomeMobilesAsus to launch its flagship smartphone named Asus 6z in India on...

The smartphone has been teased by Flipkart and Asus India to launch in the coming weeks. 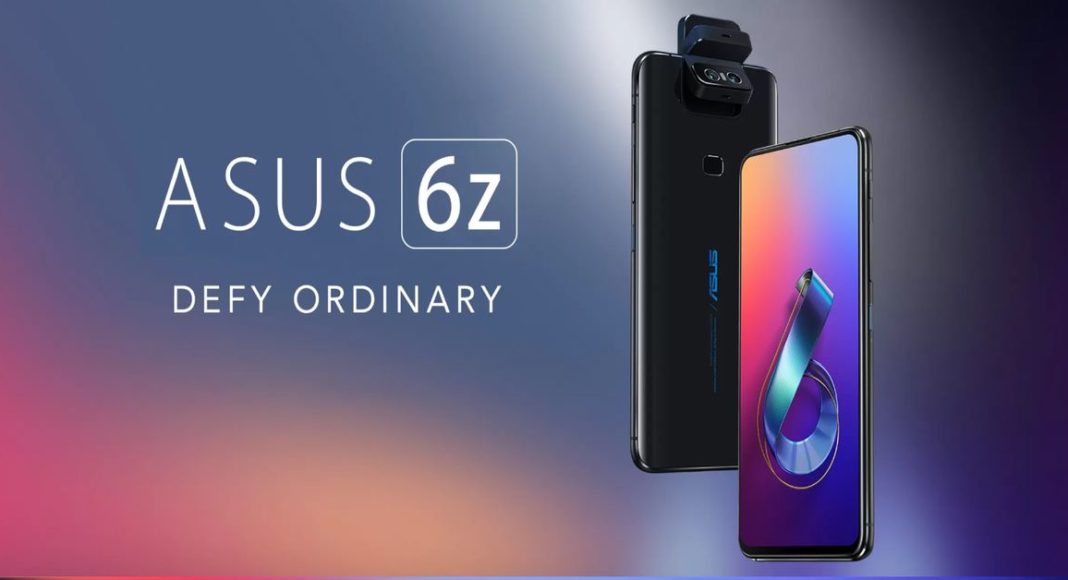 The Taiwanese tech giant, Asus teased that it will be launching its newest flagship device – the Asus Zenfone 6 in India. The arrival of theis smartphone has also been teased by the e-commerce platform Flipkart where it is teased it as Asus 6z. According to Asus India, the Zenfone 6z will be coming to India on June 19, 2019. Some highlights of the Asus 6z is the world’s first flip camera, which holds a 48MP Sony sensor, a flagship Snapdragon 855 CPU and a huge 5,000mAh battery.

Earlier, we saw that Delhi High Court has restricted Asus from using Zen name for its devices. The court also put an effective ban on the sale of all the Asus’s Zen and Zenfone named products in India. The ban on name of the Asus Zen named products meant that it could not launch its new flagship, the Asus Zenfone 6 in India until it found a way to do so. And now, the company has found a way to do just that as it will be launching its Zenfone 6 flagship smartphone in India named as ‘Asus 6z’.

Although the name of the smartphone might have changed but it will have the same specifications and the features as the global Asus ZenFone 6. Asus has only revealed the name and the launch date of the Asus 6z in India through a media invite. But other than that, the Taiwanese company hasn’t revealed the pricing and other details of the Asus 6z yet.

But considering its pricing in the international market, the Asus 6z should be priced around Rs 30,000 to Rs 40,000.

The Asus 6z packs a 6.4-inch Full-HD+ (1,080 x 2,340 pixels) display with an aspect ratio of 19.5:9. This mobile comes with Gorilla Glass 6 protection on top. And as mentioned above, the Asus 6z will be powered by Qualcomm’s flagship Snapdragon 855 SoC paired with Adreno 640 GPU. The Asus 6z packs a huge 5,000mAh battery with Quick Charge 4.0 fast charging support. The Asus 6z will fetch 8GB of RAM and 256GB of internal storage with support of microSD card of up to 2TB. Over that, it will run Android 9 Pie skinned with Zen UI.

The camera of the Asus 6z is its main focus point, it comes with a world’s first flip camera. The dual-rear camera setup comprises of a 48MP Sony IMX586 primary camera paired with a 13MP ultra-wide-angle lens.

Aman Singhhttps://www.gadgetbridge.com/
Aman Kumar Singh has a Masters in Journalism and Mass Communication. He is a journalist, a photographer, a writer, a gamer, a movie addict and has a love for reading (everything). It’s his love of reading that has brought him knowledge in various fields including technology and gadgets. Talking about which, he loves to tweak and play with gadgets, new and old. And when he finds time, if he finds time, he can be seen playing video games or taking a new gadget for a test run.
Facebook
Twitter
WhatsApp
Linkedin
ReddIt
Email
Previous articleHuawei P30 Pro receives a new update which brings AR Measure and Dual-View Video mode to the smartphone
Next articleGoogle Chrome for Android gets a new update with Chrome 75, Reader Mode introduced along with other fixes and improvements