The Xiaomi 12 Pro was launched in India two months back. 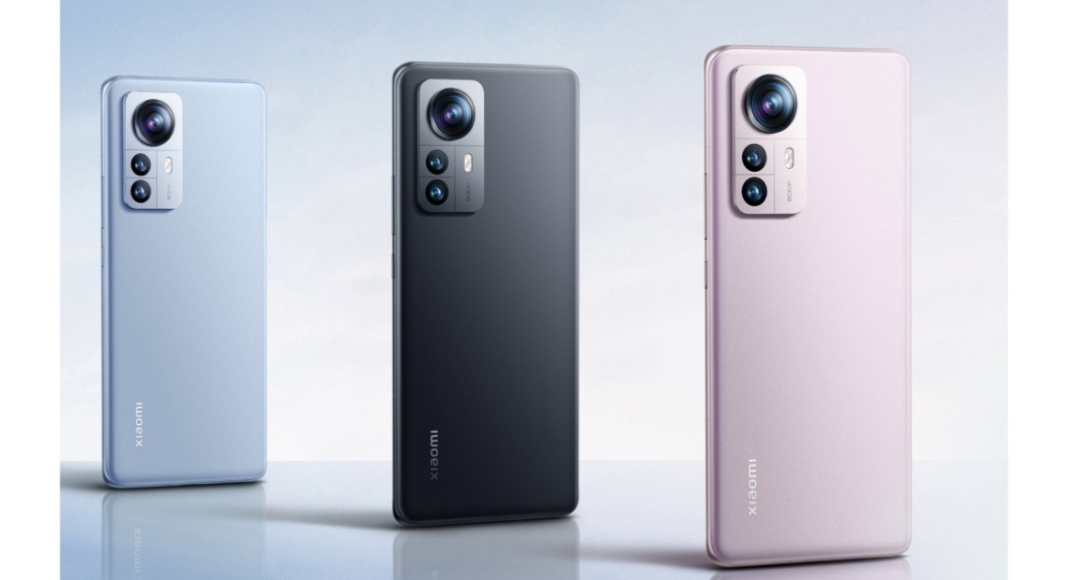 Xiaomi has announced that it would begin selling the Xiaomi 12 Pro for an effective price of Rs 52,999 starting tomorrow. To recall, the premium smartphone was announced at a starting price of Rs 62,999. The smartphone is now seeing a price reduction of Rs 10,000 which comes as a part of promotional sales offer just two months after its launch. The offer is now accessible on Mi.com and Amazon e-commerce platforms.

If you were waiting for the perfect moment, now is the right time to buy the Xiaomi 12 Pro as it is now seeing a significant price reduction. The device was released in India two months back in two variants 8GB RAM and 12GB RAM priced at Rs 62,999 and Rs 66,999 respectively. 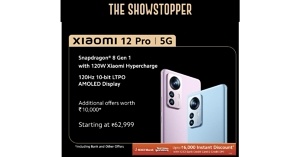 With ICICI Bank credit card (full payment) and EMI transactions on Amazon and Mi.com, consumers can get an instant discount of up to Rs 6,000. Furthermore, you may get a Rs 4,000 instant discount on Amazon with an Amazon coupon, which is valid for both models. As per the offer, purchasers on Mi.com would receive an additional Rs 4,000 discount at the time of checkout. When both the card and coupon deals are combined, the Xiaomi 12 Pro costs Rs 52,999 for the 8GB variant and Rs 56,999 for the 12GB variant. The flagship phone comes in Couture Blue, Noir Black, and Opera Mauve colour options.

The Xiaomi 12 Pro is distinguished by a 6.72-inch LTPO WQHD+ E5 AMOLED display with a resolution of 1,4403,200 pixels. The panel has a dynamic refresh rate of 1 to 120 frames per second and a peak brightness of up to 1,500 nits. The display supports Dolby Vision and HDR10+, and it is protected by Corning Gorilla Glass Victus. The phone is powered by an octa-core Snapdragon 8 Gen 1 SoC with an Adreno 730 GPU and up to 12GB of LPDDR5 RAM with 256GB of UFS 3.1 storage and runs Android 12 with MIUI 13 on top.

Komila Singhhttp://www.gadgetbridge.com
Komila is one of the most spirited tech writers at Gadget Bridge. Always up for a new challenge, she is an expert at dissecting technology and getting to its core. She loves to tinker with new mobile phones, tablets and headphones.
Facebook
Twitter
WhatsApp
Linkedin
ReddIt
Email
Previous article
Himanshu Tandon has been appointed as the new CEO of POCO India
Next article
WWDC22: Apple iOS 16 to bring Live Screen activity for lockscreen, ability to undo and edit sent messages and more