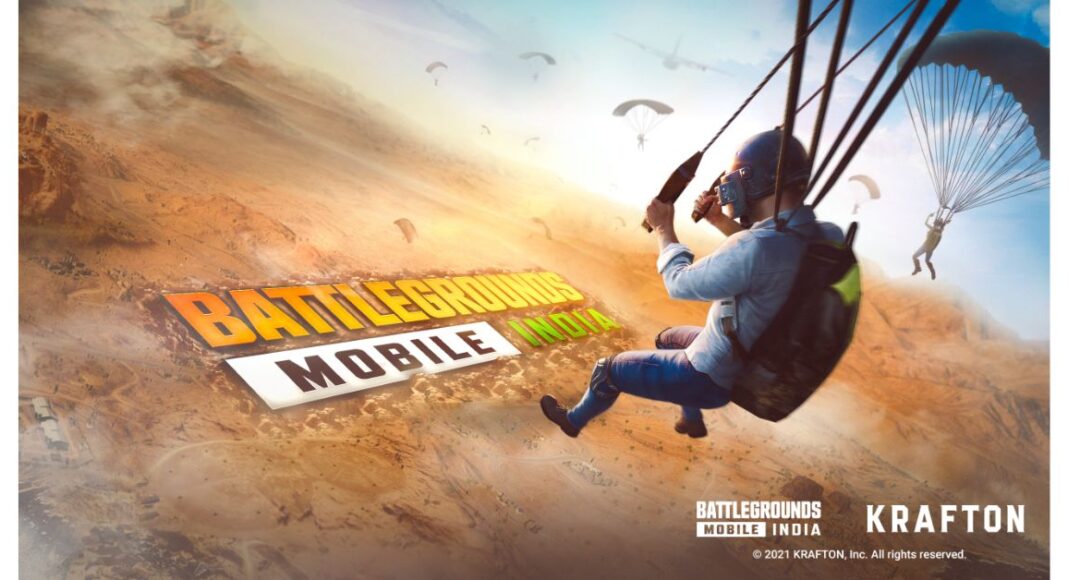 Recently Krafton announced to relaunch PUBG Mobile India in a new Avatar as Battlegrounds Mobile India. At the time of the announcement the developer also revealed that before the launch the new battle royal game will be available for pre-registration in the country and will be exclusively available to India only. Today the South Korean video game developer, has announced the official date for pre-registrations of Battlegrounds Mobile India.

As per the latest announcement by Krafton, the long-awaited pre-registrations for Battlegrounds Mobile India would officially go live in the country on May 18 that is on Tuesday next week. So in order to get pre-registered for the upcoming game all you need to do is visit the Google Play Store and click on the “Pre-Register” button.

On pre-registration for Battlegrounds Mobile India, the company will be offering India specific rewards for fans to claim. According to Krafton, the rewards will automatically be available to claim on the game launch. The game does not have a release date yet but according to the developers, the game is coming soon.

Apart from this the Battlegrounds Mobile India aka PUBG Mobile India will be a free-to-play battle royal game and the gameplay experience will be similar to the original PUBG Mobile but with few changes for the Indian region only. And recently the popular Sanhok map was also teased through a poster on its official Facebook page. The poster appears to be of the Ban Tai map location from the Sanhok. This map was brought to the original PUBG Mobile in September 2018 and will be available to Battlegrounds Mobile India as well. It is one of the five maps available but is smaller than Erangel and Miramar maps both being 8×8 km in size. The Sanhok is a 4×4 map and is mainly inspired by the rain forests in Southeast Area.

In addition to this, Battlegrounds Mobile India will also come with a new privacy policy criterion for players under 18 years of age. The company will not knowingly collect, use or share any personal information for those who are under 18 years of age without verifiable parental consent or as permitted by law. Moreover, they would need to share a parent or guardian’s phone number to be able to play the game. Also under 18 users will only be able to access or play the maximum of 3 hours a day and the maximum daily amount of using paid service will be Rs 7,000.

Komila Singhhttp://www.gadgetbridge.com
Komila is one of the most spirited tech writers at Gadget Bridge. Always up for a new challenge, she is an expert at dissecting technology and getting to its core. She loves to tinker with new mobile phones, tablets and headphones.
Facebook
Twitter
WhatsApp
Linkedin
ReddIt
Email
Previous article
Xiaomi FlipBuds Pro with ANC and 3-speed noise reduction mode launched
Next article
Poco M3 Pro 5G to launch globally on May 19