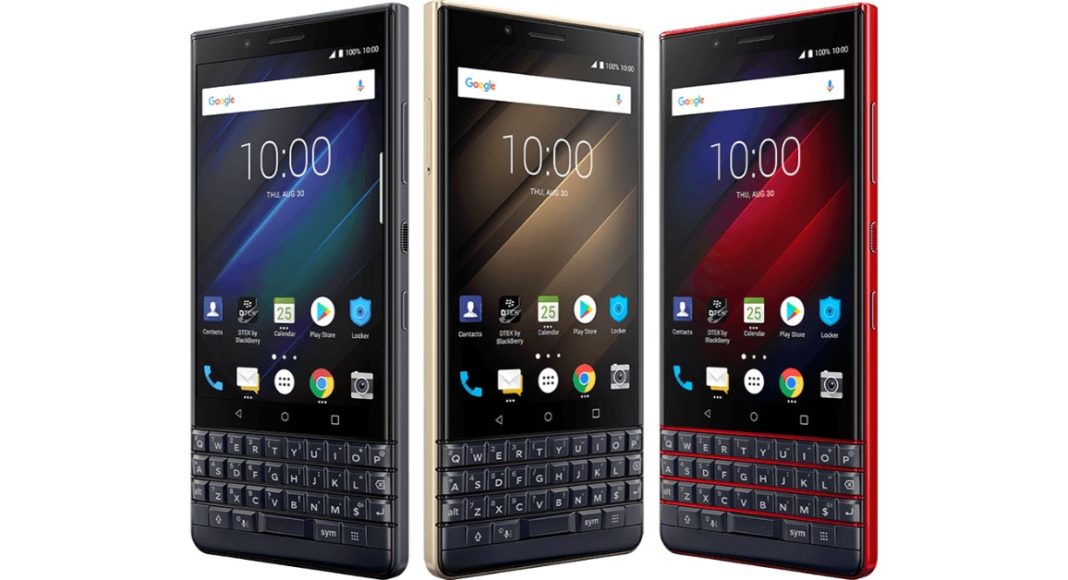 We have some news for BlackBerry fans! The company’s BlackBerry Key2 smartphone is getting a Red Edition. However, this isn’t like Red Edition smartphones from other companies and has more than just cosmetic changes.

But that’s not all. Another change in the Red Edition of BlackBerry Key2 smartphone is that it comes with a tweaked UI and has some modernised versions of some of the company’s native apps. So if you have been thinking whether or not you should buy the BlackBerry Key2, maybe these changes would help you make up your mind.

Another thing that you should note is that the back panel of the smartphone is still Black, and it’s only the front and the side edges that have been coloured Red now.

We should also mention that the BlackBerry Key2 Red Edition will be getting launched with a revamped version of Hub+ software that comes with a new Action Bar that can be seen at the bottom of the Hub+ applications. BlackBerry has also claimed that these applications will offer enhanced ergonomics by giving users quicker access to features like search, sort and compose.

Furthermore, there is also a UX update on BlackBerry Hub and BlackBerry Calendar that, according to the company, give it a more modern look. And needless to say, the extra internal storage of the device will only enhance its performance.

We are guessing that the device will be launching soon considering that it has already gone on pre-orders in Europe via the official BlackBerry Mobile online store.

Avani Baggahttp://www.gadgetbridge.com
Avani has an immense love for reading, travelling and food, but not necessarily in the same order. Avani almost started pursuing law, but life had other (better) plans for her and she chose to be a writer instead (luckily!) She previously covered technology at Times Internet and wrote about smartphones, mobile apps and tech startups. When she’s not writing, you’ll be able to find her in book stores or catching up on her social life.
Facebook
Twitter
WhatsApp
Linkedin
ReddIt
Email
Previous article
HyperX launches its Xbox licensed gaming headset named CloudX in India: Price and specifcations
Next article
Oppo 5G smartphone with Snapdragon 855 processor announced at MWC 2019