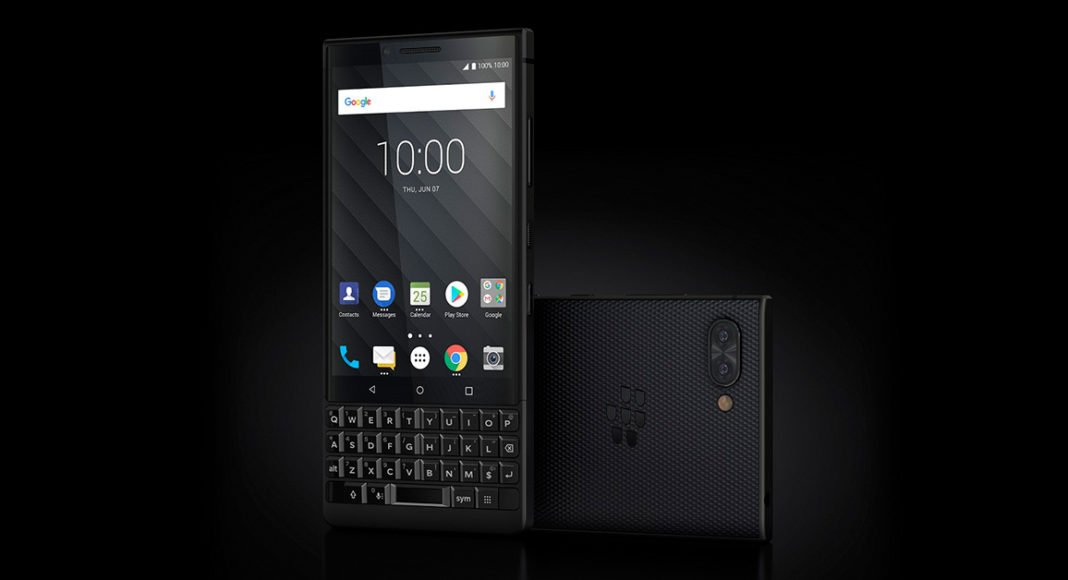 At the turn of the decade BlackBerry had emerged as one of the most popular mobiles around the world. Mainly because of the BlackBerry messenger, which everyone wanted to use. But, then came the turn of WhatsApp that was available on any and all smartphones, and people moved away from BlackBerry overnight. However, BlackBerry still is one of the most secured smartphone brand for any business users. Today, Optiemus Infracom has launched the new BlackBerry KEY2 in India sporting a mid-end CPU with decent RAM.

The smartphones from the company have usually been a powerhouse when it comes to under the hood performance and security combinations. The BlackBerry KEY2 features a Qualcomm Snapdragon 660 Kyro 260 Octa-core 2.2GHz (4 cores) + 1.8GHz (4 cores) 64-bit CPU. This is paired with 6GB of RAM and 64GB of internal memory. The storage is expandable by up to 256GB using a microSD card.

The front of the smartphone is dominated by a 4.5-inch touchscreen as well as a Full QWERTY keyboard. The keyboard is one of the main USP’s of the BlackBerry KEY2. The IPS LCD display sports a resolution of 1620×1080 pixels with 3:2 aspect ratio. The touch display has a layer of corning Gorilla Glass 3. Wonder why the version 3, when Corning has just announced version 6 of its Gorilla Glass. Moving on, features like quick charge come to the BlackBerry KEY2 and its 3,500 mAh battery can be charged up to 50% in forty minutes with Quick Charge 3. Pre-loaded DTEK by Blackberry app is also there along with App locker.

As far as the cameras are concerned, BlackBerry for the first time has brought a dual camera setup in its smartphone. The BlackBerry KEY2 has a 12MP + 12MP camera arrangement at the back with 2X optical zoom capability. The front camera is powered by an 8 MP sensor for selfies. Camera modes such as portrait, superzoom etc. have been added to this smartphone. Google lens has also been added to the mix.

The operating system on the BlackBerry KEY2 is the Android 8.1 Oreo and comes loaded with BlackBerry hub on top of it. The Hub enables users to keep and manage multiple E-mail accounts running on it, without the need to switch between apps. Other features of the BlackBerry KEY2 include Bluetooth v5.0 LE, USB type C charging port, USB OTG, NFC, Wi-Fi, FM radio, Gyroscope, proximity sensor and accelerometer. The space bar on the smartphone doubles up as the fingerprint sensor.

Mr. Hardip Singh, Executive Director, Optiemus Infracom said, “In the wake of current data breaches across the globe and here in India, consumers are increasingly concerned about the safety of their information, especially on mobile. The BlackBerry KEY2 is an answer to that!  It not only comes loaded with the best security and privacy enhancement features, but also accurate and comfortable typing on an intelligent keyboard. The smartphone also offers the best multitasking experience for those that want to get things done. With its elegant, premium design, we are positive that our customers are going to love this powerful and stylish smartphone.”

The BlackBerry KEY2 is priced at Rs 42,990 in the Indian market and will start selling on July 31 on Amazon India. The smartphone also carries proposals like Reliance JIO cashback offer of Rs 4,450 and ICICI bank cashback offer of 5% on EMI transactions.