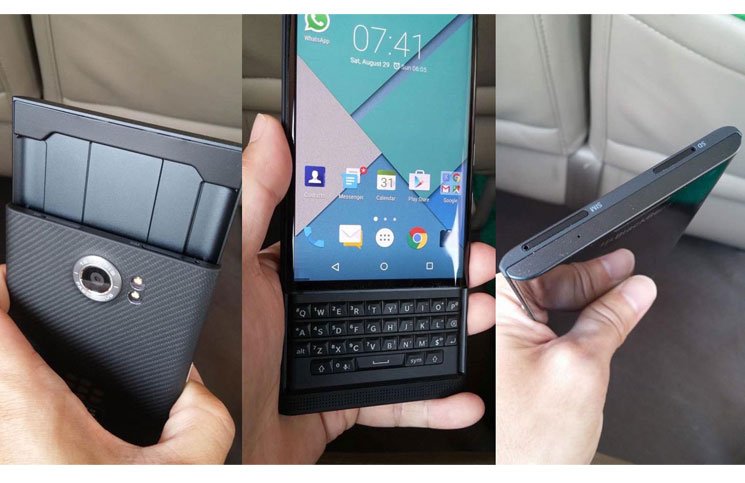 BlackBerry is considered one of the major smartphone vendors in the world, specializing in secure communications and mobile productivity. And they will soon launch BlackBerry Venice slider smartphone that will flaunt an Android operating system. According to Vietnamese site, ‘Tinhte’, the smartphone shows the traditional physical keyboard.

On the specification front, the Blackberry Venice slider smartphone has a 5.4-inch touchscreen display that can slide down. The display itself is tipped to be QHD resolution. Powering the smartphone is a Qualcomm Snapdragon 808 chipset. The device will have 3GB of RAM.

The BlackBerry Venice sports an 18-megapixel rear camera, which comes with dual-LED flash and optical image stabilization. There is also a 5-megapixel front camera.

The BlackBerry Venice is expected to come in November this year. This would be an exciting launch from BlackBerry and might just bring them back into the mobile phone arena.

Sahiba Sethhttp://www.gadgetbridge.com
Sahiba Seth is a student, pursuing English (Hon) from Delhi University. She has been a trainer of HYTSE (Helping Youngsters To Speak English) in her school. She loves to interact with people and she is crazy about gadgets like mobiles and cameras. She likes to read and search about gadgets, and their features. She loves to stay in tune with the happenings of Hollywood and Bollywood. Also, she is passionate about reading novels and creative arts.
Facebook
Twitter
WhatsApp
Linkedin
ReddIt
Email
Previous article
Airtel and Idea hike data charges by 20 percent for post-paid customers
Next article
Saavn app now available on Windows store for Windows 10 users