Both the cameras come with features like 1-type stacked CMOS sensor, the high-speed shooting of 30fps, shooting 4K videos without crop 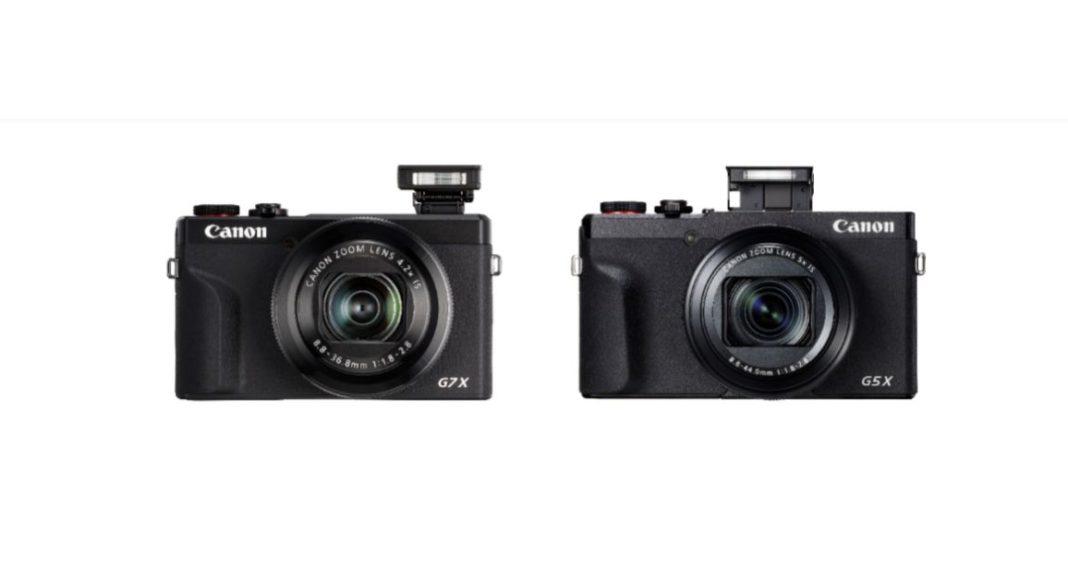 Commenting on the launch of the new PowerShot cameras, Mr. Kazutada Kobayashi, President & CEO, Canon India said, “In recent times, photography as an art of expression has gained a lot of traction among users. As one of the enablers in the imaging world, we consider it our responsibility to fuel the creative aspirations of customers. Our iconic PowerShot G series offers powerful imagery and advanced technology in a premium, yet compact form factor. Taking the legacy forward, we are delighted to announce the new entrants to the G series line-up, equipped with new user-friendly functionalities. The new cameras offer large sensors of high quality optics that will surely help fuel creative expression and further our endeavour of fostering the photography culture in India.”

As we mentioned before both the cameras are powered by Canon’s DIGIC 8 Processor that features a 1-type stacked CMOS sensor. As per the company, the sensor is well-built compared to the majority of other compact cameras. The cameras use ISO range of up to 25,600, which offers quality images in any circumstances such as low contrast situations as well as high contrast situations. With a wide aperture of f/1.8-f/2.8 along with a 24-120mm focal range, G5 X Mark II offers up to 5X optical zoom on the other hand PowerShot G7 X Mark III has 24-100mm focal range that provides 4.2X optical zoom. However, the PowerShot G5 X Mark II provides balances handling no matter what, from shooting portraits to macro close-ups of 0.47X magnifications as the company claims.

PowerShot G7 X Mark III is capable of shooting live streaming videos from the camera to YouTube that will require Canon Image Gateway. This feature is useful for vloggers. They can use the camera just like their smartphone to live stream events while they are connected to Wifi. In addition to this both the Canon cameras come with tilting LCD screens, which allows the user to shoot from different angles. Such as high angle shots as well as low angle shots to create videos with a unique point of view

Over that, snaps can be taken at a high speed of 30 shots per second in RAW burst mode (and 20fps in jpeg). Both cameras include a panoramic mode that allows the user to capture panoramic shots with horizontal or vertical panning.

The PowerShot G5 X Mark II features a high-resolution 2.36 million-dot pop-up electronic viewfinder. Both the PowerShot G5 X Mark II and PowerShot G7 X Mark III can be charged by means of USB charging. The connectivity options include Wi-Fi as well as Bluetooth Low Energy (BLE) that is compatible with smart devices. The devices can also be synced with the smartphone using a Canon Camera Connect app for transferring images from the camera to the smartphone while shooting at the same time. It comes with a useful feature called Remote Live View Shooting feature that allows the user to control the camera via smartphone that avoids camera shakes. Seems like Canon thought of it all while building these cameras.

Komila Singhhttp://www.gadgetbridge.com
Komila is one of the most spirited tech writers at Gadget Bridge. Always up for a new challenge, she is an expert at dissecting technology and getting to its core. She loves to tinker with new mobile phones, tablets and headphones.
Facebook
Twitter
WhatsApp
Linkedin
ReddIt
Email
Previous article
OnePlus 7 starts getting OxygenOS 9.5.8 software update and new security patch
Next article
Barco G60 series projectors with up to 10,000 lumens support launched in India