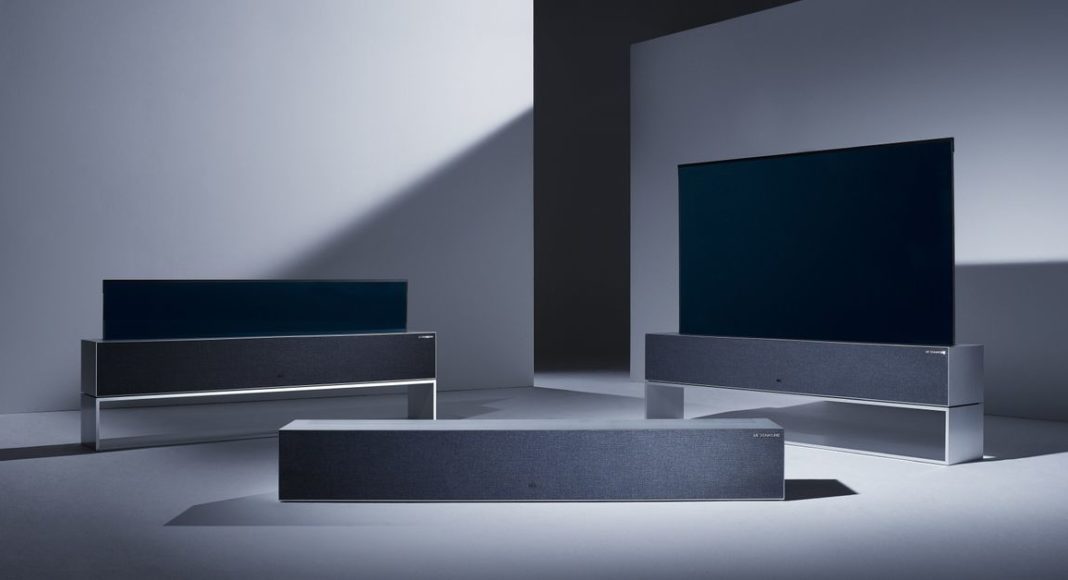 Last year at Consumer Electronics Show, LG showcased its 65-inch rollable TV prototype. And this year at CES 2019, the South Korean electronics maker has announced that its flagship 4K OLED TV will be hitting the market this year. LG’s finished Signature OLED TV R is very similar to the prototype that we saw last year, however, the company has added a Dolby Atmos speaker so the final product comes with built-in audio.

If you are one among those who don’t like the idea of owning a television because it occupies too much space in your living room, LG’s rollable TV may be the answer because it can slide down when you don’t want to use it. So it literally goes away when you are not watching anything on it. The television rolls down steadily into its base and can pop back up in 10 seconds with just a push of a button. This means that you don’t have to look at a big, black rectangle at the centre of your room.

The company has also added a mode to the rollable television called the ‘Line Mode’. When you activate this, you can have one-fourth of the screen showing when music controls and various options that can help you control other smart gadgets in your house.

Another key highlight of the device is that it comes with support for Alexa voice controls and has Google Assistant integrated into LG’s webOS software. In order to access Alexa, all you have to do us press the Prime Video button on your remote control. The company has also added Apple’s AirPlay 2 to the television that will enable easy media playback as well as device mirroring.

Even when the television is completely rolled up, users will be able to play music on the Atmos speaker system. This is another very key feature of LG’s rollable TV.
According to the company, the picture quality of its rollable TV is at par with that of any other device.

The product does sound like a great one, and certainly a relief to know that there is a television that can drop out of the view when it’s not in use. However, we should point out that it will be extremely expensive. LG has, in the past, launched a television that came with a price tag of $8,000. Considering that this is more impressive than any of its offerings, it should be costlier too.