All the laptops have dual fans, four fan outlets located at their sides and rear, and upper air intake. 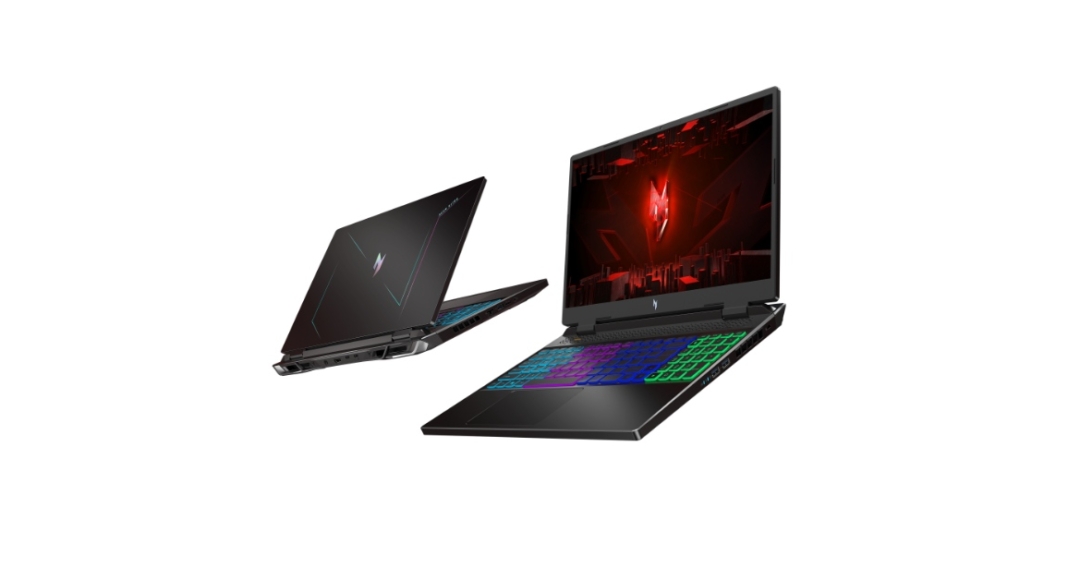 The upgraded 16-inch WUXGA or WQXGA display on the new Nitro 16 (AN16-51) gaming laptop has a refresh rate of 165 Hz and supports NVIDIA Advanced Optimus, which enables users to dynamically switch between the integrated graphics and discrete graphics without having to reboot. This laptop has a 5% larger screen than its predecessor. It has a 4-zone RGB backlit keyboard, 100% sRGB colour gamut compatibility, and an increased screen-to-body ratio of 84% for a more pleasing viewing experience.

The Nitro 17 laptop has a variety of display options, including an FHD display with 144 Hz or 165 Hz refresh rates and a quad high-definition display (QHD) with a 165 Hz refresh rate. It is powered by up to 13th Gen Intel Core HX processors. In order to spice up the gaming experience, it also includes a big touchpad (125.0 mm x 81.6 mm), an 81% screen-to-body ratio, and an RGB 4-zone backlit keyboard.

Players can save more games, movies, and streaming content on the new Windows 11-based Acer Nitro laptops thanks to its enormous 2 TB M.2 PCIe Gen 4 storage and up to 32 GB of DDR5 4800 MHz memory. A month of Xbox Game Pass or PC Game Pass is also included with both laptops, granting users access to hundreds of well-known PC games.

Each model includes Killer DoubleShot Pro and is equipped with Killer Wi-Fi 6 1650i to increase bandwidth. These laptops include an HD camera, two microphones, and two speakers with DTS:X Ultra audio to enhance the gaming and streaming experience and let gamers fully immerse themselves in rich aural settings. With an HDMI 2.1 port, a microSD card reader, two Thunderbolt 4 ports that support Power Delivery, three USB 3.2 Gen 2 ports, including one that supports offline charging, and two Thunderbolt 4 ports.

These Nitro devices contain two fans, four fan ports on the sides and back, a higher air intake, and additional liquid metal thermal grease support to help with cooling over prolonged hours of intense gaming. They each have NitroSense software pre-installed and a unique NitroSense key, enabling users to check the temperatures of their systems and modify fan speed and power performance settings to keep the hardware as cool as possible.

Komila Singhhttp://www.gadgetbridge.com
Komila is one of the most spirited tech writers at Gadget Bridge. Always up for a new challenge, she is an expert at dissecting technology and getting to its core. She loves to tinker with new mobile phones, tablets and headphones.
Facebook
Twitter
WhatsApp
Linkedin
ReddIt
Email
Previous article
CES 2023: Acer Predator Helios 16, Predator Helios 18 and new Predator monitors announced
Next article
CES 2023: Media day roundup