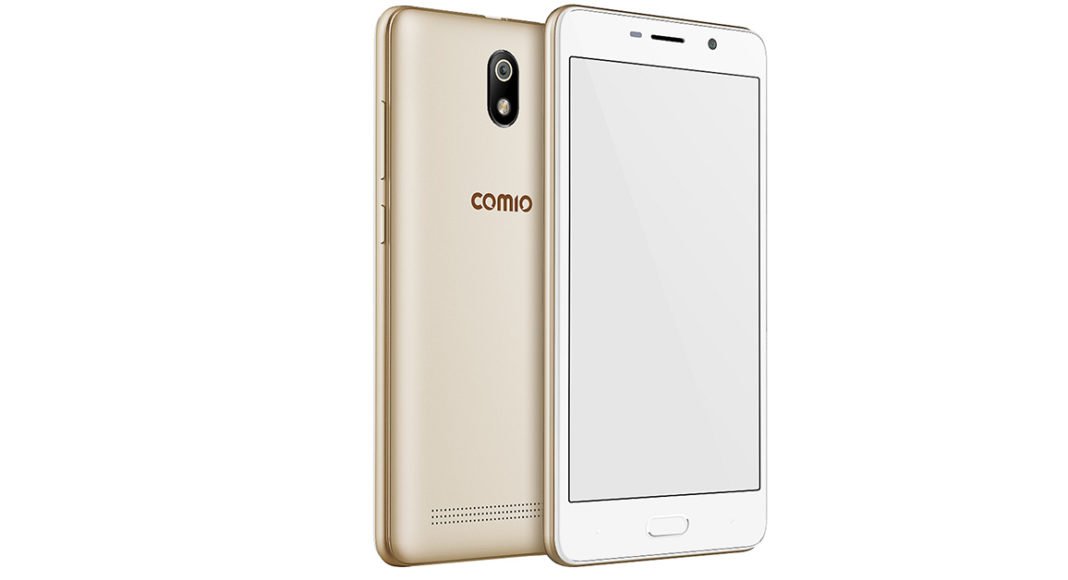 Comio seems to be on a roll, they recently launched the X1 Note in the Indian market dubbed as its flagship two weeks ago and now they are out with another mobile. Called the Comio C1 Pro the new device is ready to take on Xiaomi and Tambo in India. This smartphone is placed in the super budget segment of smartphones and seems to be aimed at people upgrading from feature phones.

The Comio C1 Pro is driven by a 5-inch HD+ resolution 720×1,440 pixels’ touchscreen and runs Android Oreo 8.1 straight out of the factory. Under the bonnet it spaces a Mediatek 6739 SoC (quad-core) and 1.5 GB RAM. These are accompanied by 16GB on-board storage, which is expandable by up to 128GB using a microSD card.

The Comio C1 Pro is powered by a small 2,500mAh battery, which is said to last for a full day, but we can tell you more only once we test it fully. As for the cameras, the Comio C1 Pro has an 8MP rear camera with AF feature and a front snapper powered by a 5MP sensor with facial recognition. Modes like panorama are available and gesture controls to take images is also there. Over that, this smartphone sports 3 SIM slots and split screen mode for the touch display is also available.

The Comio C1 Pro is available in 3 colours metallic grey, sunrise gold and royal black. It is priced at Rs 5,599 and as said before is aimed at the first time smartphone users.

The company says that the C1 Pro comes with 1 year and 100 days of warranty, one-time screen breakage wave-off and 30-day replacement guarantee. With that, Reliance JIO users can get Rs 2,200 cashback through 44 vouchers of Rs 50 each. The offer will become valid after the customer has successfully recharged with the service provider (using a pack of Rs 198 or Rs 299).