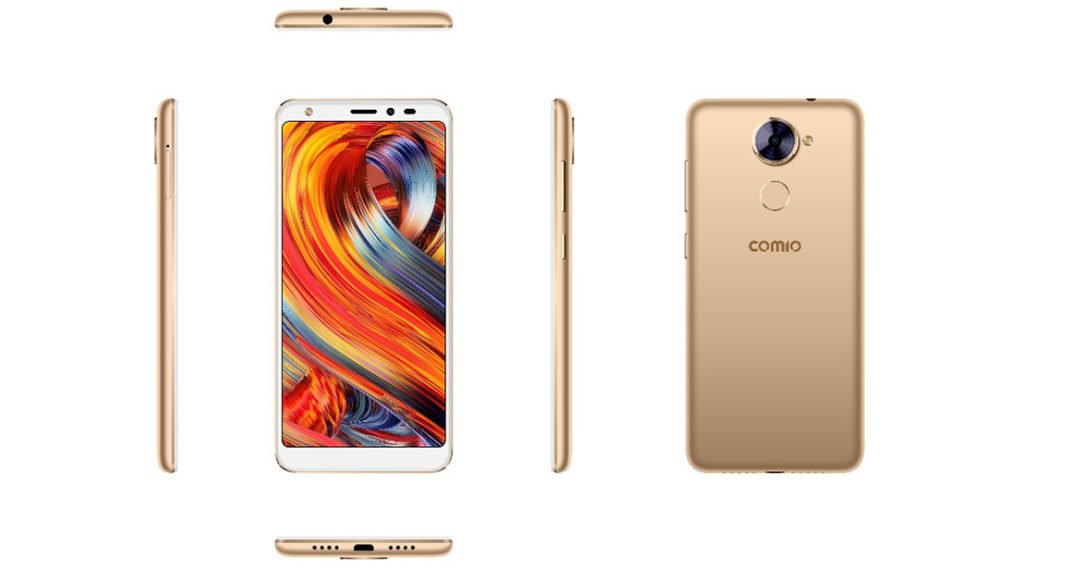 We had indicated earlier that COMIO will launch a smartphone in the last week of July. Today, they have gone ahead launched the COMIO X1 smartphone in India. This one is at the lower end of the budget smartphone spectrum, yet provides decent specifications. It comes weeks after the launch of COMIO X1 Note.

Mr. Sanjay Kalirona, CEO & Director, COMIO Smartphone, “On the back of a successful launch of the X1 Note, we are now delighted to introduce the all new COMIO X1 for the youth. With COMIO X1, we aim to enhance our customer’s experience with more advanced features at an affordable price. The COMIO X1 truly represents our ambition to emerge as a leader in the mid-segment smartphone industry.”

The COMIO X1 sports a 5.5-inch HD+ IPS full view display (1,440×720 pixels at 294 ppi). However, the main USP of the smartphone is its face unlock feature and a 13MP AF rear camera (f/2.0 aperture) with flash. The front camera is powered by an 8MP selfie shooter (f/2.2 aperture) with AI integrations. The camera also features modes such as Bokeh, face cut, beauty and smile gesture. The rear camera can record videos in full HD 1080p at 30 FPS, while the front camera is able to record video at 720p resolution at 24 FPS.

COMIO X1 also features a bike mode where the smartphone turns off all the notifications on the device when the user is riding a bike. It also automatically responds to the callers telling them that the user is currently riding a motor bike and will call them later.

Inside, this smartphone features a MediaTek MT6739 Quad-Core SoC 1.28 Ghz. This is coupled with 2GB RAM and 16GB on board storage. The internal memory is expandable by up to 128GB using a microSD card. Graphics are powered by the A53 GPU. Android 8.0 Oreo comes in the COMIO X1 and features such as split screen mode and pop touch are also included.

The smartphone carries three slots, two to accommodate nano SIMs and one for microSD card. Security features such as Intruder selfie and fingerprint sensor have also been thrown in the mix. The COMIO X1 supports 22 languages like the COMIO X1 Note. Other features include Bluetooth v4.0, micro USB charging port, FM radio, GPS/A-GPS, Wi-Fi 802.11 a/b/g/n, 3.5mm audio jack and OTG cable support. The COMIO X1 weighs 143.5 grams and is 8.3mm thick. The phone is powered by a 3,050 mAh battery. Colour options include Gold, Red and Black.

The COMIO X1 is priced at Rs 7,499 and comes with 1 year plus 100 days’ warranty. Warranty also includes 1-time screen breakage replacement and 30-day phone replacement. The smartphone is available at key retail stores across India and online platforms such as Flipkart, Amazon and Snapdeal. Users can also exchange their old COMIO smartphone with an assured 40% return policy (if the phone is not older than 12 months).

Opening offers include, one by Reliance JIO where the users get Rs 2,200 as cashback (40 x Rs50 vouchers) at the time of first successful recharge of Rs 198/299. The other offer is by Idea where the company is providing 60GB additional data with the recharge of Rs 199 (10GB per month) to its users.

Sahiba Sethhttp://www.gadgetbridge.com
Sahiba Seth is a student, pursuing English (Hon) from Delhi University. She has been a trainer of HYTSE (Helping Youngsters To Speak English) in her school. She loves to interact with people and she is crazy about gadgets like mobiles and cameras. She likes to read and search about gadgets, and their features. She loves to stay in tune with the happenings of Hollywood and Bollywood. Also, she is passionate about reading novels and creative arts.
Facebook
Twitter
WhatsApp
Linkedin
ReddIt
Email
Previous articleBlackBerry KEY2 with extra security features launched in India: Price, specs and availability
Next article5 must-have gadgets for your living room