Let's compare both the smartphones to know which one is better? 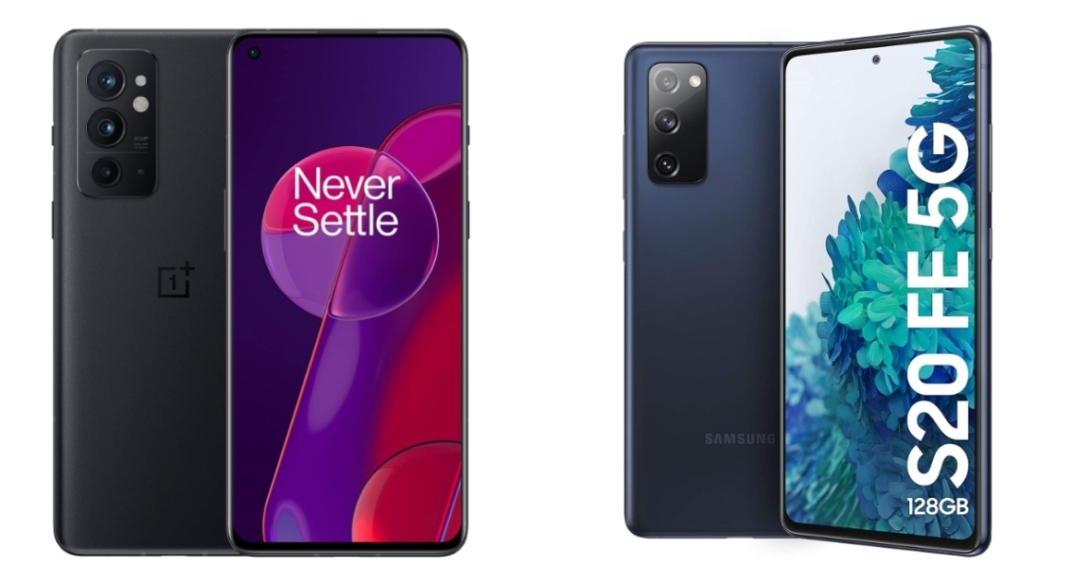 Since the beginning of the year, OnePlus appears to be on a roll. OnePlus debuted its most expensive smartphone, the OnePlus 10 Pro, in China earlier this week, and it is now unveiling a new product in India. The OnePlus 9RT was launched in India today, and it is expected to compete with a number of smartphones in the upper midrange pricing category.

The gadget will compete with the Samsung Galaxy S21 FE, which has just been released, too. So we’ll compare the two smartphones to see what the differences are and which would be a better choice for you if you’re looking to update or buy a new Android phone.

OnePlus 9RT: OxygenOS 11 based on the Android 11

Starting with the display, both phones have identical AMOLED displays and support for 120Hz refresh rates, however, the OnePlus RT is somewhat smaller. Both phones appear to be solid, but when it comes to durability, the OnePlus smartphone is not water and dustproof, which is a major flaw.

Samsung will also provide software upgrades for a longer period of time than OnePlus. However, the Fan Edition lacks fast charging, with just 25W available compared to 65W for the OnePlus 9RT.

When it comes to cost, OnePlus delivers everything for a considerably lower price. If you are willing to pay more, we recommend Samsung because it is durable not only in terms of design but also in terms of software.

Komila Singhhttp://www.gadgetbridge.com
Komila is one of the most spirited tech writers at Gadget Bridge. Always up for a new challenge, she is an expert at dissecting technology and getting to its core. She loves to tinker with new mobile phones, tablets and headphones.
Facebook
Twitter
WhatsApp
Linkedin
ReddIt
Email
Previous article
OnePlus 9RT, OnePlus Buds Z2 gets officially launched in India: Here is how much they will cost
Next article
15 January 2022 Amazon Quiz today answers: Answer to win Rs 30,000 Amazon Pay Balance