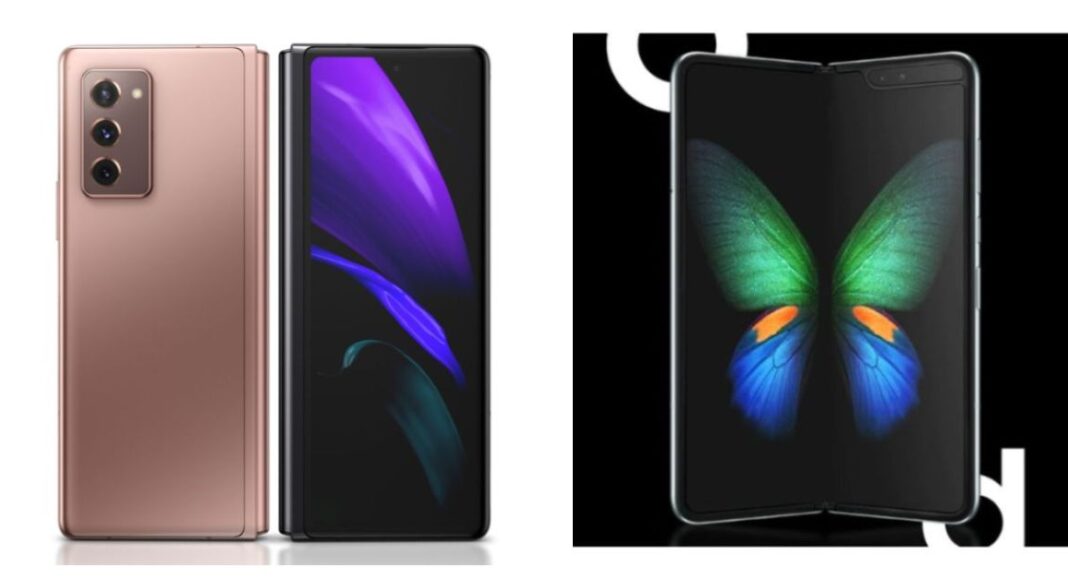 Samsung Galaxy Z Fold 2 has been officially introduced succeeding the South Korean company’s first foldable phone Samsung Galaxy Fold, offering top-of-the-line specifications. While it is now available in the US, the Indian market is expected to get to see the launch of the foldable smart device. Both the smartphones come with ground-breaking specifications along with a hefty price tag. So, if you were planning to have one read our comparison of Samsung Galaxy Z Fold 2 Vs Galaxy Fold.

Samsung Galaxy Fold: 16MP ultra-wide sensor with an f/2.2 aperture, a 12MP wide-angle sensor that has a variable aperture of f/1.5 to f/2.4, and a third 12MP telephoto lens with PDAF and an f/2.4 aperture paired with 2X optical zoom.

Samsung Galaxy Z Fold 2:  two 10-megapixel sensors with an f/2.2 aperture on the display as well as on the cover for taking selfies.

Though both the smart foldable devices come with top of the line specs it is not for everyone as one has to pay a hefty price for it. But if you have a love for the advanced technology and you are ready to pay for it then you can go for the up to date variant. The Samsung Galaxy Z Fold 2 comes with upgraded features and the company has re-engineered and cleaned the flaws, which earlier affected the Fold with improved features and a more advanced flex display. It further includes a CAM Mechanism similar to Galaxy Z Flip that enables the phone to open it up at multiple angles which is also an upgrade. In addition to this UTG protection unlike the plastic covering which was on its predecessor. So we would recommend you to go for the latest Galaxy Z Fold 2.

Komila Singhhttp://www.gadgetbridge.com
Komila is one of the most spirited tech writers at Gadget Bridge. Always up for a new challenge, she is an expert at dissecting technology and getting to its core. She loves to tinker with new mobile phones, tablets and headphones.
Facebook
Twitter
WhatsApp
Linkedin
ReddIt
Email
Previous article
BANNED: More than 118 apps including PUBG Banned in India
Next article
Sony lifts curtains off its high-power One Box Audio System range in India