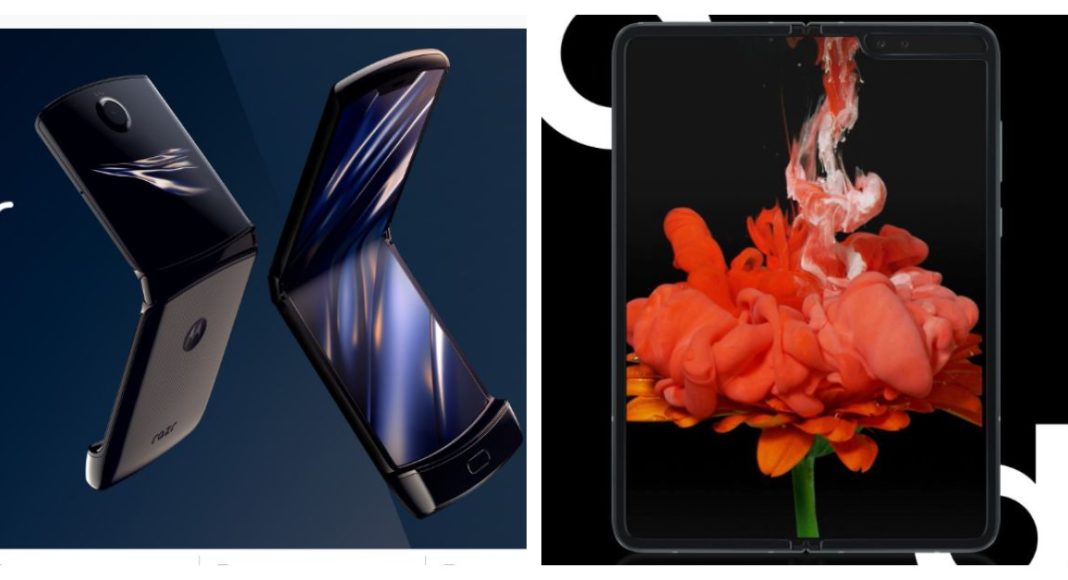 Lenovo owned company Motorola finally took the wraps off from the much-hyped Motorola Razr. The handset comes with a clamshell design and looks similar to Moto Razr. The company revived the Razr foldable phone back from the dead to compete with Samsung Galaxy Fold in the market. So here we bring the comparison of both the foldable smartphones, to know which one is the best buy.

Samsung Galaxy Fold: 12GB of RAM with 512GB of storage

If we talk about the foldable design Motorola Razr looks exactly similar to the iconic version of Moto Razr but with a 6.2-inch flexible OLED HD+ screen. Whereas Samsung Galaxy Fold comes with a 7.3-inch dynamic AMOLED Infinity Flex display.

The phones when folded carry a 2.7-inch Quick View display and a 4.6-inch HD+ Super AMOLED Display respectively. As per your preference if you want a phone with a larger display then you can choose the latter one and if you are looking for a much compact version then go for the Motorola Razr.

Now if we compare the cameras Fold has six cameras whereas Razr has two cameras. As for the pricing, Motorola has not launched the phone in India and also did not revealed the Indian pricing so we should wait till January when the company officially brings the revamped version of the iconic smartphone in the country.

Komila Singhhttp://www.gadgetbridge.com
Komila is one of the most spirited tech writers at Gadget Bridge. Always up for a new challenge, she is an expert at dissecting technology and getting to its core. She loves to tinker with new mobile phones, tablets and headphones.
Facebook
Twitter
WhatsApp
Linkedin
ReddIt
Email
Previous article
This new browser offers online browsing experience like never before
Next article
Realme-5s smartphone teased by the Company, to possess 5,000mAh Battery