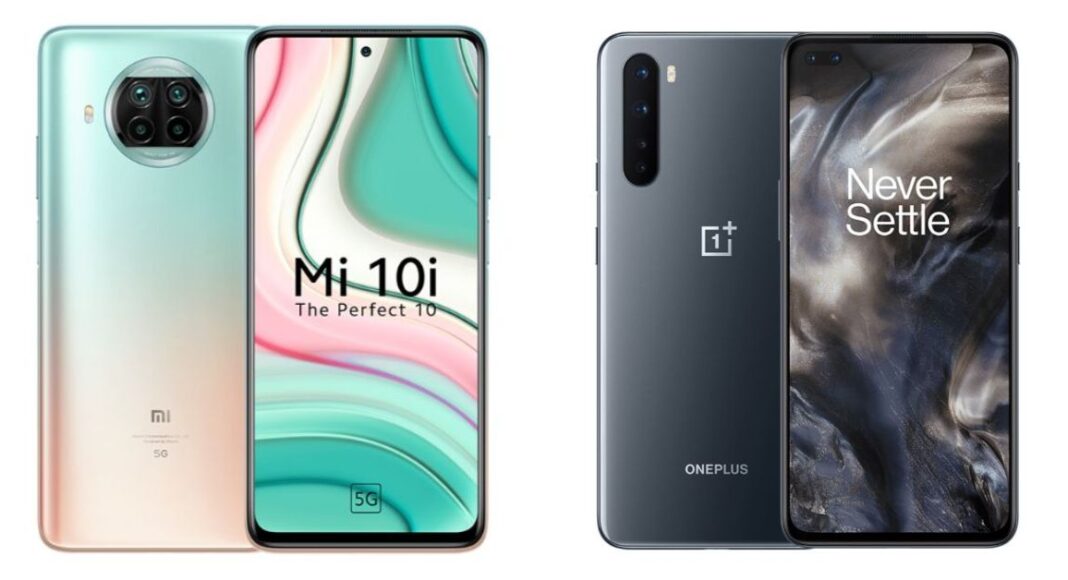 Xiaomi today launched its much-awaited Mi 10i in India today. The device is an affordable option that offers 5G connectivity. In addition to this, the device will give tough competition to other smartphones such as OnePlus Nord in the market as it offers a powerful camera resolution in addition to fully loaded features. So we have compared both the smartphones here to help you understand which you should go for if you are planning to get a new smartphone on the new year.

OnePlus Nord: 2-megapixel and a 5-megapixel macro and a depth sensor with f/2.4 aperture respectively.

Xiaomi Mi 10i comes with more inbuilt memory options so can store more content on your phone. Also, it comes with a larger display than the Oneplus smartphone. But on the camera front, Xiaomi also offers better camera specs but OnePlus Nord multiple cameras on the front which allows you to take better selfies and even a group selfie. So for the selfie addicts, you can go for the Nord but we would suggest you to go for Xiaomi as it provides a powerful rear camera set up.

Komila Singhhttp://www.gadgetbridge.com
Komila is one of the most spirited tech writers at Gadget Bridge. Always up for a new challenge, she is an expert at dissecting technology and getting to its core. She loves to tinker with new mobile phones, tablets and headphones.
Facebook
Twitter
WhatsApp
Linkedin
ReddIt
Email
Previous articleMG Hector 2021 to support Hinglish voice commands
Next articleJanuary 6 Amazon Quiz: Answer all the questions to win Rs 10,000 Amazon Pay Balance