Xiaomi Mi 10i debuts in India with 108-megapixel quad rear camera setup: Price and other details 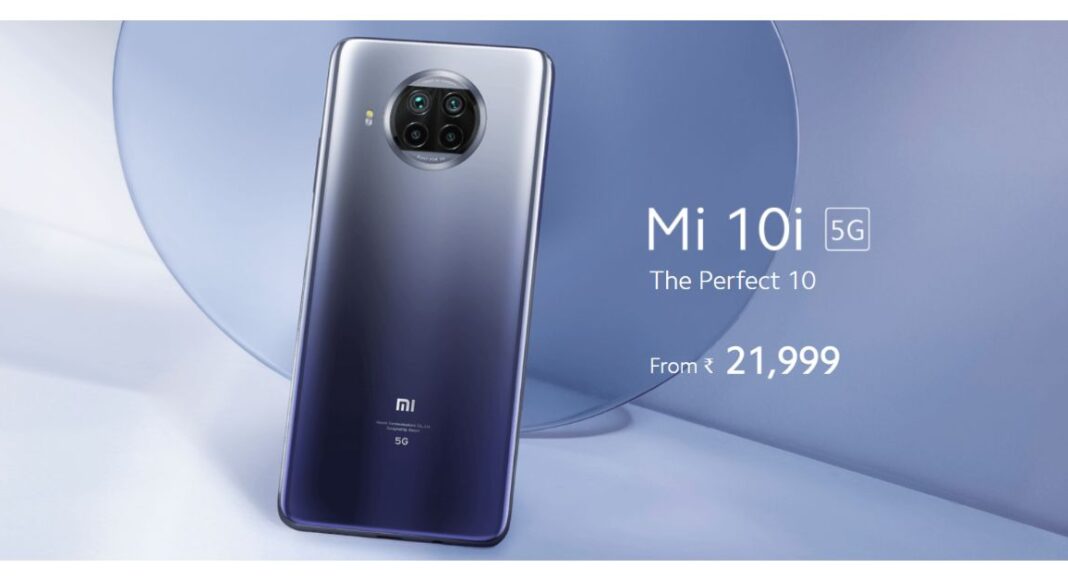 Xiaomi Mi 10i has officially made its debut in India today. With the launch of this smartphone, the Mi 10 series has also expanded, which already includes – Mi 10, Mi 10 Pro, Mi 10 Lite, and Mi 10 Lite Zoom Edition. The key features of the smartphone include a 108-megapixel quad rear camera setup, 120Hz adaptive sync refresh rate display and HDR10+ support. The device is powered by an 8nm-based Qualcomm Snapdragon 750G SoC paired with Adreno 619 GPU. Read on to know its features as well as pricing.

The Xiaomi smartphone is scheduled to be up for sale starting January 7 at 12 noon onwards via Amazon, Mi.com, Mi Studio stores, and Mi Home stores. Later on, it will be available via offline stores across the country. Whereas the open sale will begin from January 8. 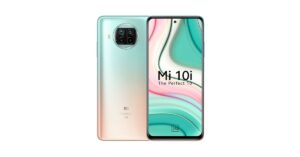 Speaking of the specifications, Xiaomi Mi 10i features a 6.67-inch full-HD+ waterdrop-style notch display with 1,080×2,400 pixels of resolution and 1500:01 contrast ratio. The display supports a 120Hz refresh rate with an 84 percent NTSC colour gamut and a peak brightness of 450 nits. In addition to this, the screen supports HDR and HDR10+ with Corning Gorilla Glass 5 protection on the front as well on the back panel. Furthermore, it is TUV Rheinland certified with Reading Mode 3.0 and Sunlight Display 3.0 support.

The Xiaomi Mi 10i runs MIUI 12 OS and it is powered by Qualcomm Snapdragon 750G SoC with Adreno 619 GPU. The device will be available in up to 8GB RAM and up to 128GB of storage option. For optics, there is a quad rear camera setup that includes 108-megapixel primary sensor with f/1.75 aperture, an 8-megapixel ultra-wide-angle sensor, 2-megapixel macro lens and a 2-megapixel depth sensor along with a Super Night Scene 2.0 mode. The camera app supports six long exposure modes, HDR, Google Lens, night mode 2.0, Pro mode, panorama, raw mode, 4k video recording among others. On the front, there is a 16-megapixel selfie sensor with f/2.45 aperture which has supports for Night Mode 1.0, AI Beautify, full-HD video recording and more.

Xiaomi Mi 10i is fuelled by a 4,820mAh battery supported by 33W fast charging tech. The smartphone has a side-mounted fingerprint sensor with dual stereo speakers. It should include a 5G, Bluetooth v5.1, Wi-Fi 802.11a/b/g, NFC, USB Type-C port, and an audio jack. The sensors on the phone will include ambient light, acceleration sensor, gyroscope, electronic compass, rear light sensor, ultrasonic distance sensor among others. In addition to this, the phone is IP53 rated for water and dust resistance.

Komila Singhhttp://www.gadgetbridge.com
Komila is one of the most spirited tech writers at Gadget Bridge. Always up for a new challenge, she is an expert at dissecting technology and getting to its core. She loves to tinker with new mobile phones, tablets and headphones.
Facebook
Twitter
WhatsApp
Linkedin
ReddIt
Email
Previous article
CES 2021: Meet solar-powered robot Ariel that simplifies pool cleaning
Next article
MG Hector 2021 to support Hinglish voice commands