The device is likely to come with identical specs as the Chinese variant. 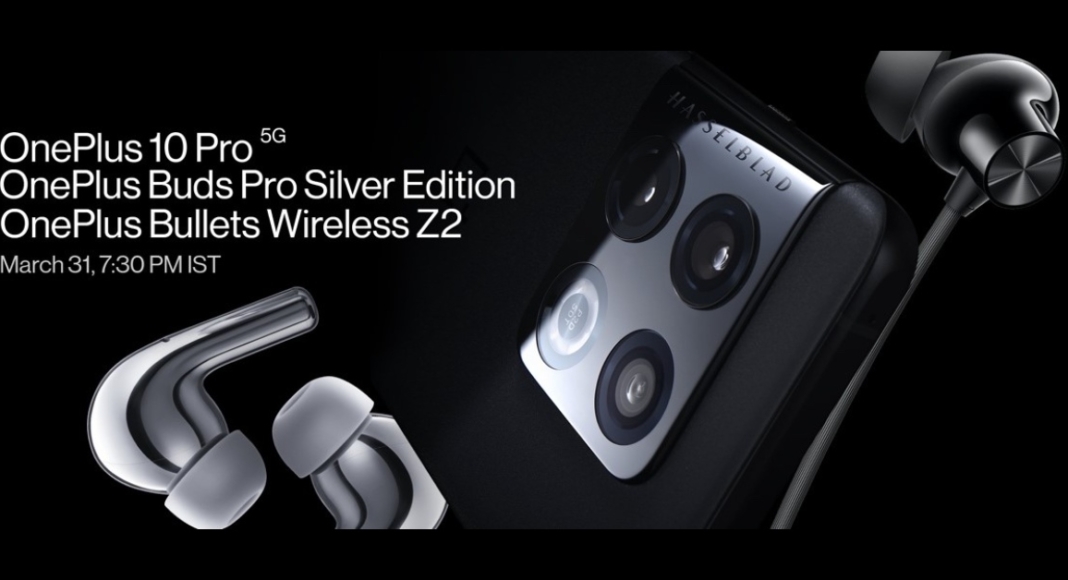 Finally, the OnePlus 10 Pro India launch date has been announced. The device will be available in the country on March 31st. The Chinese smartphone firm has been teasing its flagship device through its social media channels. To recall, the smartphone debuted in China earlier this year. While confirming the smartphone’s arrival the firm is also teasing the key specs of the upcoming phone that too matches with the Chinese variant. So Indian variant specifications will be similar to that of the Chinese model.

The OnePlus 10 Pro is powered by a 5,000mAh dual-cell battery that supports cable charging at 80W and wireless charging at 50W. The phone has two speakers and supports Dolby Atmos.

Komila Singhhttp://www.gadgetbridge.com
Komila is one of the most spirited tech writers at Gadget Bridge. Always up for a new challenge, she is an expert at dissecting technology and getting to its core. She loves to tinker with new mobile phones, tablets and headphones.
Facebook
Twitter
WhatsApp
Linkedin
ReddIt
Email
Previous article
You may now buy iPhone SE 2022 for as low as Rs 28,900, Here is how
Next article
5 Best Ways To Quickly Recover Deleted Contacts On iPhone