The device features a 64-megapixel quad rear camera set up 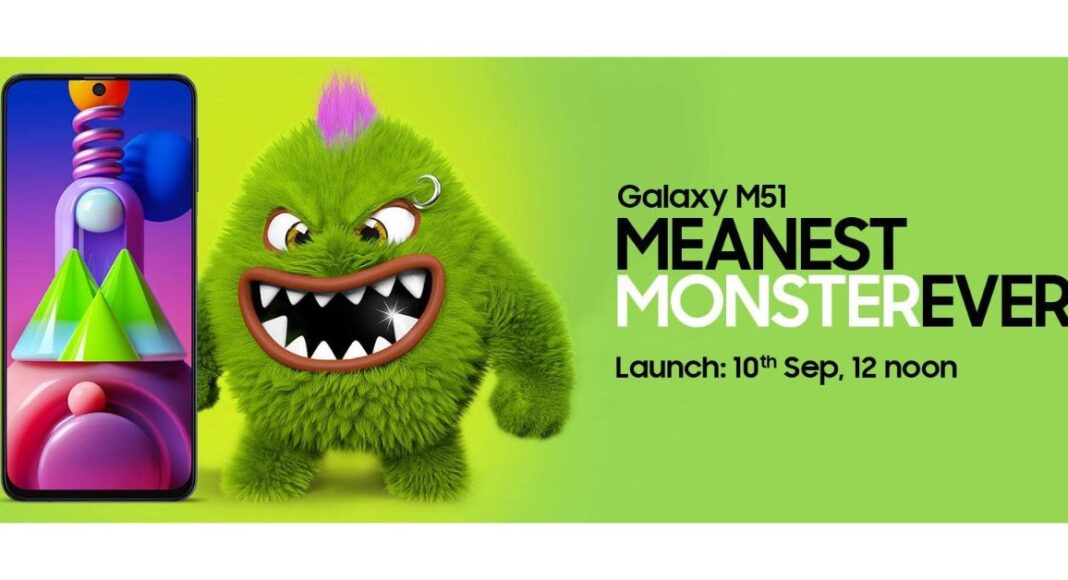 Samsung Galaxy M51 is now officially launched in Germany. Prior to its arrival in the Indian market, the device has made its debut in Germany and is now available for pre-order there. The device includes a hole-punch design display, quad rear cameras, and a massive 7,000 mAh battery that is supported by 25W fast charging. The South Korean major has also been teasing this device in India via e-commerce platform Amazon but soon after its launch in Germany the company announced the release date for the device in India.

As the device is being teased in India for quite some time now via Amazon. Earlier the online shopping website is hosting a quiz on the microsite created to tease the smartphone. Via the same microsite, the company has finally announced that M51 is launching on September 10 in India.  The Samsung Galaxy M51 reportedly will be priced between Rs 25,000 and Rs 30,000. 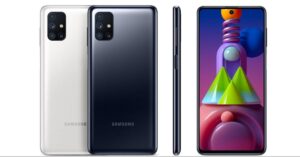 The Samsung Galaxy M51 runs on OneUI, based on Android 10. The device features a 6.7-inch full-HD+ Super AMOLED+ Infinity-O display. The hole punch carries a selfie camera that can be located at the top center of the screen. The device is powered by an unnamed octa-core processor paired with 6GB of RAM and 128GB of storage. The storage can be expanded using a microSD card. As per a report the device is expected to derive its power from Qualcomm Snapdragon 730 SoC. The Galaxy M51 is backed up by a massive 7,000mAh battery that comes with 25W quick-charging support.

For taking photos and videos, Samsung Galaxy M51 comes with a quad rear camera setup that includes a 64-megapixel primary sensor with f/1.8 aperture. Further assisted by a 12-megapixel ultra-wide-angle lens with 123-degree field-of-view (FoV), a 5-megapixel depth sensor and a 5-megapixel macro lens. While on the front there is a 32-megapixel selfie camera.

Komila Singhhttp://www.gadgetbridge.com
Komila is one of the most spirited tech writers at Gadget Bridge. Always up for a new challenge, she is an expert at dissecting technology and getting to its core. She loves to tinker with new mobile phones, tablets and headphones.
Facebook
Twitter
WhatsApp
Linkedin
ReddIt
Email
Previous articleSamsung Unpacked Part 2: How to watch the launch of Galaxy Z Fold 2
Next articleSamsung captures top spot in India’s Premium Smartphone Segment in H1 2020: CMR