Samsung Galaxy A71 with Qualcomm Snapdragon 730 processor launched in India 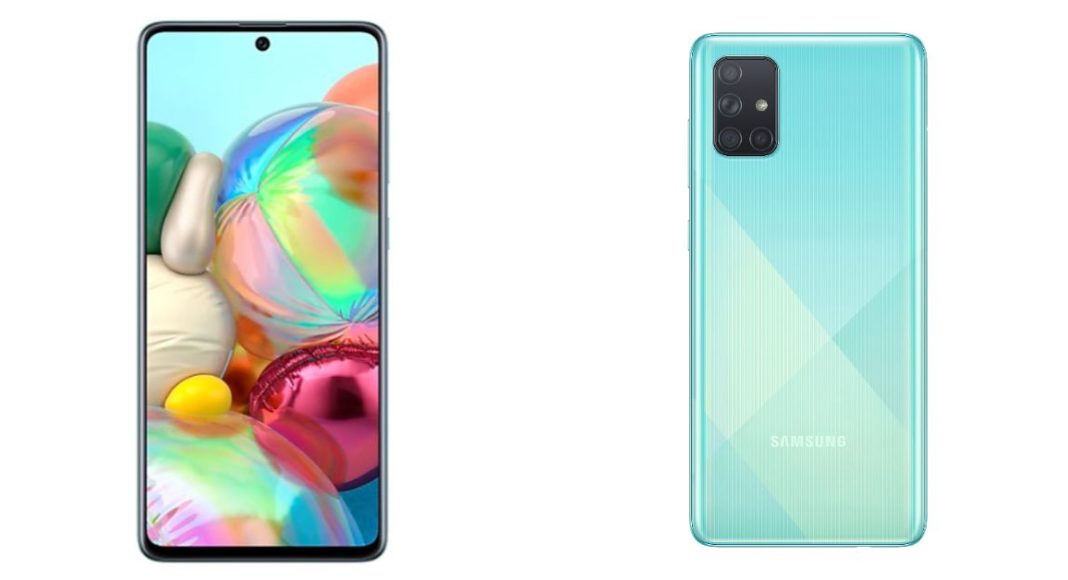 Samsung has finally launched its new A-series smartphone in the Indian market. The company launched Samsung Galaxy A71 that comes with Qualcomm Snapdragon 730 processor and a quad rear camera set up with a 64-megapixel primary camera and Android 10 out of the box. Prior to its Indian launch, the device was launched in Vietnam last year in December. There the company introduced the phone in two RAM and Storage variants 6GB of RAM with 128GB of storage and 8GB of RAM with 128GB of internal storage. But here the company launched only single 8GB RAM with 128GB storage variant.

Samsung Galaxy A71 pricing and availability

The company today launched the Samsung Galaxy A71 in India. As said, the company offered the phone in a single variant of 8GB of RAM with 128GB storage at Rs 29,999. The device will be available in three colour options of Prism Crush Black, Prism Crush Silver and Prism Crush Blue. The smartphone is going to be put on sale from February 24. It can be purchased via leading e-commerce platforms as well as from Samsung Opera House and Samsung.com.

Samsung Galaxy A71 features a 6.7-inch full-HD+ Super AMOLED Infinity-O Display with 1,080×2,400 pixels of resolution and a 20:9 aspect ratio. It comes with an in-display fingerprint sensor. It runs on  One UI 2.0 on top of Android 10 out of the box. The smartphone is powered by a Qualcomm Snapdragon 730 octa-core processor with 8GB of RAM with 128GB of internal storage. The storage can be expanded up to 512GB via a microSD card.

In terms of connectivity, there is 4G VoLTE, Wi-Fi, Bluetooth, GPS/ A-GPS, and a USB Type-C port. It houses a 4,500mAh battery supported by a 25W Super-Fast charging tech.

In addition to this, the smartphone comes with Make for India features that have been designed to help Gen Z consumers live a fast-paced yet organized life. The Alive feature makes SMS come alive by identifying messages that are most useful to the user and organizing them neatly in the form of visual cards such as Reminders and Offers. Now the keyboard offers multilingual predictions with the use of AI which can detect the language used by the user while typing. Now the users are allowed to find app content quickly with the use of Finders. They can search for content across entertainment, e-commerce, food and travel within the popular apps installed on their phones.

Komila Singhhttp://www.gadgetbridge.com
Komila is one of the most spirited tech writers at Gadget Bridge. Always up for a new challenge, she is an expert at dissecting technology and getting to its core. She loves to tinker with new mobile phones, tablets and headphones.
Facebook
Twitter
WhatsApp
Linkedin
ReddIt
Email
Previous article
Samsung Galaxy Note 10 Lite review: An absolute stunner
Next article
Samsung launched a new series of Convertible Inverter Air Conditioners