The device will be powered by Qualcomm Snapdragon 865 chipset 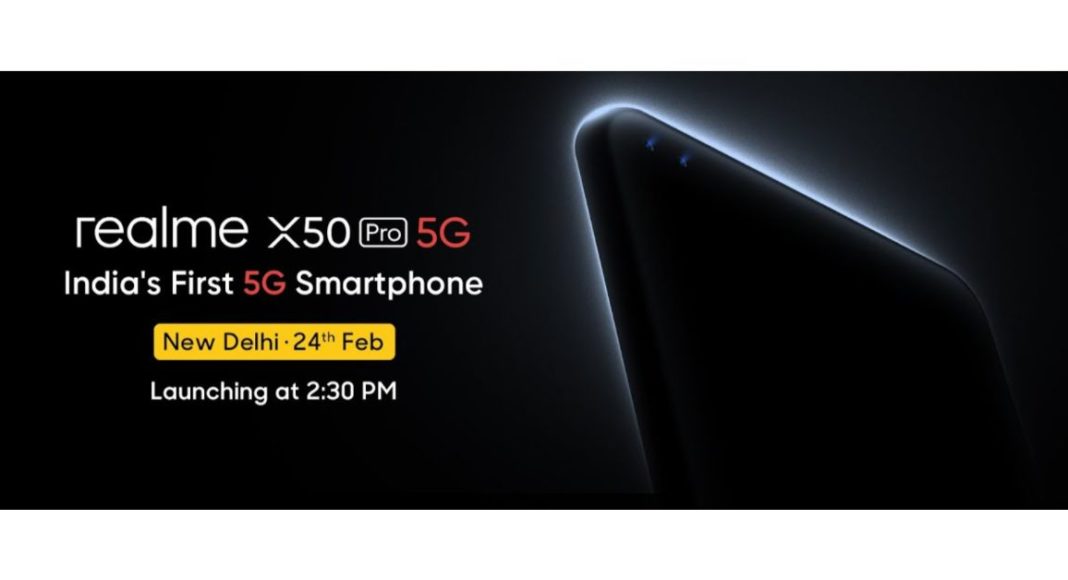 The Chinese smartphone company Realme is all set to launch a new smartphone in India. The company will be hosting a global launch of  Realme X50 Pro 5G in the country on February 24. The device was planned to unveil at the MWC 2020 which has now been cancelled due to the Coronavirus outbreak.

The mobile device is teased to be India’s first 5G smartphone, which will be unveiled in India as well as before the world for the first time. This will happen even before the company’s home market launch in China. Realme will be hosting a live launch event in New Delhi on February 24. The launch event will be live-streamed, which will begin at 2.30 PM onwards. To announce the arrival of the smartphone Realme India’ Chief Madhav Sheth took to Twitter to share the news. He made a tweet that reads, “A firm believer & doer of #PowerMeetsStyle philosophy!

Bringing #realmeX50Pro with many India firsts:

However, the company did not reveal much about the smartphone, but it is going to support 65W fast charging tech that will come will Qualcomm’s Snapdragon 865 processor under the hood. The invite clearly indicates that Realme X50 Pro 5G is going to carry a dual selfie camera. This device is the second mobile phone by the company to have a dual selfie camera. Last year in December the company launched Realme X50 5G that also has a dual camera on the front display. 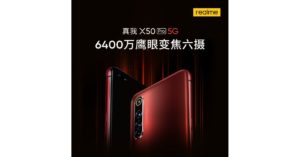 Moreover, the company has dropped a teaser of the upcoming smartphone that reveals a few key details about it. The company has put up a poster of Realme X2 Pro 5G on its event page that showcases the phone donning a red colour with a glossy finish. It clearly reveals that the device is going to carry a quad-camera set up on the rear panel placed vertically on the left corner inside a pill-shaped module.

Over that, it will support the 20X digital zoom. As for the cameras, Realme X50 Pro is going to pack a 64-megapixel primary camera sensor. While on the front there is a dual selfie camera. A 90Hz Super AMOLED Full-Screen display will also play house in this smartphone. Until now these are the only official information related instances available for the Realme X50 Pro 5G. As the launch day approaches we would keep you updated with more information related to this mobile phone.

Komila Singhhttp://www.gadgetbridge.com
Komila is one of the most spirited tech writers at Gadget Bridge. Always up for a new challenge, she is an expert at dissecting technology and getting to its core. She loves to tinker with new mobile phones, tablets and headphones.
Facebook
Twitter
WhatsApp
Linkedin
ReddIt
Email
Previous article
The first generation of the Oppo Watch teased, to come with Apple-like rectangular dial
Next article
Samsung Galaxy Fold 2 will feature an Infinity V display and a 64MP camera