Both the 4K televisions come with webOS TV. 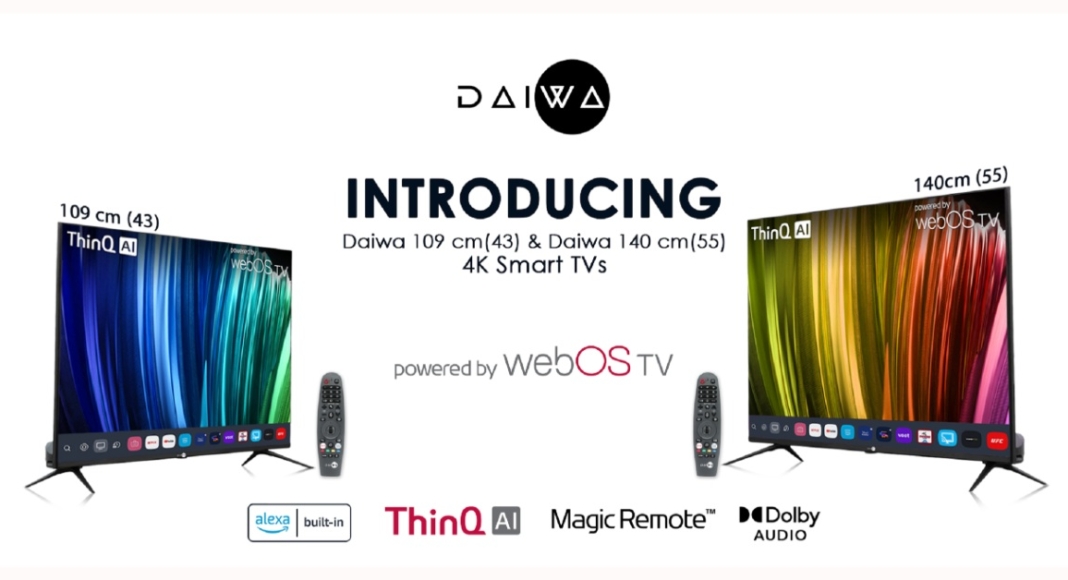 The Homegrown Indian Appliance brand Daiwa has announced the launch of its new range of 4K UHD televisions in the Indian market today. The company has introduced Daiwa 4K UHD Smart TV D43U1WOS and Daiwa 4K UHD Smart TV D55U1WOS. As the name suggests the former one will come in 43-inch size while the latter is 55-inch in size. Both the televisions are powered by webOS TV and include other features like ThinQ AI Voice assistance, an intuitive user interface supporting new technologies and a wide range of streaming services.

Daiwa 4K UHD Smart TV D43U1WOS has been launched in India at Rs 34,999. Whereas Daiwa 4K UHD Smart TV D55U1WOS bears a price tag of Rs 49,999. Both the smart televisions come with a 12 months complete warranty and additional 12 months Panel Warranty (T&C apply). These can be bought through the company’s official website and other online retailers in the country.

Both Daiwa 4K UHD Smart TV D43U1WOS and Daiwa 4K UHD Smart TV D55U1WOS feature a bezel-less display with a screen to body ratio of 96%. The screen supports 4K visuals with 1.07 billion colours, and the Cinema Mode is calibrated to D6500 Colour Temperature for users to experience a cinema-like viewing experience just the way the director intended. While the deep learning AI and Quantum Luminit+ Technology up-scales the low-resolution images to 4K to offer sharp and vivid visuals. The Smart TVs also support personalised picture and sound settings while viewing the content on OTT apps as per the user’s preference. 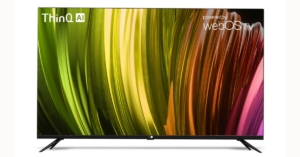 ThinQ AI lets you access voice assistance via the Magic Remote or the LG ThinQ App on your smartphone. It learns user patterns and builds suggestions and recommendations for music, movies, and other media based on those patterns. Smart TVs’ intelligent edit function organises apps and programmes based on previous choices and usage frequency. Alexa Built-in is now available on 4K Ultra HD Daiwa Smart TVs running webOS TV, allowing users to access all Alexa functions on the TV and control it with Alexa. Daiwa Smart TVs create the ultimate hands-free experience with voice command operations using ThinQ AI and Alexa Built-in.

The TVs have Dual-Band Wi-Fi, Miracast, and 2 Way Bluetooth 5.0 for high-speed connectivity. The TVs come with a Magic Remote that includes Universal Control of all connected devices (such as set-top boxes, soundbars, and so on) as well as Voice Command, dedicated Netflix and Amazon Prime Video hotkeys, and a unique click wheel.

Komila Singhhttp://www.gadgetbridge.com
Komila is one of the most spirited tech writers at Gadget Bridge. Always up for a new challenge, she is an expert at dissecting technology and getting to its core. She loves to tinker with new mobile phones, tablets and headphones.
Facebook
Twitter
WhatsApp
Linkedin
ReddIt
Email
Previous article
Krafton’s Thunder Tier One debuts in the market, now available on Steam: Details Inside
Next article
9 December 2021 Amazon Quiz today answers: Answer to win Rs 5,000 Amazon Pay Balance