The users can listen to all the official soundtracks, playlists, and podcasts of Netflix, along with exclusive Spotify content. 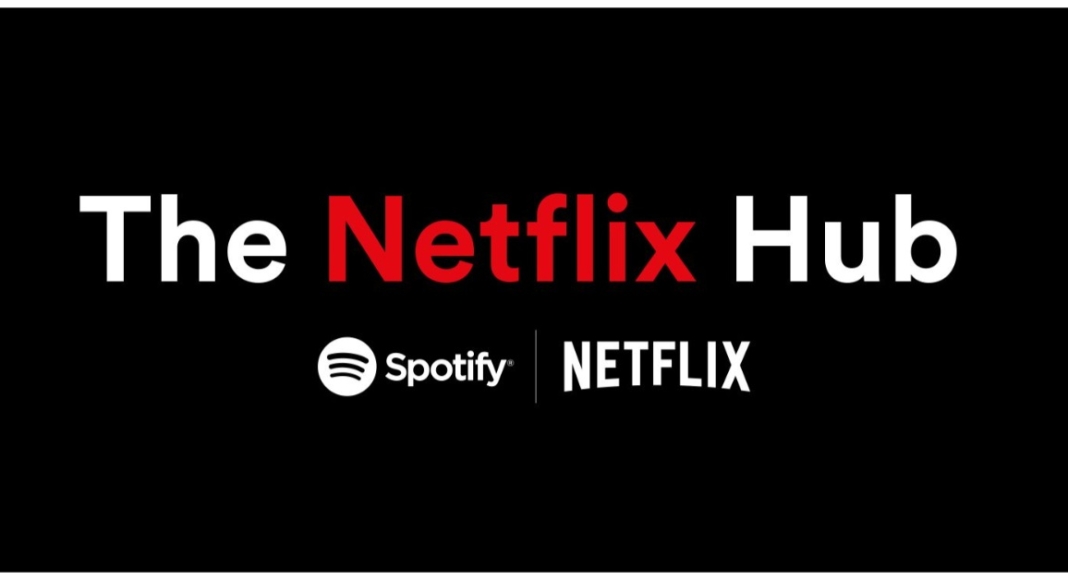 Music streaming app, Spotify, has announced the launch of a new hub. On the platform, the fans can listen to all the official playlists, podcasts and more pertaining to Netflix Shows. This would be called the Netflix Hub which will include all the soundtracks of hit shows like Money Heist and Squid Game and that too is absolutely free for both premium and non-premium members.

Commenting on the Netflix Hub announcement Spotify said, “So starting today, the two streaming companies are coming together to launch an all-new Netflix Hub on Spotify where fans can get the full audio-streaming experience from the entertainment they love.”

According to the company, because of the popularity of Squid Game, the listeners had created more than 22,500 unique themed playlists within two weeks of Squid Game’s debut on Netflix. 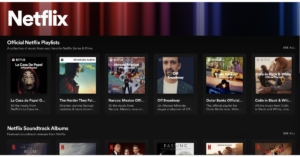 The Netflix Hub will be accessible to both Free and Premium listeners in the U.S., Canada, Australia, New Zealand, the U.K., Ireland, including India. They can easily listen to official soundtracks, playlists, and podcasts, along with exclusive Spotify content. By simply searching “Netflix” on Spotify, you can find and sing along to the music behind some of your favourite Netflix shows—all in one place.

In addition to this the Netflix Hub will also grant access to fans to official playlists for buzzy TV hits like La Casa de Papel (Money Heist), Bridgerton, and On My Block, as well as the official soundtrack for shows like Squid Game, Bruised, and Cowboy Bebop and Netflix-related podcasts like Okay, Now Listen, Netflix Is A Daily Joke, 10/10 (Would Recommend), and The Crown: The Official Podcast.

Spotify is also launching an enhanced album experience for Netflix’s new action-packed Western film, The Harder They Fall. Film buffs and music enthusiasts alike will enjoy the behind-the-scenes look at the creation of the movie’s soundtrack, led by Jay-Z, and the album’s exclusive audio liners from featured artists like Kid Cudi, Koffee, and Ms. Lauryn Hill. Listeners can access these unique Spotify features through Canvas, Storylines, and playlist Clips.

Not just that to honour the second part of the final season of La Casa De Papel (Money Heist), Spotify has refreshed the La Casa De Papel destination. One can search for new videos from the cast and the show’s official playlist featuring tracks from the latest episodes.

“Dedicated fans can also take their connection with the show a step further with a quiz sure to steal your heart. Take the Character Match Playlist quiz to find out your perfect La Banda character and soundtrack match,” Spotify stated.

Komila Singhhttp://www.gadgetbridge.com
Komila is one of the most spirited tech writers at Gadget Bridge. Always up for a new challenge, she is an expert at dissecting technology and getting to its core. She loves to tinker with new mobile phones, tablets and headphones.
Facebook
Twitter
WhatsApp
Linkedin
ReddIt
Email
Previous article
Vivo V23e 5G with 44W Flash Charge support launched
Next article
OnePlus 10 Pro specifications leaked, to be powered by Snapdragon 8 Gen 1 SoC