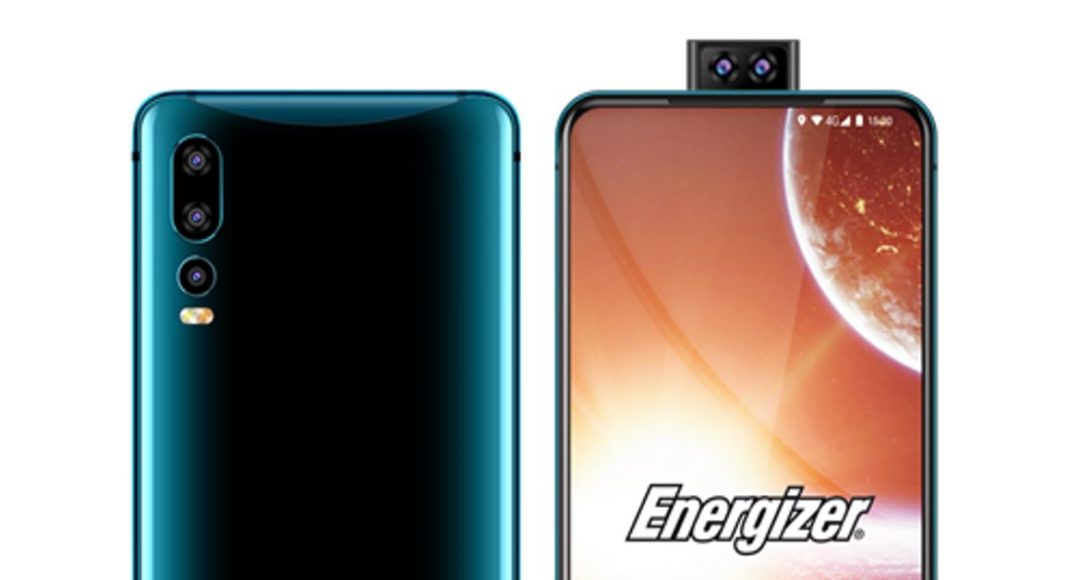 Energizer, the battery manufacturing company has launched a range of smartphones at the Mobile World Congress (MWC) 2019, and one among the smartphones houses a 18,000mAh battery. Dubbed Energizer P18K Pop, the handset looks like a power-bank with a screen and camera.

At MWC 2019, smartphone companies all around the world showcased their new technologies like foldable phones and the devices. But Energizer’s smartphone has none of these features and yet it managed to grab the attention of the media as well as consumers both with its massive battery.

The Energizer P18K Pop sports a 6.2-inch Full HD+ display with no notch thanks to the pop-up selfie camera and is powered by MediaTek Helio P70 SoC chipset. It has a triple rear camera setup comprising of a 12MP primary sensor, a 5MP camera  and a 2MP lens. For selfies and video calls, there is pop-up selfie camera on the device that has a 16MP and a 2MP sensor. The device comes with 6GB of RAM and 128GB of internal storage. Energizer P18K Pop runs Android 9.0 Pie and it’s key highlight is its enormous battery capacity.

As we have mentioned earlier, Energizer P18K Pop smartphone houses a behemoth 18,000mAh battery smartphone.  This is the first time that a smartphone has come with a battery as large as this. And to fit that kind of battery, it comes with a thick body. To be more precise, it is as thick as three normal sized smartphones. Not surprisingly, the smartphone weighs more than 400gms which can be too much to carry around in the pocket every day, if it will fit in the pocket that is. The P18K Pop looks more like a power-bank with screen and smartphone functionality than a smartphone. But even with that kind of thickness it doesn’t come with a 3.5mm headphone jack. According to Avenir Telecom, the company behind the smartphone, the Energizer P18K Pop has a standby time of up to 50 days and can last 2 days of video streaming and watching.

The Energizer P18K Pop will be available starting Summer this year. However, we don’t know the exact month or date. As of now, there is no word about the price of the smartphone too.

Aman Singhhttps://www.gadgetbridge.com/
Aman Kumar Singh has a Masters in Journalism and Mass Communication. He is a journalist, a photographer, a writer, a gamer, a movie addict and has a love for reading (everything). It’s his love of reading that has brought him knowledge in various fields including technology and gadgets. Talking about which, he loves to tweak and play with gadgets, new and old. And when he finds time, if he finds time, he can be seen playing video games or taking a new gadget for a test run.
Facebook
Twitter
WhatsApp
Linkedin
ReddIt
Email
Previous article
Redmi Note 7 Pro, Redmi Note 7 with dual rear cameras, 4,000mAh battery launched in India: Price, specifications and more
Next article
Samsung Galaxy A50, Galaxy A30 and Galaxy A10 with Android Pie-based One UI launched in India: Price and specifications