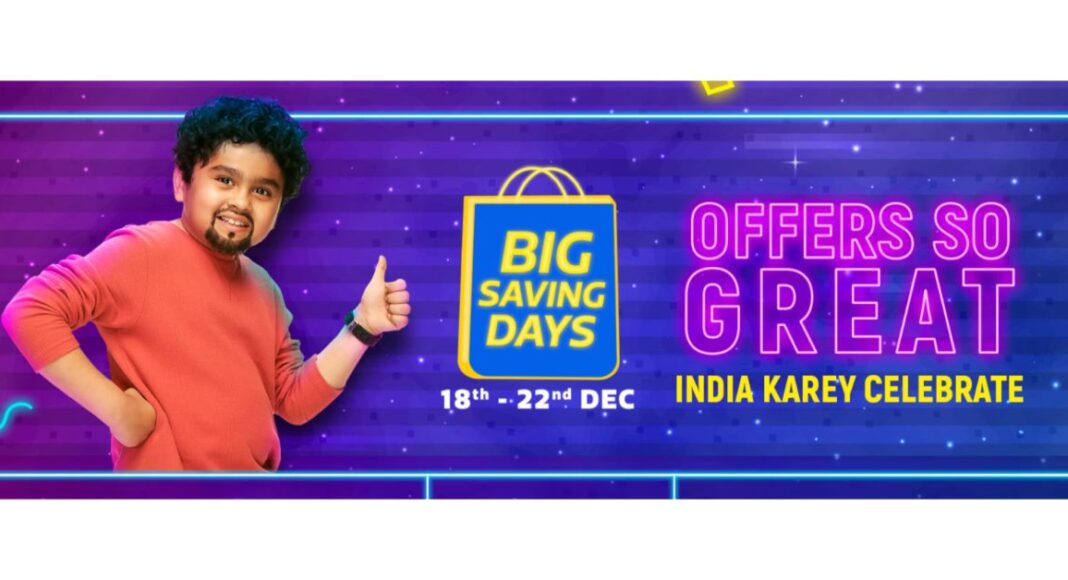 Flipkart has officially announced its new sale on its platform. The Flipkart Big Saving Days Sale will kick off from December 18 and will run until December 22 on the e-commerce platform. During the sale the up to 10 percent discounts to the SBI cardholders and on EMI transactions. In addition to this, there will be offers on electronics, smartphones and other gadgets. During the sale, the company will be offering discounts on popular smartphones such as Samsung Galaxy F41, Apple iPhone XR and more.

Redmi 9i 4GB RAM with 128GB storage option which is being sold at Rs 10,999 will be available for purchase at Rs 8,999 during the Big Saving Days Sale.

Recently Samsung launched its first F series device namely Galaxy F41 priced at Rs 19,999 for the 6GB RAM and 128GB storage option. The Device is listed to be sold at Rs 15,499 with an additional exchange discount of Rs 1,000. The buyers can also get the phone at Rs 10,860 with Flipkart Smart upgrade. 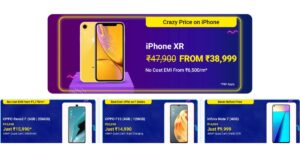 There will be no-cost EMI options starting at Rs 6,500 on the purchase of the Apple iPhone XR. The price of the phone will start at Rs 38,999 when purchased during the Flipkart sale.

Apart from smartphones, there will be up to 80 percent off on Electronics and mobile accessories with a 10 percent instant discount to SBI card holders. This will include True Wireless Earbuds from JBL, smartwatches, gaming laptops, WD hard disks, mobile cables, PC accessories from Logitech, HP, Dell and more, Apple iPad, Bluetooth Soundbars. Flipkart will be offering up to 70 percent discount on headphones and speakers, up to 40 percent off on laptops and desktops and 45 percent on top-selling tablets.

Komila Singhhttp://www.gadgetbridge.com
Komila is one of the most spirited tech writers at Gadget Bridge. Always up for a new challenge, she is an expert at dissecting technology and getting to its core. She loves to tinker with new mobile phones, tablets and headphones.
Facebook
Twitter
WhatsApp
Linkedin
ReddIt
Email
Previous articleSmartphone emerges as central nervous system for everything during COVID-19 crisis: Vivo
Next articleEA to reportedly acquire Codemasters for £725 million: Here’s what you should know