Flipkart is offering discounts, exchange and buyback offers on smartphones during its sale. 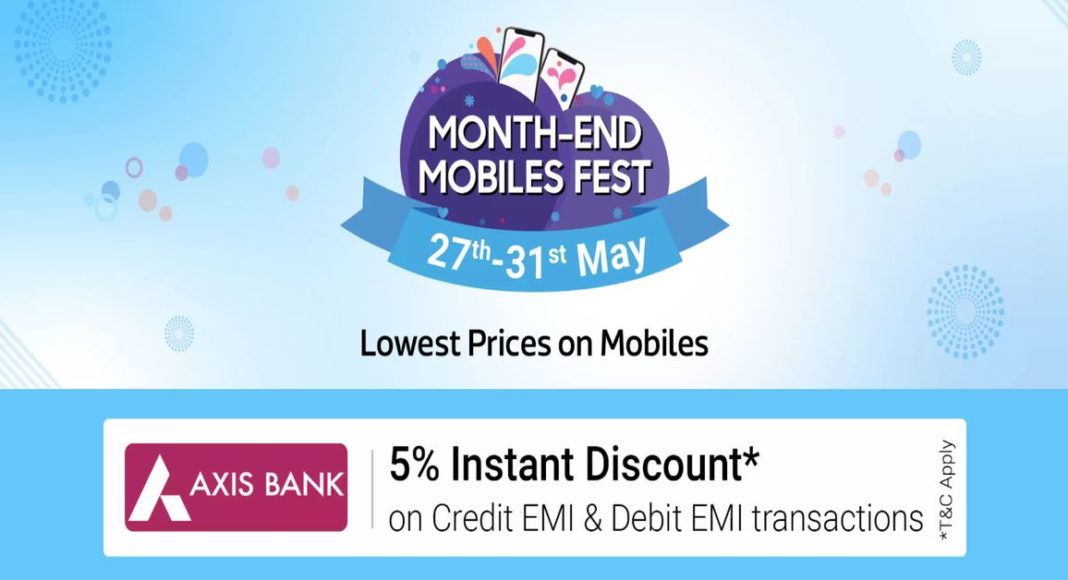 Flipkart has tied up with Axis Bank to offer 5% instant cashback on the purchase of any smartphone during the Month End Mobiles Fest. But the offer is valid only on EMI transactions done through either the credit or debit cards of the bank. Flipkart is also giving the customers exchange offers along with its mobile protection plans starting at Rs 99 during the Month End Mobiles Fest.

Talking about the sale, Apple’s iPhone X (64GB) is being sold at Rs 66,499 which is down from its original price of Rs 91,900. Earlier in Flipkart’s Big Shopping Days sale, the iPhone X was being offered at the same price.

The Samsung Galaxy Note 8 is once again being sold at Rs 36,990, down from its original price of Rs 74,000. The newly launched Samsung Galaxy A20 is also up for offers as it is getting an additional Rs 1,500 off if the customer chooses to exchange their devices in the Month End Mobiles Fest sale.

Other than exchange offers and discounts, Flipkart is also giving its customers the buyback guarantee on selected smartphones. So, the users can get the device of their choice at a discounted rate in the Flipkart’s Month End Mobiles Fest scheduled to end at May 31.

Aman Singhhttps://www.gadgetbridge.com/
Aman Kumar Singh has a Masters in Journalism and Mass Communication. He is a journalist, a photographer, a writer, a gamer, a movie addict and has a love for reading (everything). It’s his love of reading that has brought him knowledge in various fields including technology and gadgets. Talking about which, he loves to tweak and play with gadgets, new and old. And when he finds time, if he finds time, he can be seen playing video games or taking a new gadget for a test run.
Facebook
Twitter
WhatsApp
Linkedin
ReddIt
Email
Previous articleHow a Redditor managed to buy Moto Z4 even before it was officially announced
Next articleT-Series’ YouTube channel becomes the first to cross 100 million subscribers