Honor 20 Pro scores 111 in the DxOMark camera review; here’s how it compares with others 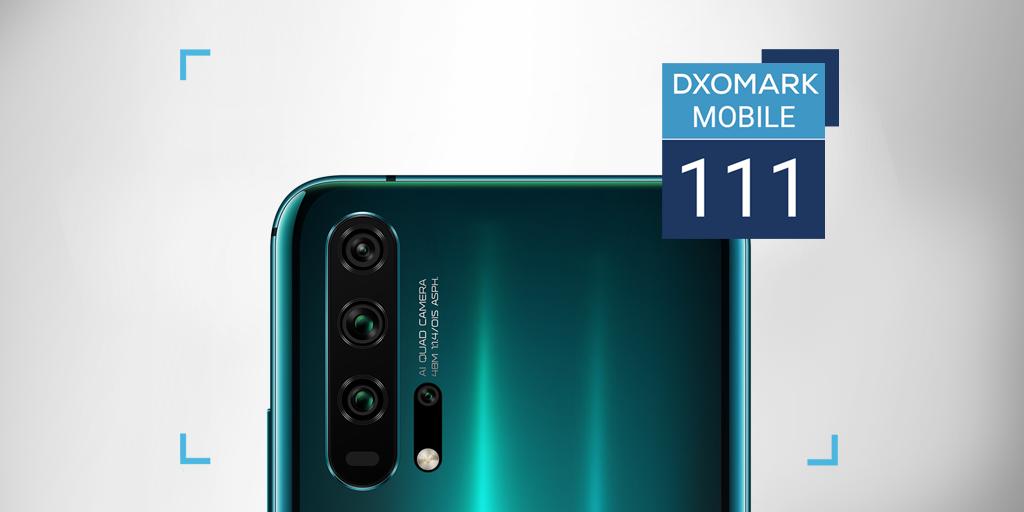 Honor seems to be following the footsteps of its parent company Huawei in terms of smartphone cameras. The recently launched Huawei P30 Pro scored the highest results on the DxOMark’s camera review. Earlier this week, Honor launched their next smartphones in the Honor 20-series that packs a quad-rear camera setup and has many features from Huawei’s flagship handset. Now, the Honor 20 Pro has received a DxOMark score of 111, just a day after its launch in London.

Huawei P30 Pro and the Samsung Galaxy S10 5G are the leading smartphones on DxOMark’s list with an overall score of 112. Honor 20 Pro’s overall score, on the other hand, is 111. We should mention that the score of the Honor 20 Pro matches the points scored by OnePlus 7 Pro. Being only one point below the top leaders states just how powerful and good the camera of the Honor 20 Pro is. What makes it even better is the fact that it is priced much lower than the Huawei’s flagship or the Samsung’s flagship device. Other than that, the Honor 20 Pro’s photo score is at 117 while its video score is 97 points.

The Honor 20 Pro’s camera review by DxOMark is given for its exposure skills, bokeh effect, zooming capabilities, noise level and a great dynamic range. The report also states that the only thing the Honor 20 Pro falls short on is the detail performance which is lower than its competitors.

The DxoMark’s reports that the Honor 20 Pro states that it gives some of the best highlights and shadow details. It is also capable of reproducing the vibrant and pleasant colours in the photographs. Other than this, the device performs well in low-light and produces less noise. According to the report, the bokeh effect of the smartphone is also one of the best with good subject isolation. It gives out a realistic gradient effect which applies different intensity of the blur to the objects at varying distances both in front of and behind the subject.

The report also states that the video colour rendering was good and video stabilisation was also efficient. While taking the video, the motion and the shake was counteracted by the camera stabilization thus delivering a smooth video.

With a #DxOMark Mobile score of 111 points, the #HONOR20Pro by @Honorglobal catapults into joint second place among the smartphones we’ve tested to date.
See our #review here: https://t.co/04Gsl9AGMH#Honor #HONOR20Series #mobile #smartphone pic.twitter.com/SH2vGmFUAl

The Honor 20 Pro is similar to the Huawei P30 Pro in many ways and it is also a better more affordable option that the Huawei’s flagship.

Aman Singhhttps://www.gadgetbridge.com/
Aman Kumar Singh has a Masters in Journalism and Mass Communication. He is a journalist, a photographer, a writer, a gamer, a movie addict and has a love for reading (everything). It’s his love of reading that has brought him knowledge in various fields including technology and gadgets. Talking about which, he loves to tweak and play with gadgets, new and old. And when he finds time, if he finds time, he can be seen playing video games or taking a new gadget for a test run.
Facebook
Twitter
WhatsApp
Linkedin
ReddIt
Email
Previous articleLenovo Z6 Youth Edition with a 4,050mAh battery and triple-rear camera setup launched: Price and specifications
Next articleHuawei says that the US is bullying it with the trade ban