CEO also hints the price of the upcoming devices 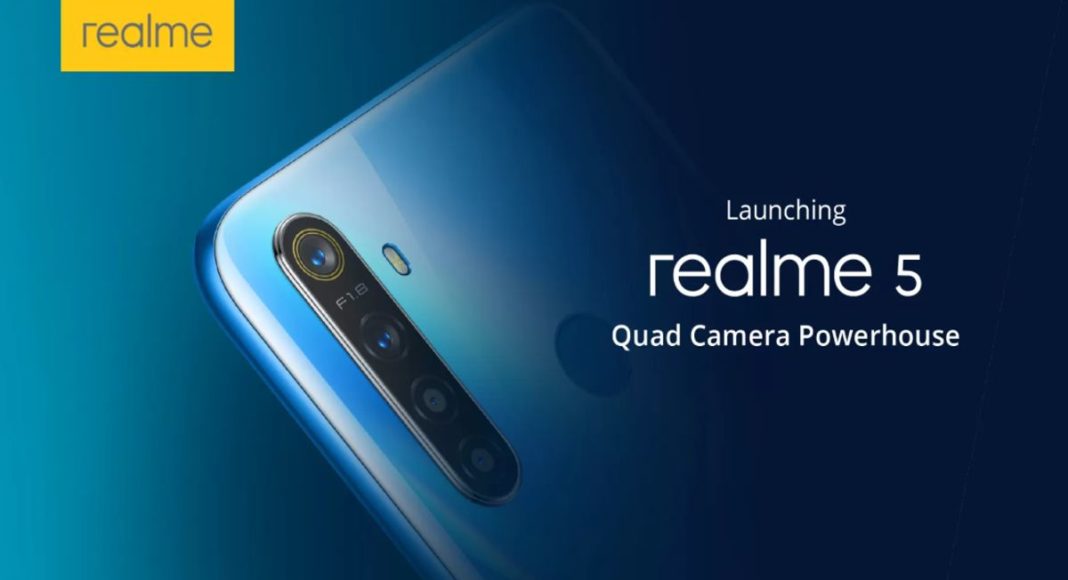 Prior to its formal launch, the key specifications of the Realme 5 and Realme 5 Pro have been officially released by the company. According to the dedicated microsite on Flipkart, the Realme 5 series model will officially debut in India on August 20 at 12.30 PM. The microsite also reveals the hardware detail as well as the design of the upcoming device. Both Realme 5 and Realme 5 Pro will come with a quad rear camera set up.

The quad rear camera set up will be featuring a 48-megapixel Sony IMX586 primary sensor. The microsite has confirmed the existence of the 48-megapixel primary sensor, other than that the microsite now also reveals the sensors along with lens setup. The Realme 5 Pro quad-camera setup will include a 119-degree wide-angle lens, 4cm focus Super Macro Lens, and a Portrait Lens. 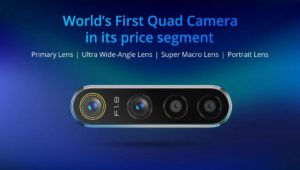 In addition to this, the upcoming smartphone will come with VOOC Flash Charge 3.0 technology that is claimed to charge 55% of the battery in 30 minutes. The website also reveals that the said smartphone comes with a “lightning-fast” Qualcomm Snapdragon SoC. On the other hand, the company revealed on its official Twitter account that Realme 5 Pro comes with “best mid-range chipset in its segment”. It is expected that the upcoming device will be powered by Snapdragon 712 SoC.

Another microsite has also showcased some more Realme 5 tech specs. The site highlighted that the device is the first quad-camera set up in its price segment that will arrive with a primary sensor of 1.25-micron pixel size along with an f/1.8 lens along with a 119-degree ultra-wide-angle lens, super macro lens, and a portrait lens. It further discloses that the said phone will house a 5,000mAh battery and will be fuelled by a Qualcomm processor. As per the latest Geekbench listing, it is expected that the smartphone will be powered by Snapdragon 665 SoC.

Komila Singhhttp://www.gadgetbridge.com
Komila is one of the most spirited tech writers at Gadget Bridge. Always up for a new challenge, she is an expert at dissecting technology and getting to its core. She loves to tinker with new mobile phones, tablets and headphones.
Facebook
Twitter
WhatsApp
Linkedin
ReddIt
Email
Previous article
After Apple, Google, Amazon, and Facebook now Microsoft admits that its contractors listen to Skype and Cortana recordings
Next article
Google has acquired the learning app Socratic, released on iOS