Both the caller screen and the call history will show a number's spam label. All Google Voice users will soon be able to access it. 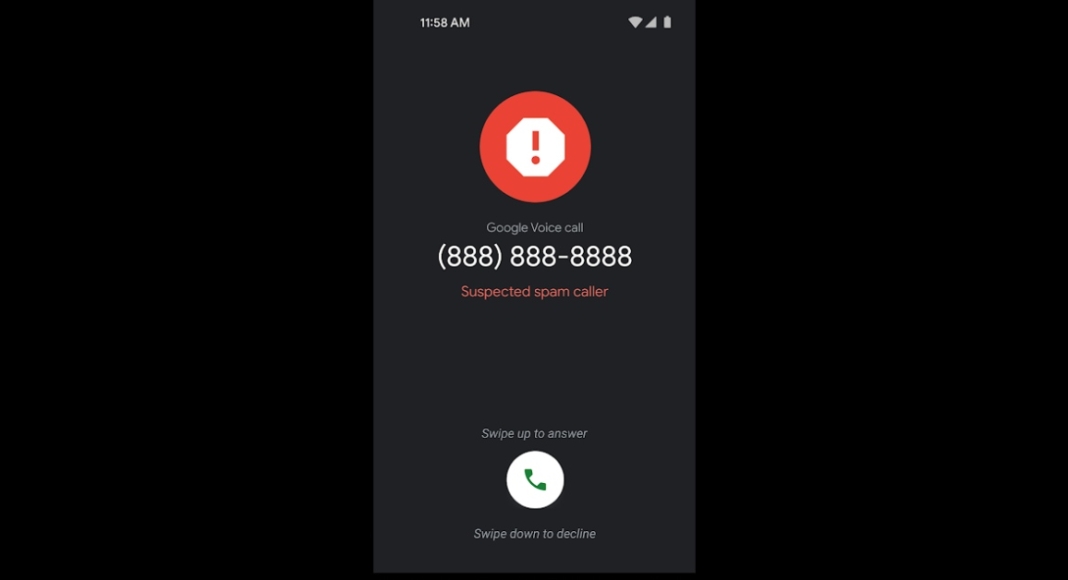 Now that a new version has been released, Google Voice will make it simpler for users to avoid spam calls. All calls that Google Voice suspects to be spam will be marked with the label “suspected spam caller” in order to help protect you against telemarketers and other potentially dangerous frauds. Both the caller screen and the call history will show a number’s spam label.

The Google Voice feature now includes an alert that informs users by highlighting “Suspected spam caller” labels on calls that might sound suspicious. Simply flagging a call as not spam enables the user to remove a number from the spam list. The improved secure calling functionality supports Google Voice‘s most recent network switching for Wi-Fi and cellular services.

“To help protect you from unwanted calls and potentially harmful scams, Google Voice shows a “suspected spam caller” label on all calls that Google believes to be spam. Google makes this determination using the same advanced artificial intelligence that identifies billions of spam calls each month across Google’s calling ecosystem,” the company via a blog post said.

In addition to the user’s call history, the new labels are visible on the incoming call screen. One option for users is to confirm a suspected spam call, which will put all subsequent calls from that number in the spam folder and send them directly to voicemail. Mark a suspected spam call as non spam so that the number’s label is never displayed again.

When the Voice spam filter setting (Settings > Security > Filter spam) is OFF, suspected spam labelling automatically appears. All calls that Google identifies as spam are immediately sent to voicemail when spam filtering is ON, and the call entry is placed in the spam folder.

According to Google, the gradual distribution of the functionality began on December 29. It could take up to 15 days to appear on Google Voice.

Komila Singhhttp://www.gadgetbridge.com
Komila is one of the most spirited tech writers at Gadget Bridge. Always up for a new challenge, she is an expert at dissecting technology and getting to its core. She loves to tinker with new mobile phones, tablets and headphones.
Facebook
Twitter
WhatsApp
Linkedin
ReddIt
Email
Previous article
Top 3 ways to get YouTube Premium membership for 4 months for free
Next article
How to check your iPhone’s battery health and tips to keep it running as new