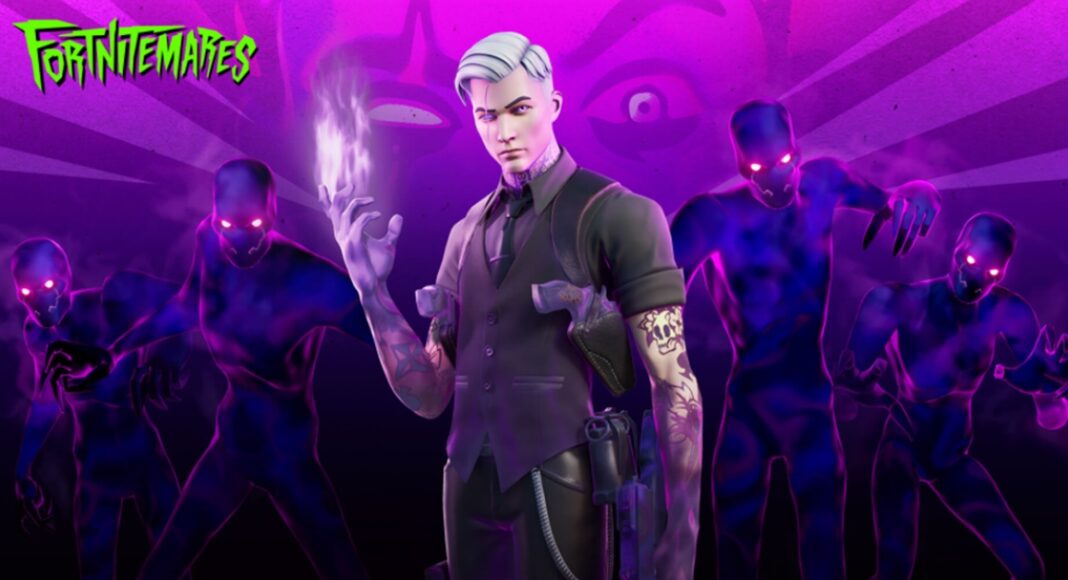 According to Epic Games, “Shadow Midas and his reawakened Henchmen have reclaimed what was once The Agency. During Fortnitemares, you’ll follow in their phantom footsteps and haunt your adversaries on the Island. After being eliminated in Solo, Duos, or Squads, return to battle as a Shadow for your shot at a Nitemare Royale. Join fellow Shadows to defeat survivors by using your otherworldly abilities, like possessing the body of vehicles…”

Besides Shadow Midas, there are wicked tricks. The Fortnite revealed that as you roam the Island, pick up the Pumpkin Rocket Launcher, fight foes with the Fiend Hunter Crossbow, ride on a Witch Broom, and employ a new invention by Midas. Interestingly, the Shadows were even kind enough to bring candy as well.

Furthermore, an offcial blog post by Fortnite revealed that four-time Latin GRAMMY winner J Balvin will showcase a special performance of Latin culture and hip-hop including the debut of his brand new song at the Afterlife Party. This party will kickstart at the Main Stage in Party Royale on October 31 at 9 PM ET (6 PM PT). Mind you! If you are looking to bring a costume to the party, the new Party Trooper Outfit is available in the Item Shop now all the way through November 1 at 8 PM ET. Epic Games further revealed that all Party Trooper owners who attend any of the Afterlife Party showings in Fortnite will unlock the exclusive J Balvin style.

If you want a Balvin celebration before the show, drop into Fortnite Creative from October 25 through October 31 to visit La Familia — an island made by community members Iscariote and Davidpkami where you can play minigames based on songs from J Balvin’s latest album!