HomeOther TechGamingFortnite's season 8 volcano has started erupting; here's what it could mean

Fortnite’s season 8 volcano has started erupting; here’s what it could mean 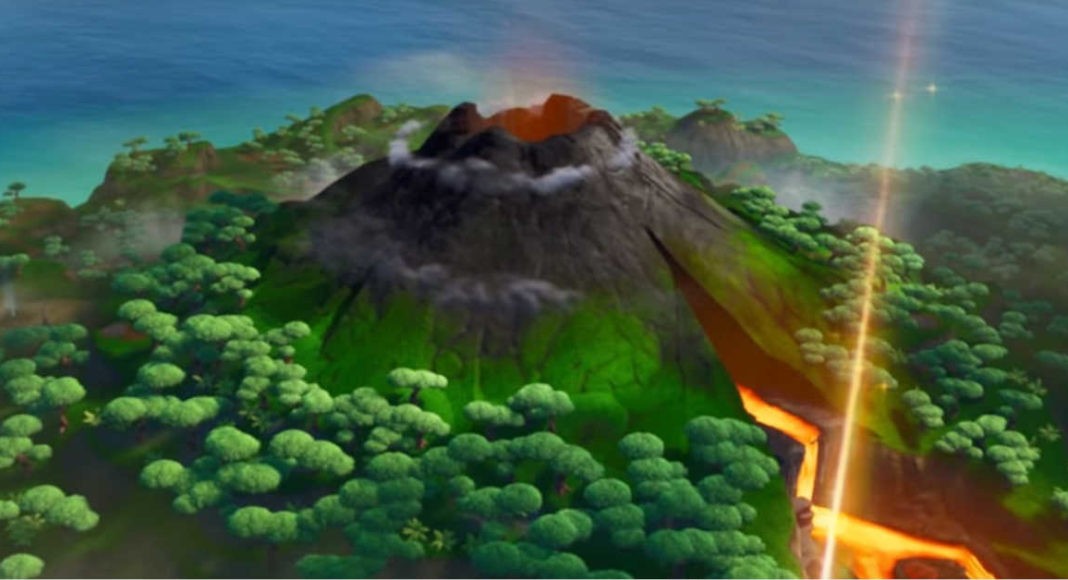 In February this year, the popular battle-royale game Fortnite finally got its season 8. And with Season 8, a volcano was added to the island that keeps on changing as the game progresses. And now, that Fortnite’s season 8 volcano has started to erupt. A few weeks back, a mysterious looking alien rune made an appearance on the island, and that was what got things in motion.

The players managed to collectively push the rune across the map of the game towards a spaceship-style structure that was found at the Loot Lake. But that wasn’t the only rune that appeared on Fortnite. Others runes followed and now, the fifth one has also appeared on the island and as a result of this, the volcano that has been there since February has started erupting.

We should mention that most of the players of Fortnite had already predicted that this will happen considering that dark smoke could be seen coming out of the iconic season 8 volcano. After the fifth and the final rune appeared earlier today, the smoke intensified and large dark grey and orange plumes started to erupt. At first, the volcano started spitting out some lava and shook the map. And this was followed by lava flooding out to various excavation sites in Fortnite.

As of now, the rune has a meter that fills up when players drop materials and ammo in the volcano. It’s actually like you have to sacrifice these to the volcano. From what it looks like, once the meter is completely full, the volcano will erupt completely and change the Fortnite’s island once again. However, there is no word on when exactly this will happen. It’s more like a team effort and all players can go and participate in what seems to be a ritual sacrifice. However, we advise you to be careful, as there are players who are also trying to kill the ones who are participating.

It is being speculated that once the volcano completely erupts, season 9 of Fortnite will begin. If this is indeed true, then it should be concluded by next Thursday, as the new season is set to begin on May 9.

But then, we should mention that this is Fortnite, and it has never been easy to predict what will happen in the game. While players are waiting for the next season to arrive, they can also go and check out the new Avengers: Endgame tie-ins that the battle-royale game has got.

Avani Baggahttp://www.gadgetbridge.com
Avani has an immense love for reading, travelling and food, but not necessarily in the same order. Avani almost started pursuing law, but life had other (better) plans for her and she chose to be a writer instead (luckily!) She previously covered technology at Times Internet and wrote about smartphones, mobile apps and tech startups. When she’s not writing, you’ll be able to find her in book stores or catching up on her social life.
Facebook
Twitter
WhatsApp
Linkedin
ReddIt
Email
Previous articleStuffcool Stuffbuds truly wireless earbuds launched in India: Price and features
Next articleTRAI asks the DTH operators to follow the new tariff regulations