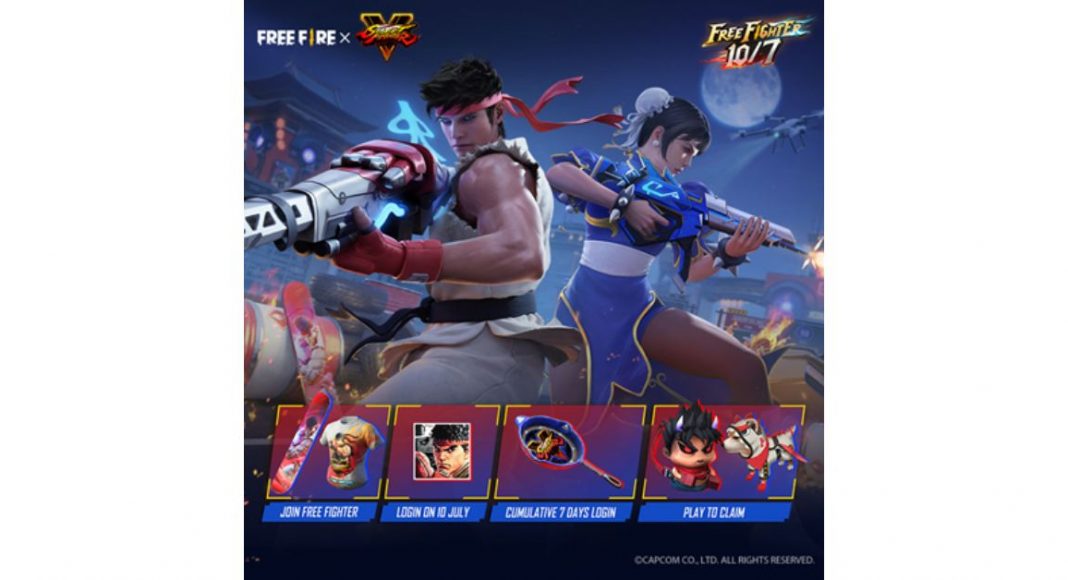 Now the Free Fire’s Street Fighter V crossover event is going to enter into the Final Round on July 10. As the crossover’s epic peak day fast approaches, Street Fighter stalwarts Ryu and Chun-Li are inviting players to unleash the results of their training and K.O. their enemies. The event will bring an array of exciting in-game activities and content await players, including the chance to claim time-limited Street Fighter V-exclusive items such as Ryu’s iconic outfit.

During the final round of the Free Fire Street Fighter V crossover event, the player will get an opportune time to add a host of time-limited Street Fighter V items to their collection for free just by logging into Free Fire. For this, the player needs to complete various in-game missions and activities till July 18. This will include e exclusive themed skins such as the Pet Skin: SF Shiba and Pan- Street Fighter; the Ryu Backpack; and Ryu T-Shirt and much more.

Those who are unaware of Garena Free Fire’s crossover event with Street Fighter V is a fighting video game franchise developed and published by Capcom. According to the developers it has sold 46 million units worldwide as of March 21, 2021. Street Fighter V was released for the PlayStation 4 and PC in 2016.

Komila Singhhttp://www.gadgetbridge.com
Komila is one of the most spirited tech writers at Gadget Bridge. Always up for a new challenge, she is an expert at dissecting technology and getting to its core. She loves to tinker with new mobile phones, tablets and headphones.
Facebook
Twitter
WhatsApp
Linkedin
ReddIt
Email
Previous article
5 best backpacks for your laptop and its accessories
Next article
Boat Xtend smartwatch launched in India at an affordable price of Rs 2,999