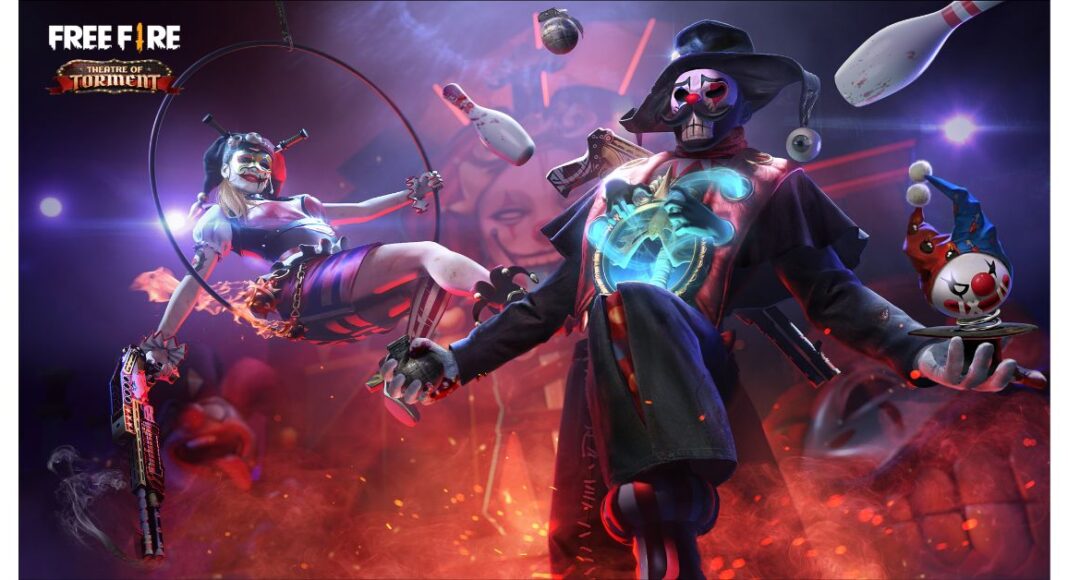 Garena Free Fire is now offering Elite Pass for the survivors. A new theme namely Theatre of Torment has now been introduced in the game. This brand new theme will bring the magician David and beast tamer Mysty, therefore allowing the survivors to earn circus-themed rewards. In addition to this, there will be the Cursed Magician Bundle and the Cursed Beast Tamer Bundle up for grabs. According to the Garena, the Theatre of Torment EP is funny and lighthearted, overall, while also appearing dazzling and mysterious.

The Theatre of Torment is a circus-themed Elite Pass to which the survivors will be introduced to magician David and beast tamer Mysty. They have both bugged out to join the circus to indulge their true passions. In this theme, you will be introduced to the battles between members of its sideshow. The performers will get to use their special talents against one another in battle.

In addition to this, the survivors can also earn a plethora of rewards that include Cursed Magician Bundle (David) and Cursed Beast Tamer Bundle (Mysty). Additional rewards such as the Horror Clown box skin, the Torment Cage backpack, the Torment Throttle surfboard skin, and a Theatre of Torment skin for the grenade, SPAS12, and motorcycle can also be earned.

Separately, Garena Free Fire is also taking registrations for Free Fire City Open 2021 tournament in India. This is for the first time that it is being hosted in the country. Those who are willing to participate can up in-game through the Free Fire Cup (FFC) mode till the matchday on 30 April. This national tournament will bring the top 12 Free Fire teams from across the nation to win a prize pool of Rs 60 lakhs.

All the 12 teams will include the top 10 teams from 8 states, which have been named after their major city – Delhi, Mumbai (Maharashtra), Hyderabad(Telangana), Ahmedabad  (Gujarat), Kolkata (West Bengal), Chennai (Tamil Nadu), Lucknow  (Uttar Pradesh), and Visakhapatnam(Andhra Pradesh). Additionally, there will be two wildcard entries that will come from outside of these 8 regions.

Komila Singhhttp://www.gadgetbridge.com
Komila is one of the most spirited tech writers at Gadget Bridge. Always up for a new challenge, she is an expert at dissecting technology and getting to its core. She loves to tinker with new mobile phones, tablets and headphones.
Facebook
Twitter
WhatsApp
Linkedin
ReddIt
Email
Previous article
Truecaller launched COVID-19 Healthcare Directory for Android users to quickly find hospitals
Next article
Vivo V21 5G with 44-megapixel selfie camera and triple rear cameras launched in India: Here are all the details