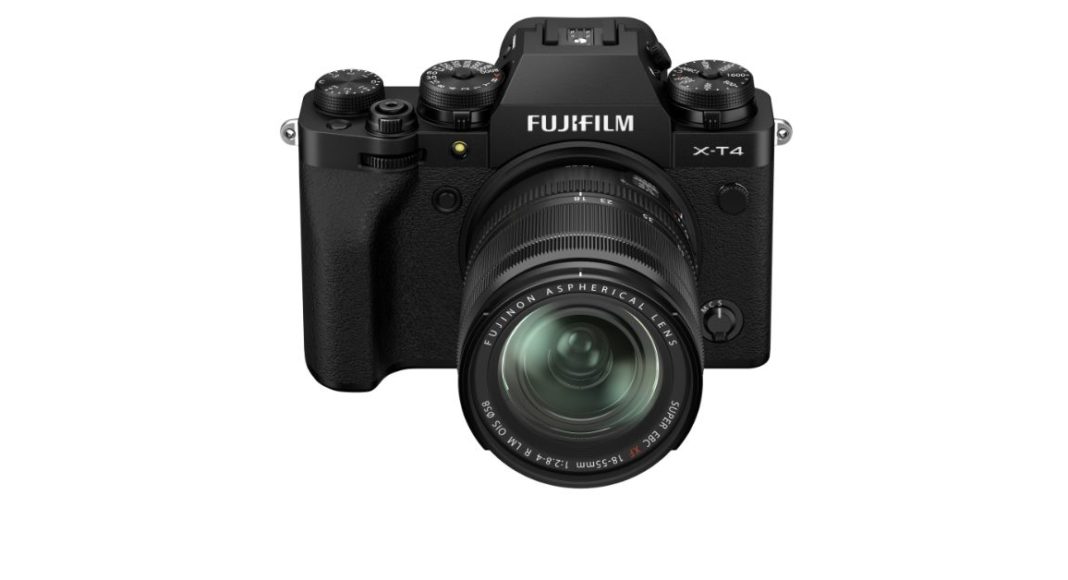 Japanese photography and imaging giant Fujifilm has announced the launch of their new mirrorless camera in the Indian market. Expanding its flagship X-series range the company launched FujiFilms X-T4  keeping in mind the needs and demands of the users for the camera to be fast, durable and quiet. The X-T4 is claimed to deliver as it comes with the fastest ever autofocus performance in an X Series camera along with in-body image stabilization (IBIS).

Speaking about the launch, Mr. Haruto Iwata, Managing Director, Fujifilm India Pvt Ltd. said, “At Fujifilm India, we believe in consistent innovation and a continuous growth process, where we break boundaries and redefine the expectations of how a digital camera can perform. And with the newly launched FUJIFILM X-T4, we wanted to create something that expands our user’s creative limits with its incredible imaging tools, a hybrid camera that uses cutting-edge technology to excel in creating both stills and motion imagery. The retro dials and analogue chic in the outside and the highly advanced packed features in the inside makes the X-T4 a truly compelling combination. Now our consumers can free themselves from compromise and be the image-maker they’ve always wanted to be.”

The pre-booking for the only body and the 18-55mm kit has been opened. Interested ones can visit the link here to register the Fujifilm mirrorless camera by paying an amount of Rs 5,000. The X-T4 will be available in two colour options black and silver. However, all the models are said to go on sale vis both online and offline platforms starting in June.

Fujifilm X-T4 is an upgrade over the X-T3 model. The camera is the company’s first model to feature an in-body image stabilization (IBIS). It provides 5-axis 6.5 stop image stabilization best suitable for night and action photography that includes sports and also assists with stabilized video recording. It comes equipped with a new w ultra-fast focal plane shutter capable of shooting up to 15fps in burst mode. The shutter unit boasts double durability with 300,000 shutter life & its shutter noise approx. 30% quieter compared to X-T3. Moreover, there is a larger capacity NP-W126S battery. It is claimed to deliver 500 frames per charge in the Normal mode, approx. 600 frames per charge in the Economy mode and up to approx. 1,700 frames when two additional batteries are used with the optional battery grip “VG-XT4.

In addition to this, the Fujifilm camera features “ETERNA Bleach Bypass,” that provides Hard Tonality, Low Color Saturation along with versatile Cinematic colour tones and high contrast for best photography experience. The camera comes with the PDAF Algorithm which ups the autofocus performance as fast as 0.02 seconds. This ensures that you capture and track a subject moving at high speed, especially shooting 15fps in Burst Mode and 8fps in live view. According to the company, it is its first camera capable of recording Full HD high-speed video at 240P, producing up to 10x real-time slow-motion effect.

Using the ETERNA Bleach Bypass features the mirrorless camera helps in creating images with low saturation and high contrast for a special atmosphere. Highlight and shadow tones from -2 to +4 can now be adjusted by 1/2 stops, instead of 1 stop, allowing for finer tonality. Moreover, the Auto White Balance includes two options  “White Priority” and “Ambience Priority” along with Auto mode. The “White Priority” mode delivers white better, while the “Ambience Priority” produces a warmer tone. When  “RAW” is selected, you can now choose the non-reversible “Compressed” option in addition to the reversible “Lossless Compressed”.

X-T4 offers a world’s fastest 15fps continuous shooting in post view and an 8fps continuous shooting in live view using the mechanical shutter and the electronic shutter enables blackout-free burst shooting of 30fps. The eyecup now comes with a locking mechanism to avoid tearing or dislodgement. Whereas the  LCD/EVF can be boosted in three different ways, Low Light Priority – allowing you to see the subject clearly in low light, Resolution Priority.

Komila Singhhttp://www.gadgetbridge.com
Komila is one of the most spirited tech writers at Gadget Bridge. Always up for a new challenge, she is an expert at dissecting technology and getting to its core. She loves to tinker with new mobile phones, tablets and headphones.
Facebook
Twitter
WhatsApp
Linkedin
ReddIt
Email
Previous articleYouTube vs TikTok: CarryMinati’s fans celebrate on social media after TikTok suspends Amir Siddique’s account
Next articleRealme launched its entry-level Smart TV series in India starting at Rs 12,999