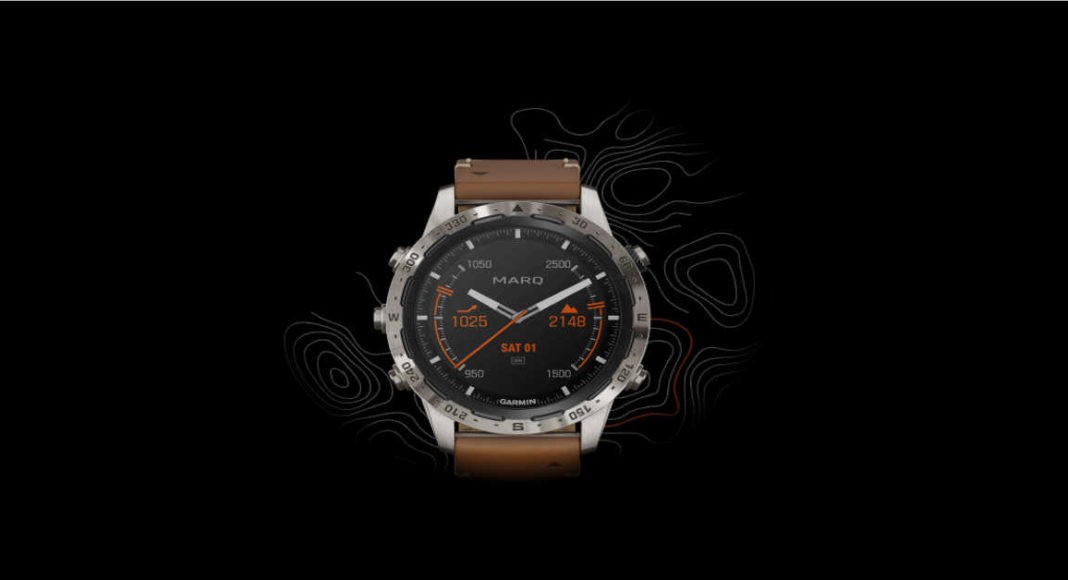 Till now, Garmin has mainly focussed on smartwatches that are aimed at fitness lovers. But now, the smart wearables maker has taken its fitness-focussed smartwatches in a more premium direction by unveiling its new Marq lineup. Garmin‘s Marq range is a series of luxury smartwatches that will be priced between $1,500 and $2,500. With the new smartwatches, the company is targeting the high-end watch market where it will be seen competing with the likes of Rolex, Breitling and Omega.

Under its new Marq range, Garmin has released five smartwatches and each one of them comes with its own speciality. The smart wearables company also seems to have taken some inspiration from what Tag Heuer and Louis Vuitton did and hence, will be merging a high-build quality, materials with the internals of a smartwatch. So all Garmin Marq smartwatches will come with titanium cases, sapphire crystal and house features like notifications, activity tracking and heart rate monitors. Other than this, each Garmin Marq smartwatch will have a unique feature.

The five smartwatches that have been launched by Garmin are:

Marq Driver: Priced at $2,500 and meant for racing. The smartwatch has a pre-loaded data for over 250 tracks and it has some racing-focussed features so it can be used to track lap times, top speed and more.

Marq Aviator: Priced at $1,950 and aimed at pilots. Its unique features include emergency navigation guides to the nearest airport, a map, weather reports and more.

Marq Captain: Priced at $1,850 and targeted at those who love to sail. The smartwatch comes with a special regatta timer, tack assist, autopilot, boat data functions and a ‘man overboard’ feature. As the name suggests, the feature helps in marking a person overboard and helping the sailor navigate towards his location.

Marq Expedition: Priced at $1,750 and meant for hiking. The luxury smartwatch comes with topographical maps, a compass and a dedicated mode that can extend the battery life by weeks in case the wearer has to go on a long trip.

Marq Athlete: The smartwatch costs $1,500 and is aimed at athletes. The device comes with fitness-focussed features and offers performance metrics, running apps and dedicated maps to find cycling and running routes.

However, it can be said that by adding these unique features to its smartwatches, Garmin has made them relevant to very specific audiences. So, the pilot-focussed smartwatch will not be very handy if the pilot one day decides to go for hiking. Or the smartwatch aimed at sailors may not prove to be very useful if the sailor decides to go for a race. While these features surely make these smartwatches unique, they also bring in some downsides.

Avani Baggahttp://www.gadgetbridge.com
Avani has an immense love for reading, travelling and food, but not necessarily in the same order. Avani almost started pursuing law, but life had other (better) plans for her and she chose to be a writer instead (luckily!) She previously covered technology at Times Internet and wrote about smartphones, mobile apps and tech startups. When she’s not writing, you’ll be able to find her in book stores or catching up on her social life.
Facebook
Twitter
WhatsApp
Linkedin
ReddIt
Email
Previous articleApple’s latest iPhone ad emphasizes that ‘privacy matters’
Next articleThese Xiaomi smartphones will soon get the Android Pie update