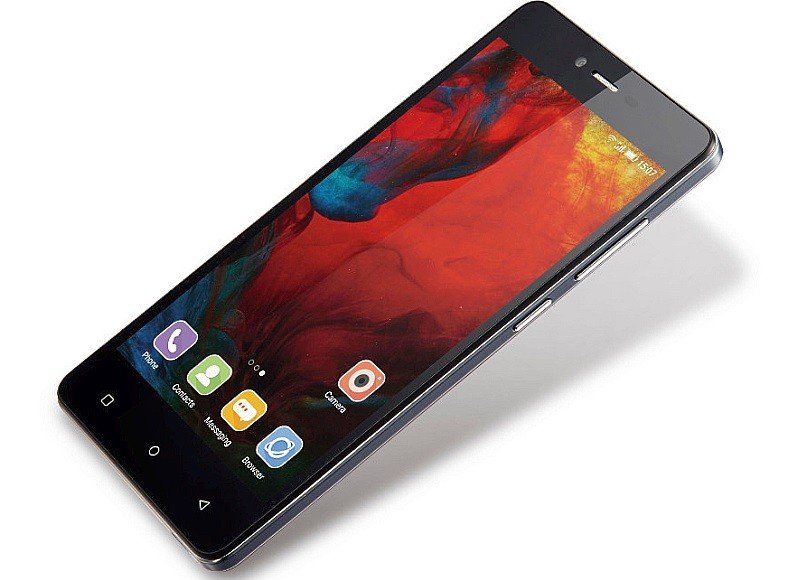 Gionee has just expanded its smartphone portfolio with the launch of the new F103 smartphone. The Gionee F103 smartphone features glass back panel while sporting a metal frame. The smartphone will come in three colour variations. These consist of pearl white, dawn white and black.

Timir Baran Acharyya, GM, Gionee India said, “With our F series we have achieved to get both design and performance in one device and consumers gets the best from both the worlds. F103 is a power packed device a great design which not only gives great performance but also adds the style quotient to the consumer who carries it out.”

The Gionee F103 smartphone features a 5-inch HD (720×1280 pixels) IPS display, which comes with Dragontrail glass for protection. The smartphone is powered by a 64-bit 1.3GHz Quad-Core processor that runs on MediaTek MT6735 chipset coupled with 2GB of RAM. It comes with 16GB of inbuilt storage, which is further expandable via microSD card (up to 32GB). The Gionee F103 is a dual-SIM smartphone with dual standby support. It runs on Android 5.0 Lollipop operating system with the Amigo 3.0 skin on top.

On the cameras front, the Gionee F103 is equipped with an 8-megapixel rear camera with LED flash and autofocus. There is also a 5-megapixel front camera. This smartphone offers 4G LTE, 3G, GPS, Wi-Fi, Micro-USB and Bluetooth as connectivity options. The device packs a 2,400 mAh battery, which should keep it running for 24 hours.

Ajay Singhhttp://www.gadgetbridge.com
Ajay Singh might still be studying English (Hons) from DU, but his skills over the language are pretty much top notch. He wants to quickly learn the ropes of journalism. Tech and gadgets fascinate him. His passion for the same drives him to research about new things tech. He tries to stay on top of gadget news. If there is a new tech toy launched, we are most likely to go up to him for its news. He likes to read and is crazy about travelling. He is also a cricketing ace and cannot resist a good Dosa.
Facebook
Twitter
WhatsApp
Linkedin
ReddIt
Email
Previous article
Saavn app now available on Windows store for Windows 10 users
Next article
Karbonn Titanium S200 HD Android smartphone comes with 21 language support at Rs 4,999