The device comes with a black colour leather finish back panel 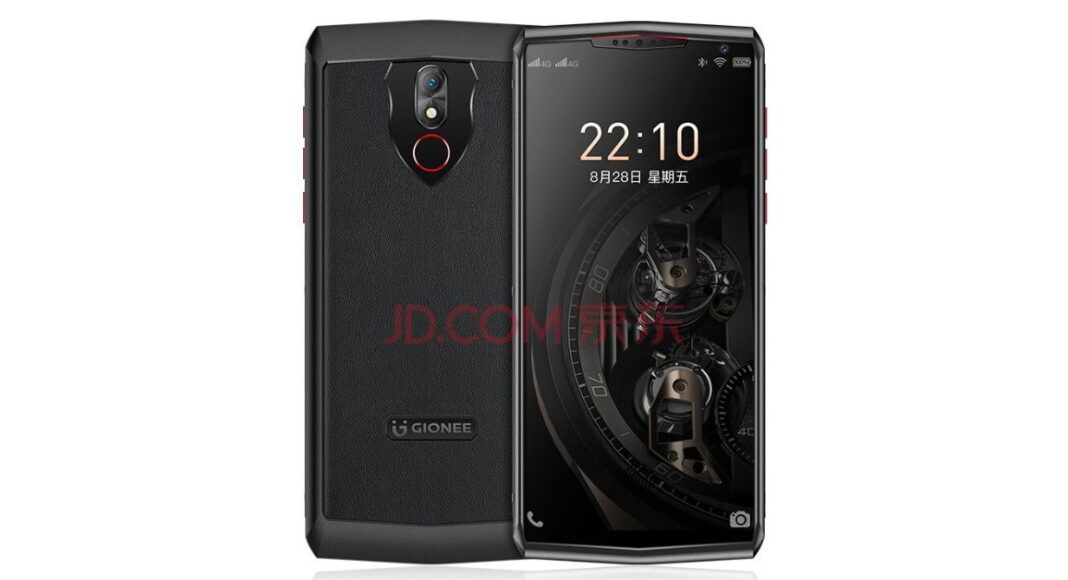 In India on Tuesday the Chinese company Gionee launched its budget smartphone Gionee Max. The company introduced another new device, the Gionee M30 in its home market China. The company is first to bring a device with a monstrous 10,000mAh battery. The handset is priced under mid-range segment and includes a single rear camera plus a selfie shooter along with a rear-mounted fingerprint sensor.

Gionee M30 has been introduced in China in a single 8GB of RAM with 128GB of onboard storage priced at CNY 1,399 that translates to Rs 15,000. It comes in a lone black colour variant with a leather finish rear panel. The device is expected to go on sale in China soon via JD.com but as of now, there is no word from the company about the international availability of the smartphone.

The Gionee M30 features a 6-inch HD+ LCD display with 720×1,440 pixels of resolution. The device is powered by an octa-core MediaTek Helio P60 processor paired with ARM Mali GPU for graphics. It will be available in a single GB of RAM and 128GB internal storage. There is a dedicated microSD slot that will allow the users to expand the storage up to 256GB.

In terms of imaging, there are a total number of two cameras on the phone one on the rear and one on the front. The rear camera comes with a resolution of 16-megapixel, while on the front there is an 8-megapixel selfie camera. For security, there is a face unlock feature along with a dedicated encryption chip that comes integrated inside the phone for additional security.

Komila Singhhttp://www.gadgetbridge.com
Komila is one of the most spirited tech writers at Gadget Bridge. Always up for a new challenge, she is an expert at dissecting technology and getting to its core. She loves to tinker with new mobile phones, tablets and headphones.
Facebook
Twitter
WhatsApp
Linkedin
ReddIt
Email
Previous articleOppo F17 series set for a launch in India for September 2: Everything we know so far
Next articleSamsung Galaxy M31s now available via Amazon and Samsung Shop