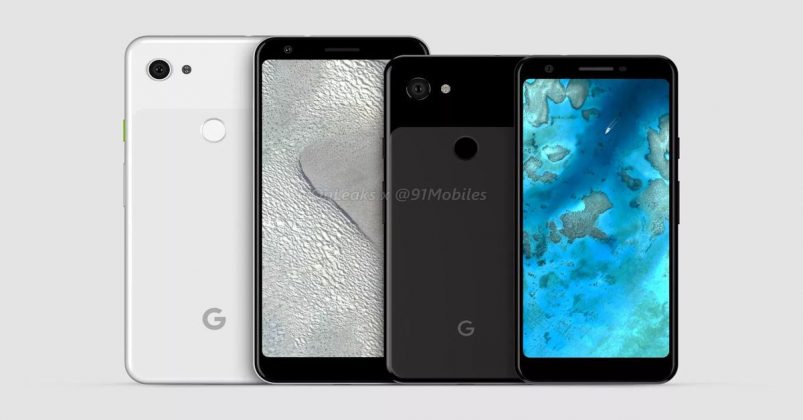 The Google Pixel 3 Lite and Pixel 3 XL Lite will launch sooner than you think. As reports suggest, they would probably launch in spring of 2019. The rumour was sparked when Google signed a deal with Verizon. The pricing and launch date are not yet known and we will come to light in the coming months. Previously the Pixel 3 Lite and 3 XL Lite have been reportedly spotted in renders, too.

Industry insiders recon that these smartphones will be cheaper than the regular versions of the Google Pixel 3 and Pixel 3 XL. Hence these could come with a price tag of USD400 or USD500 (Rs 28,000 to Rs35,000 approx).  According to some past reports the Google Pixel 3 Lite and Lite XL are said to have 4GB RAM and 32GB on-board storage. Unfortunately, the Pixel 3 Lite would not have a microSD card slot. Also, there is no word that the Pixel 3 XL Lite would come with a microSD card, too.

Over that, there is a single 12-megapixel rear camera on both phones combined with a front camera of 8MP. The Pixel 3 Lite would have a 5.5-inch display and the Pixel 3 XL Lite would feature a 6-inch display. Screen resolution of the mobile device is 1,080×2,160 pixels and comes with an aspect ratio of 18:9.

A recent ARCore APK teardown had also revealed the codenames of the upcoming Google Pixel smartphones as ‘Bonito’ and ‘Sargo’. Though these handsets come in the mid-range category of mobiles, they are expected to offer enhanced photography experience just like some of the more expensive ones do. Also, both of them are expected to have a polycarbonate construction. The smartphones are said to carry a Qualcomm Snapdragon 670 or Snapdragon 710 SoC. And they would reportedly have a traditional 3.5mm headphone jack.

Connectivity options of the Google Pixel 3 Lite and 3 Lite XL include WiFi 802.11, hotspot, Bluetooth 5.0, GPS, NFC and USB 3.1 Type-C. The handset will house a 2,915mAh non-removable battery. This seems a to be a bit less, but with USB Type-C port, the smartphones are likely to have the fast charging feature.

It would run the latest Android Pie operating system. Like its kin, we are expecting Google Pixel 3 Lite and 3 Lite XL to come in various colour options. Since Google Pixel 3 and Pixel 3 XL have not created a large fanbase for themselves, will these two new models be able to turn the fortunes around of the smartphone business by the search giant.