The company will also bring a new smart speaker and Chromecast 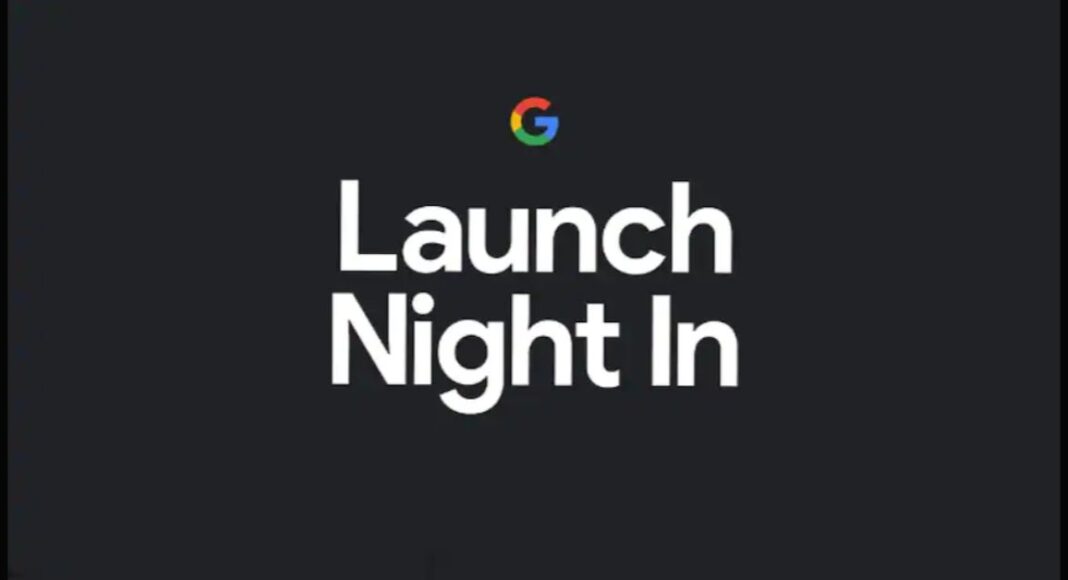 The Popular search giant Google is going to launch its latest Pixel devices in the market. The company is going to unleash Google Pixel 5 and Google Pixel 4a 5G today via a virtual launch event. The company has also titled the event as ‘Launch Night In’. Alongside both the devices the company is also going to unveil a new smart speaker and Chromecast as well. The Google Pixel 5 is expected to be powered by Qualcomm Snapdragon 765G SoC, an OLED hole-punch display along with reverse charging tech. While on the other hand Google Pixel 4a 5G is tipped to come with a similar processor as of Pixel 5 with an identical dual rear camera setup with a 12.2-megapixel primary sensor.

How to watch the launch event

The virtual event titled ‘Launch Night In’ will be hosted by the tech giant today. The event is going to kick off at 11 am PT that is 11.30 pm IST. In the event, the company is going to reveal Google Pixel 5 and Google Pixel 4a 5G phones with new smart speakers and Chromecast. The Launch Night In will be premiered via YouTube. You can also watch it here on our website as we have embedded the link below.

The Google Pixel 5 is expected to cost around EUR 629 that translates to Rs 54,000 for the 8GB RAM with a 128GB storage option. The device is tipped to be offered in black and green colour options.

On the specification front, the leaks suggest that the phone will feature a 6-inch OLED display with 1,080×2,340 pixels of resolution. Moreover, it will have support for a 90Hz refresh rate panel with 432ppi pixel density, and 19.5:9 aspect ratio and Gorilla Glass 6 protection. It is likely to be powered by a Snapdragon 765G SoC paired with 8GB of RAM and 128GB of non-expandable storage.

Pixel 5 is speculated to come with a dual rear camera setup with 12.2-megapixel primary sensor and OIS support with f/1.7 aperture. The set will further include a 16-megapixel wide-angle with a 107-degree field of view (FOV) and f/2.2 aperture. On the front, there might be an 8-megapixel camera with an f/2.0 aperture.

The device is expected to be backed up by a 4,080mAh battery with 18W fast charging and reverse wireless charging support. There will be a rear-mounted fingerprint scanner on the phone and is IP68 certified for protection against water and dust. There will be WLAN, NFC, Bluetooth 5.0, and a USB Type-C port as connectivity options.

Prior to the official launch, the pricing as well as the specification of Pixel 4a also leaked on the web. The device is tipped to come with a price tag of $499 that translates to Rs 37,000.

The smartphone is said to be powered by Snapdragon 765G SoC similar to Pixel 5 paired with 6GB/8GB of RAM with a 128GB storage option. There will be a 6.2-inch full-HD+ OLED display with 1,080×2,340 pixels of resolution, 413ppi of pixel density, HDR support, and Corning Gorilla Glass 3 protection.

On the imaging front, the device is said to include a similar rear camera set up and a selfie camera as of Pixel 5. Moreover, the handset is likely to include a 3,885mAh battery with 18W fast charging support.

While the conductivity options are also identical to Pixel 5 however this one might include a 3.5mm headphone jack which Pixel 5 lacks.

Komila Singhhttp://www.gadgetbridge.com
Komila is one of the most spirited tech writers at Gadget Bridge. Always up for a new challenge, she is an expert at dissecting technology and getting to its core. She loves to tinker with new mobile phones, tablets and headphones.
Facebook
Twitter
WhatsApp
Linkedin
ReddIt
Email
Previous article
Huami Amazfit Neo: This retro-designed smartwatch to go on sale in India for Rs 2,499
Next article
Google decided to not enforce the time limit till March 31, 2021, now the Meet users can make unlimited time video calls