Google Pixel 6 and Pixel 6 Pro launch set for October 19: Here is everything about the upcoming flagship

Both the phones will come with Android 12 out of the box. 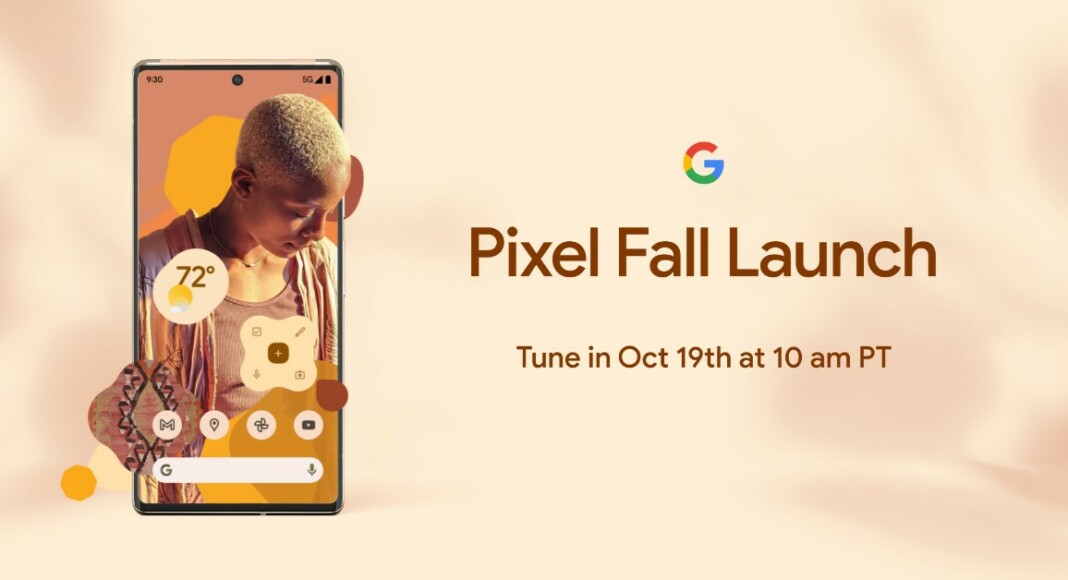 Google has finally and officially announced the launch date of Google Pixel 6 and Pixel 6 Pro. The tech giant will be hosting a Pixel fall launch event on the coming Tuesday that is on October 19. In addition to the launch of its flagship device, the company might also officially announce the release of Android 12.

The launch event will be hosted live on the company’s official YouTube channel and on social media platforms at 10 am PT that is 10:30 PM IST.

The dedicated event page has been interestingly designed that lets you hold a spacebar on the website that changes the colour and the background music according to your mood. Also, October 19 was the most rumoured launch date while the sales are likely to begin from October 28. 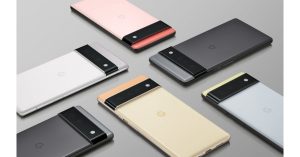 The company has not revealed much information about the upcoming event. But the price of Google Pixel 6 and Pixel 6 Pro was leaked much ahead of the official event. Leaks suggest that the Pixel 6 could be priced around EUR 649 that converts to Rs 56,100 whereas the Pixel 6 Pro could bear a price tag of EUR 899 that translates to Rs 77,700.

It is also speculated that the vanilla variant will be available in two colour options of Carbon and Fog. The carbon variant is rumoured to be a black one while the Fog will be green in colour.

Even before the pricing was leaked the hands-on video of Pixel 6 Pro also surfaced online. The video was shared by YouTuber M. Brandon Lee the same tipster who tipped the pricing of Pixel phones. The display of the device shows thin bezels and chin and has a hole punch to house the selfie camera. The power button and the volume rocker is seen on the right side of the frame whereas the back of the phone carries a horizontally mounted triple rear camera set up.

The Google Pixel devices feature a dual-tone design with a camera bar that runs across the width of the smartphones. The company earlier confirmed that it has used new materials and finishes such as the Pro’s light polished aluminium frame, and the 6’s matte aluminium finish.

In terms of specifications, it is already confirmed that the Pixel 6 Series will be powered by the company’s in-house Google Tensor chip. Reportedly both the handsets may feature a 33W fast charging. In addition to these upcoming phones, may include a Live Translate feature that will translate captions, messages and more with the camera’s viewfinder. It is also said to include an in-display fingerprint sensor as well.

According to Google, the Pixel 6 and Pixel 6 Pro will combine the same beautiful aesthetic across software and hardware with Android 12, to the new Tensor SoC. According to the company, most of its features are powered by AI and ML. The processor has been designed in such a manner to make Pixel even more capable.

For a better photography experience, the rear camera set-up has been upgraded with improved sensors and lenses are now too big to fit into the traditional square — so the new design gives the whole camera system a new home with the camera bar.

Will Google Pixel 6 and Pixel 6 Pro launch in India?

No, both the smartphones are not slated to launch in India at the moment.

Komila Singhhttp://www.gadgetbridge.com
Komila is one of the most spirited tech writers at Gadget Bridge. Always up for a new challenge, she is an expert at dissecting technology and getting to its core. She loves to tinker with new mobile phones, tablets and headphones.
Facebook
Twitter
WhatsApp
Linkedin
ReddIt
Email
Previous article
AIWA announced its new range of Hi-Fi speakers in India
Next article
Whirlpool W Series 4 door refrigerator launched in India