The Google Pixel 6 and Pixel 6 Pro look really cool, to be powered by Google Tensor chip

The Google Pixel 6 Pro, Pixel 6 will feature a dual-tone finish on its back. 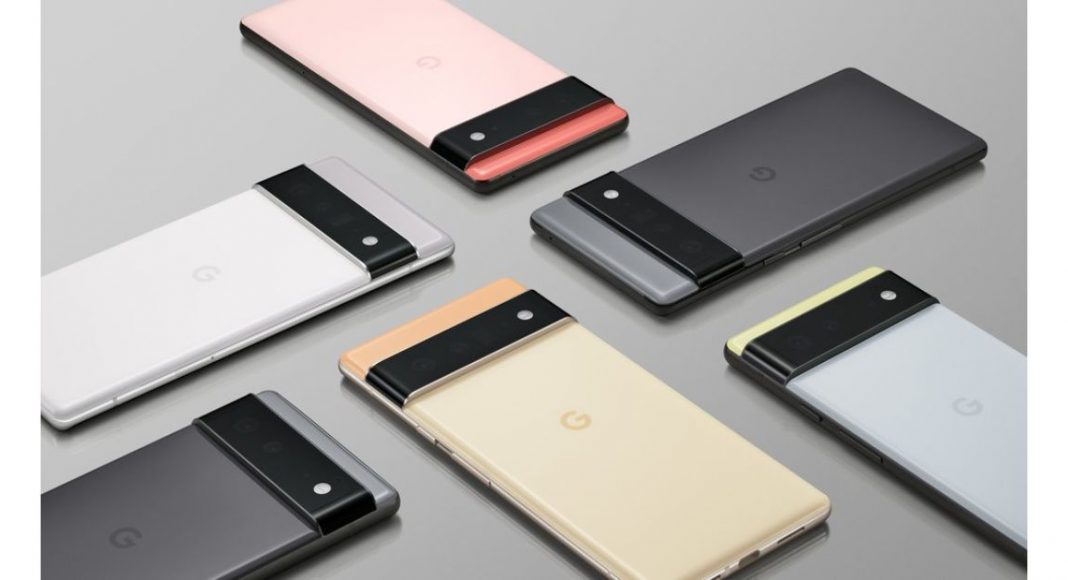 Earlier Google explicitly never confirmed the existence of a custom Tensor processor nor about the upcoming Pixel 6 devices. But now the company has given an early look at Google Pixel 6 Pro, Pixel 6 but has also shared the details of the custom-developed Google Tensor chip.

The Google Tensor processor is the company’s latest SoC that was in process for quite some time now. This is claimed to provide a whole new camera,  speech recognition and other new experiences. As per the company’s CEO Sundar Pichai the company took about 4 years to develop the chip and will be shipped on the upcoming Pixel 6 and Pixel 6 Pro during the fall. He has also shared the exclusive images of the flagship device and trusts the handset can take the market by its storm. The device looks so posh and new that we would love to get our hands on it. But considering the lavish design, the phones are surely going to cost many sums of money. 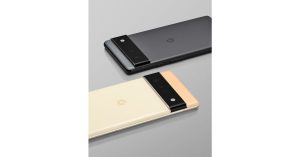 Also, the design is similar to what we have seen in the past leaks. Shedding more light upon the new Tensor chipset which is Google’s first custom-built SoC specifically designed for Pixel phones, and it will power the Pixel 6 and Pixel 6 Pro later this fall.

Like we mentioned the Pixel series will arrive this fall and the company will share more details at the launch like new features, technical specs and pricing and availability. But prior to the launch, the company has given an exclusive preview of the devices.

According to Google, the Pixel 6 and Pixel 6 Pro will combine the same beautiful aesthetic across software and hardware with Android 12, to the new Tensor SoC. For a better photography experience, the rear camera set-up has been upgraded with improved sensors and lenses are now too big to fit into the traditional square — so the new design gives the whole camera system a new home with the camera bar.

In terms of design and built Google has used new materials and finishes such as the Pro’s light polished aluminium frame, and the 6’s matte aluminium finish. And yes both the phones will come with Android 12 out of the box.

Now about the new custom-developed Google Tensor chip most of its features are powered by AI and ML. The processor has been designed in such a manner to make Pixel even more capable. As per the company, the new silicon will bring entirely new features, plus improvements to existing ones. It will make the Google Phones capable of providing a more personalised experience along with Tensor’s new security core and Titan M2, Pixel 6 will have the most layers of hardware security in any phone. 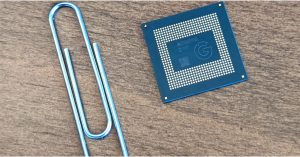 “You’ll see this in everything from the completely revamped camera system to speech recognition and much more. So whether you’re trying to capture that family photo when your kids won’t stand still or communicate with a relative in another language, Pixel will be there — and it will be more helpful than ever. We look forward to sharing more about Pixel 6 and Pixel 6 Pro later this year,” the company stated.

Last year Google Pixel 5 was all about the midrange segment considering design and specs. But this time it is surely going to change things by bringing a new premium Pixel device.

Komila Singhhttp://www.gadgetbridge.com
Komila is one of the most spirited tech writers at Gadget Bridge. Always up for a new challenge, she is an expert at dissecting technology and getting to its core. She loves to tinker with new mobile phones, tablets and headphones.
Facebook
Twitter
WhatsApp
Linkedin
ReddIt
Email
Previous article3 August 2021 Flipkart Daily Trivia Quiz Answers: Answer to win exciting prizes
Next articleAmazon Great Freedom Festival Sale announced, starting on August 5